Winning the lottery: let's talk about superstition, cabal and numbers 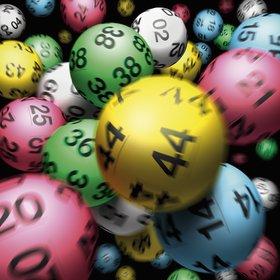 Who wouldn't like it win the lottery? I have to admit that I have never bought a lottery ticket because I firmly believe that everything is in the hands of chance, but I also recognize that the idea of ​​getting rich overnight teases me, as I suppose everyone does. Every week, millions of people around the world buy their respective tickets in the hope that the goddess of fortune will accompany them and so they can change their lives once and for all. What most of these people do not think about (and even if they are told they do not believe it anyway), is that the lives of people who win the lottery do not exactly turn into a wonderful paradise, indeed, many of them end up committing suicide or with more debt than they had before winning the "big shot" (you can find more details in my previous article: "Lottery: Is Winning the Prize the Solution to Our Problems?"). We know well (but do we really know ?!) that lucky lottery numbers are drawn simply at random, which is why there is no way to predict which numbers to bet on. So ... what to do? Do we resign ourselves to statistical probabilities? Many choose another path: they put their hand to superstition and to cabala hoping to "guess" the winning numbers. What are the most common strategies? Playing a lucky number repeatedly, betting on the birthday of a loved one, on the age of a person close to you or simply choosing the numbers that you have glimpsed in a dream. A team of scholars led by Wiseman has been dedicated to analyzing a thousand regular players. The method used was very simple: they leaned on an "Out of this world" television program, broadcast by the BBC, and asked these people to communicate their favorite numbers in advance, to indicate how lucky or unfortunate they felt, and what methods used to dial numbers. Researchers quickly realized, evaluating over two thousand tickets, that people who considered themselves lucky had an extraordinarily identical preference; the most prevalent numbers were: "1, 7, 17, 29, 37 and 44". Obviously, the winning numbers for this Saturday were: "2, 13, 19, 21, 45, 32". In short, not even a coincidence. Nor did the superstition get any good results, the researchers found no statistically significant coincidence. But evidently the people who are preparing to buy a lottery ticket do not think like these researchers. What happens in the minds of these people? We can refer to two basic mechanisms that motivate the player: - Illusion of control: when people include their superstitions in a totally risky game, they feel they can control some of the elements involved in the selection of numbers. This illusion of control gives them enough confidence that they can bet one more time. - Establish illusory correlations: they are firmly convinced that they have succeeded in establishing a correlation that determines the gambling. As if to say, they are convinced that there is a certain relationship between a lucky date and numbers. A very nice example of these illusory correlations can be found in Wagenaar's book on the paradoxes of player behavior: in the year 1734, the magazine "The Dutch Spectator" contained a curious advertisement, in which a gentleman offered to pay the owner ticket number 1431 five times more than the price paid for it. Because? His reasoning was based on the fact that if you subtract 1431 to 1734 the result is 303. On the day the advertisement was published this person was 25 and a quarter years old, which in total is exactly 303 months, a circumstance that he could not remain without reward. There is nothing to add… In this way, the person who plays, not only believes he can control the case but is even able to predict it by making use of a series of actions based in superstition that give him some confidence. Probably without this type of trust, no one, or almost anyone, would play.

add a comment of Winning the lottery: let's talk about superstition, cabal and numbers