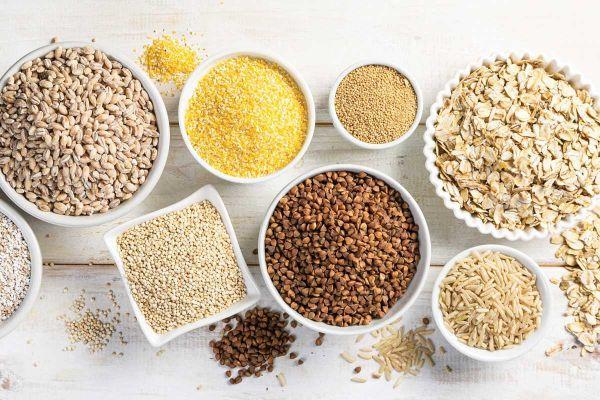 By now it is more than known, it is well known that the best way to taking cereals is eating them whole.

authoritative scientific sources they recommend us to do so, coming in some cases to believe i refined grains, and the foods made with them, even not suitable for human consumption and, especially when taken in large quantities as we often do with pasta, rice and bread, harmful.

If it is true refined grains are easier to store, more practical to cook and easier to digest, it is also true that their nutritional intake is almost zero, as the germ of the seed and the bran, the vital parts of the seed, are eliminated.

Without fueling alarmism, let's try to knock one out list of good reasons to go back to eating almost exclusively Whole grains: corn, wheat, barley, oats, rice, spelled, millet, sorghum, quinoa and so on and so forth.

As we said, the seeds including germ and bran are rich in nutrients: fiber, vitamins (especially those of group B), various antioxidants, and various traces of numerous trace elements; all elements almost completely absent in refined cereals.


They are also the best source of dietary fiber, both soluble and insoluble, much more than fruit and vegetables.

Fiber is essential for the proper functioning of the body and is almost absent in refined cereals; helps fight diverticulosis, intestinal inflammation, diarrhea, constipation, abdominal pain.

How to digest fiber: here are some suggestions

It is proved that one diet rich in whole grains and low in refined grains lowers the risk of contracting numerous pathologies, among which we mention cardiovascular problems, type 2 diabetes, obesity and some forms of cancer, especially colon cancer.

Whole grains help the body a not absorb bad cholesterol and lower triglycerides, number one suspect in cases of heart attack.

Scientific studies show that who regularly eats whole grains, especially barley, lowers the possibility of running into problems caused by high cholesterol by 30%.

The contributions of cereals to our cardiovascular system do not stop at lowering cholesterol and triglycerides: whole grains lower blood pressure, reducing by 20% the possibility of contracting hypertension in people who consume it daily.

Dutch scientific studies reveal that children between the ages of 4 and 8, who grew up eating whole grains regularly, have a reduced risk of contracting asthma, rhinitis and numerous allergic forms.

A large-scale study seems to have shown that the consumption of whole grains reduces the risk of gum-related problems by 25%, taking into account that the real risk factors are mainly smoking, alcoholism and poor or incorrect oral hygiene.

Large-scale studies have shown that women who regularly take whole grains via sprouts, bread with bran, brown rice, etc., have a risk of gaining weight over the years reduced by 20% compared to women who preferably consume refined grains.

Not only that: the way in which weight is controlled through a diet that integrates whole grains is very healthy because it is not based on simple weight reduction, but on its own correct distribution, although a noticeable actual weight loss exists, due to the sensation of satiety brought by cereals.

How many whole grains to eat?

How many cereals should be consumed? Everything varies according to metabolism, sex, age, physical activity and the type of work performed.

We can say that in general the amount of cereals to be taken daily varies from 100 to 200 gr, of which i 2/3 should be Whole grains.

In this dose, breakfast cereals, bread, pasta or rice, biscuits and any type of processed cereal must be considered.

Alongside whole grains, pseudocereals, such as quinoa and amaranth, should also be promoted, which are particularly rich in antioxidants, vitamins, iron, and numerous amino acids that are interesting for maintaining a high level of health.

Why is eating whole fiber so good?

Audio Video Why eat whole grains?
Nerve foods: what they are and when to eat them ❯