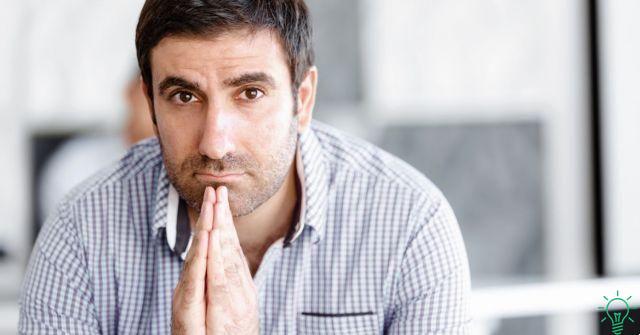 In this article we have reported the 13 psychological reasons why men cheat on their women.

Robert Weiss, Ph.D., MSW, is an expert in the treatment of adult intimacy disorders and related addictions. He specifically studies sex/porn/relationship addictions along with drug/narcotic addiction. Weiss, a practicing clinical sexologist and psychotherapist, is frequently consulted as an expert by major media outlets, including CNN, HLN, MSNBC, OWN, The New York Times, The Los Angeles Times.

The psychological reasons why men cheat on their women

Weiss tells in an interview:

"After nearly thirty years of working with couples decimated by infidelity, I can say that men who cheat on their wives or girlfriends can be incredibly creative when trying to explain why."

[Yes, even women cheat. We will talk about it in another article]

“As a therapist, I find the motivations cheating men use to justify their actions fascinating, because almost all of these reasons imply that the betrayal was the only logical solution to their relationship or life problems. I often find myself thinking that sure, infidelity is an option, but only one of many. Wouldn't it be better to find a hobby or volunteer to make the world a better place, or talk to your counterpart about how you feel and how you could create a more satisfying relationship? Surely these choices would be better than lying and manipulating a woman he really cares about."

The excuses invented by men

But some men don't have this kind of insight. Then, when they are discovered, they downplay, rationalize, and justify their behavior with statements like:


In the therapy industry, we have a name for this type of behavior: Denial. From the point of view of psychotherapy, denial is a series of lies and deceptions that people use to convince themselves that their behaviors are justifiable. Typically, each betrayal is supported by one or more rationalizations, each based on various falsehoods.

To an unbiased observer such as a therapist, an individual's denial of betrayal usually appears as sound as a house of cards, yet these men stubbornly insist that their logic is sound.


This, of course, begs the question: why? Why do men cheat? And why do they sometimes continue to cheat after being caught, even in the face of deeply unwanted consequences like divorce, loss of contact with parents, loss of social respect, and the like?

The psychological reasons why men cheat

The truth is that many dynamics can affect a man's decision to cheat. Usually, however, his choice to cheat is guided by one or more of the following factors:

For most men, multiple factors determine the choice of betrayal at the same time. And sometimes the reasons for a man's infidelity evolve with the changing circumstances of his life. Regardless of the real reasons why he cheated on him, he didn't have to. There are always other options: couples therapy, pursuing a hobby, being open and honest with your partner, and working to improve the relationship. In extreme cases, separation or divorce may also be considered. A man always has options that do not involve embarrassment and the possible ruin of his integrity and life that he and his better half have created. However, knowing why he cheated can help you avoid repeating the same behavior in the future.

We hope that this article on why men cheat has been useful to you. Of course, we will be delighted to hear from you. If you'd like us to also post an article on why women cheat, let us know in the comments below!

If you want to read other psychology articles, visit the corresponding section on Fervid Inspiration:

Why is a book always a great gift? 10 reasons ❯

add a comment of Why Men Cheat: 13 Psychological Reasons