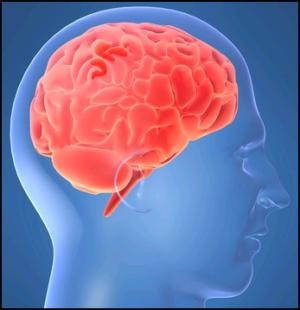 We know that the brain ages, like any other organ in the human body. But not all brains age in the same way, to a large extent it depends on how we have used our abilities and how we have been able to take advantage of our brain potential (without neglecting the role of genetics and biology of course).

A recent study, developed by Washington University in St. Louis, suggests that our personological peculiarities may play an important role in 'aging brain. The research in question involved 79 volunteers aged between 44 and 88 years. These people had MRI scans and a series of tests to determine their personality traits. The study basically focused on the temporal and medial prefrontal regions of the cerebral cortex, since they are the areas that suffer the most changes during aging and that are involved in the processes of attention, memory and emotion. Thus, also supported by statistics, it was possible to observe that people who presented neurotic traits also showed lower volumes of gray matter in the brain regions: frontal and medial temporal, compared to those people who did not show these personological traits. The orbitofrontal cortex, whose functions are essential for socio-emotional processing, showed similar results. In a general sense, neurotic people always showed less brain volume. To tell the truth these results are nothing new under the sun, given that a year earlier a group of specialists from Madrid after studying 121 different cases, stated that the same decrease was observed in patients suffering from schizophrenia and bipolar disorder. in brain gray matter levels. Although the study is interesting and the results deserve consideration, an ancient question still remains unanswered: is it the personological peculiarities that lead to changes in the brain, or are it changes in the brain that lead to the development of certain personality traits? Of course, since nothing in psychology presents a simple and linear relationship, I would venture to say that the mental predisposition as well as the way we relate to the surrounding environment affect each other mutually, which would explain why with age, the more marked personological characteristics seem to be further strengthened.

add a comment of Brain aging follows our personality