The risk of suffering from high blood pressure associated with the use of the birth control pill is higher in women over the age of 35, obese, who have suffered from hypertension in pregnancy, with kidney disease and a family history of high blood pressure. 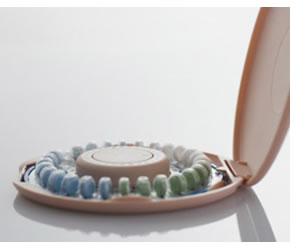 The duration of estrogen-progestogen contraceptive therapy also seems to influence this risk, increasing it proportionally.

Regardless of blood pressure values, smoking drastically increases the risk of cardiovascular complications associated with the use of the contraceptive pill. It should be avoided in those who want to use the pill, or other hormonal contraceptives, including those with a hypotensive effect (drospirenone).

Birth control therapies may contain synthetic derivatives of estrogen and progesterone, or only the latter. The risk of undergoing significant blood pressure increases appears to be greater for the former, but some studies underline slight increases in diastolic blood pressure even in some women who use the so-called (progestin) minipill, which is also accused of worsening the lipid profile of those who take it. . Some recently introduced contraceptives, such as drospirenone, can also be used in case of hypertension (which until recently was a contraindication to the use of traditional birth control pills).

Drospirenone is a synthetic progestin with similar action to spironolactone (it is a mild diuretic); therefore, its use is not only separated from any increase in blood pressure, but even carries out a protective action on the high blood pressure front.


The current availability of various types of hormonal contraceptives, with different and constantly updated indications, allows the gynecologist to customize the choice based on the contraceptive needs of the woman and her state of health. Even drospirenone, just to cite an example, certainly has a not negligible list of contraindications and potential side effects.

add a comment of Birth control pills and hypertension