Treatment with antidepressants has as its main purpose the remission of the disease, restoring a good state of health - physical, mental and social - in the patient suffering from depression. Another goal of therapy is to prevent relapse phases. 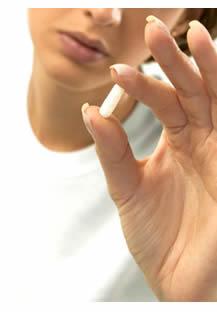 According to the guidelines of the American Psychiatric Association, the phases of antidepressant drug therapy include 4 steps which will be briefly described.

What is meant by "treatment resistant depression"?

The term refers to cases in which the sick person does not respond correctly to drug treatment with antidepressants. Specifically, we talk about treatment-resistant depression when there is an absence of response to at least two drugs that belong to two different classes and that are used according to a therapeutic regimen. It has been found by numerous studies that among individuals diagnosed with major depression, approximately 30-50% of subjects do not respond adequately to first treatment with antidepressant drugs. Not only that, it has been observed that even after multiple changes in an attempt to find the best drug, up to 10% of individuals with depression continue to have residual symptoms of the disease.

Currently, the predictors of drug resistance have been divided into two groups: socio-demographic factors and clinical factors. For example, among the socio-demographic factors it has been observed that the female gender is more predisposed not only to the development of the disease, but also to develop resistance to subsequent treatment. Considering clinical factors, on the other hand, factors such as age of onset, familiarity with mood disorders, severity of symptoms and chronicity of the disorder have a negative influence on the therapeutic response.

Levels of resistance to antidepressant treatment

Two main systems have been identified in the literature that allow the classification of the different stages of treatment-resistant depression.
The first system was born in 1997 and considers six different stages classified from zero to six in relation to the response to the different treatment mechanisms. In short, the zero stage corresponds to a pseudo-resistance, in which the patient is considered unresponsive but the doses and times of treatment are not adequate. In stage one, on the other hand, we speak of relative resistance, since the sick individual does not respond to the first treatment with a drug of proven efficacy, administered regularly at the correct doses and for the indicated time. The stages identified with this system increase in severity as they increase in number. The last stage corresponds to a situation called absolute resistance where patients do not respond to three different attempts with antidepressants associated with bilateral electroconvulsive therapy.
The second system that allows the classification of the different stages of depression, on the other hand, identifies three degrees of resistance to drug treatment. This system is based on the type of response to the different attempts and the duration of the treatment phases.

How to treat drug resistance?

To date, strategies for the treatment of drug resistance include an optimization of existing therapy, substitution with another antidepressant or the combination of two or more antidepressants. Finally, treatment enhancement can also be implemented by administering drugs that are not primarily antidepressants.

What criteria are followed in replacing the drug with respect to the one administered initially?

In order not to expose the patient to the risk of drug interactions or undesirable effects, the initial antidepressant is generally replaced with another drug belonging to the same class or with another belonging to a different class.
It is important to remember, however, that in addition to the advantages described above, this practice also has some disadvantages. These include longer remission times both for the latency of action of the new drug and for reaching its optimal dosage.

Another way to treat drug resistance is to combine antidepressants; it involves the association of two or more antidepressants to avoid the condition of drug resistance. This practice has the advantage that the patient can continue the therapy with the first treatment, avoiding the undesirable effects due to the suspension of the latter. Additionally, lower dosages of each antidepressant can be used, once again reducing side effects.
Among the disadvantages represented by this practice, patients could respond only to the second antidepressant, as if it were monotherapy; another disadvantage may be represented by the possible pharmacological interactions that the two drugs can develop in combination.

Finally, the last strategy used to treat drug resistance concerns potentiation. Again, this involves using multiple drugs. In this case, along with the prescribed antidepressant, another combination drug is used which is not necessarily another antidepressant. The purpose of this association is to enhance the effect of the antidepressant. The advantage of this choice is given by the possibility for the patient to continue using the initial drug. As for the possible disadvantages, there is once again the possible pharmacological interaction between drugs. Furthermore, there is little indication of long-term treatment.

add a comment of Antidepressants and drug resistance: analysis and solutions