The Stalemate | How to prevent it? 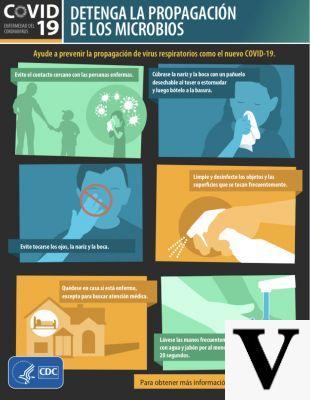 By the healthiergang writer Riccardo Pitarresi, athlete and Taekwondo instructor, majoring in Dietetics.

How to Prevent the Stall Phase (No to the Dirty Mass!)

Today we try to understand why subjects who undergo a high-calorie diet for too long have difficulty in increasing lean mass (but unfortunately fat mass increases!) And why obese people have an objective difficulty in losing weight; you will also find at the end of the article some useful food tips to say enough to the "belly" that increases: just sacrifice the body to put on muscles, know that you can do both at the same time!

We all know that managing body weight is not easy, how many times you have approached a diet without getting results. We must bear in mind that thinking in terms of kcal, i.e. the total amount of calories ingested and total kcal burned, is only one facet of a much more complicated picture. The latter cheats even more when we consider the hormonal structure that contributes to the swing in weight both positively and negatively.

The hormones that contribute to these fluctuations on the scales are many, but to simplify the discussion and try to make the already difficult topic as clear as possible (given that we enter the field of endocrinology) we focus on of one hormone in particular: Leptin.

Its main function is to interact with the CNS, or more precisely to make contact with the hypothalamic area, and it has the task of communicating to the brain the overall quantity of fat reserves: based on the quantity present in the organism, leptin it will modulate the main mechanisms that lead to a decrease or an increase in weight: hunger and energy-metabolic expenditure.

1. A thin person will have depressed amounts of leptin and the brain, which therefore has a deficit of the macro-compartment of lipid energy reserves, will dictate the body to increase body weight. This will happen through the reduction of energy expenditure and an increase in hunger, in order to introduce more food and reduce the waste of calories.

2. A fat subject, on the other hand, will have high amounts of leptin; all this leptin will communicate to the CNS that the fat stores are in excess and therefore the metabolism (i.e. the energy expenditure) will be accelerated and increased, and furthermore this situation will lead to a suppression of hormones capable of stimulating hunger (ghrelin, neuropeptide Y ).

Alteration of the Mechanism in Obese and in Massive Subjects

However, in the obese and in all those who have supported a high-calorie diet for a long time, this mechanism is altered: the most accredited hypothesis underlying the objective corruption of the mechanism superintending the regulation of energy expenditure and hunger, is that the high quantities of leptin saturate the transporters in the hypothalamus that allow the hormone to act on the sense of hunger, suppressing it.


If it is associated with this that overeating (especially with a high fat content) raises the body fat set point, leading the adipocytes to replicate again and again (due to the stimulation of the Ppar-gamma receptor at the level of the adipocyte nuclei, responsible for cell duplication), and consequently increasing the circulating leptin (produced by fat), it is clear that over time the obese in question, as well as the bodybuilder on duty (even if in the bodybuilder the situation is less tragic) will always have more difficult to maintain the same weight despite being able to reverse the trend in caloric intake, as well as will have difficulty in increasing their muscle mass due to the fact that carbohydrates will tend not to accumulate in the muscle, but to convert triglycerides and occupy dead space resulting in hyperglycemia.

So in short, very high levels of leptin as in the obese corrupt the mechanism that allows an efficient control of body fat reserves, not regulating the sense of hunger. If you then consider that leptin is able to inhibit insulin and that the condition of obesity leads over time to a reduction in cellular sensitivity to insulin, we immediately realize that everything will then be unbalanced towards the accumulation of fat.

Point of the situation

As we said before, this is also valid for all those who try to increase lean mass by overeating. Keep in mind this: excessive consumption of carbohydrates in the long run increases the levels of synthesized leptin and therefore prolonging a high-calorie high-calorie diet for too long will lead to a reduction in leptin sensitivity, an overstimulation of adipocyte replication, a suppression of insulin synthesis, to a reduction in insulin sensitivity and to a stimulation of the ex novo synthesis of lipids if the 400 g of CHO is exceeded.


This picture becomes the prerequisite for going into the stalemate in which by eating a lot, you will only increase body fat without having that increase in muscle mass you are looking for, precisely because the mechanism that regulates fat deposits is corrupted.

The most appropriate strategy to prevent or solve a problem of this caliber and to continue to obtain results without sacrificing the abdomen, hips and buttocks, is within a high-calorie diet, cycling the calorie intake, cycling the carbohydrates by alternating unloading phases to days of carbohydrate recharge, to reacquire and improve leptin sensitivity, avoiding that stalemate that is not appreciated by palestroids.

The cycling of CHOs, where 3-5 days of high-protein and hyperlipidic nutrition alternate (not necessarily low-calorie if we have a modest percentage of body fat) to lower leptin levels and 5-10 hours of carbohydrate recharge to raise them, could therefore prove to be a winning choice, because from time to time we will efficiently reset the stimulus that the carbohydrate determines in the leptin synthesis, favoring the restoration of normal synthesis, its functioning and its basal levels, improving insulin sensitivity and in total the metabolism.

This method, if appropriately associated with workouts aimed at exploiting these biochemical mechanisms (for example workouts capable of operating on the lipolytic band and achieving the depletion of glycogen stores), will allow you to get rid of excess fat, not to feel weighed down, to continue to gain lean mass and restore the normal accumulation of fat and its mobilization during the loading and unloading phase of carbohydrates, preserving and sometimes restoring that metabolic flexibility that allows us to modify the macronutrients without this entailing disadvantages but gain only in terms of benefits.

In this video, everything will be explained in an even more exhaustive way!

Audio Video The Stalemate | How to prevent it?
Best cinema training scene ❯

add a comment of The Stalemate | How to prevent it?