Manitoba flour, properties and use

Manitoba flour is an easily digestible soft wheat flour, rich in protein and gluten and low in starch. What are the properties, benefits, nutritional values ​​and calories of this food?

Manitoba flour, rich in protein and gluten and low in starch, it is an easily digestible product widely used for the production of bread, pandoro and panettone. Let's find out better.

> 1. How Manitoba flour is made

> 2. Properties and use of Manitoba flour 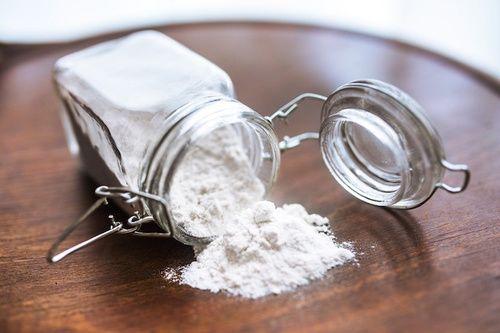 How manitoba flour is made

Manitoba flour is the product of the grinding of a kind of soft wheat, Triticum aestivum, originally from a region of Canada called Manitoba, in fact. It is an ancient and vigorous grain, already known to local populations, very resistant to low temperatures.

Properties and use of manitoba flour

Manitoba flour is also nicknamed "strong flour" by virtue of large amount of gluten which contains, compared to other flours, and the W (index of the bread-making capacity of the flour) which is equal to 360-400 compared to a normal flour that has a W that is around 200-220.

Manitoba flour possesses therefore a high protein content. Rich in glutenin and gliadina, the two proteins that combined together produce gluten in contact with a liquid. It also has a remarkable water absorption power (up to 80% of its weight). Due to the large amount of gluten it contains, it is not suitable for celiacs.

It is a product that comes from outside: the ever-increasing attention to sustainable development of the planet, welcomes the diffusion of so-called “Manitoba” flours (ie with a high W value) coming from local processes, as the diffusion of products linked to the territory has a lower environmental impact. This type of flour is now on the shelves of almost all supermarkets and has a higher cost than traditional flour.

Excellent for bread, which is swollen and spongy, and for the paste. Manitoba flour is particularly ideal for French baguette, panettone and pandoro, for making long-leavened pizza, savory pies and for making brioches and babà. Manitoba flour is the most used to make seitan. It also exists in the full version.

Manitoba flour, when mixed with other flours, is able to give the dough a good elasticity and strength. For example, preparing the bread dough in the evening and baking it the following morning is possible, without the leavening being compromised or the dough deflating or losing its tone.

Here follows the basic ingredients for pizza: 250 grams of 00 flour, 250 of Manitoba flour, a cube of fresh brewer's yeast to be dissolved in 250 grams of warm water with a teaspoon of sugar, 3 tablespoons of extra virgin olive oil, 2 teaspoons of salt.

Discover other recipes with manitoba:
> Propitiatory recipes for the Epiphany
> Natural sourdough yeast with manitoba

> Is Manitoba Flour Bad? When and how to use it

add a comment of Manitoba flour, properties and use