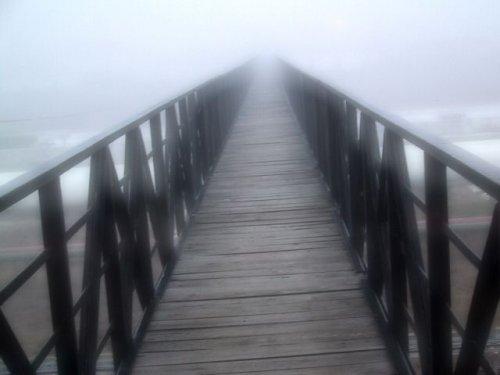 Destiny exists? It is a question that haunts me, many have asked it with the secret hope that they will be offered an excuse to believe in a better future or maybe who knows, they are just looking for a reason that justifies their defeats. I always respond following the Socratic style, since I believe that, intimately, everyone wants a psychologist to confirm their beliefs. So, I apologize in advance if these reflections diverge from the ideas about fate that feed many of the people who asked me the question.

However, it is vitally important to establish what we mean by the phrase: "destiny of life," which generally refers to the predetermined organization of events in the person's life in such a way that there is a predetermined ending.

So, if there is a predetermined ending to our lives, this can be predicted. Destiny turns into fertile land for fortune tellers, fortune tellers and other representative figures of the esoteric world.

Prophecy appears, finding sustenance in the power of suggestion

Let us always remember the Thomas theorem which states that if people define a situation as real, regardless of whether it is or not, it will be real in its consequences. This is how prophecy appears, and feeds on itself, and it does not matter if a starting situation is false, since it generates a series of behaviors that will validate it from the beginning. If a fortune teller tells us that we are destined to marry a person with light hair, we will probably unconsciously avoid people with dark hair and will be more open to those people who phenotypically respond to the description of the fortune teller.

We turn the coin to see the other side. What happens if we look at fate from a more scientific perspective?

First, the term prophecy will turn into prediction. Fate it is converted into the union of causes and effects, the previous and the consequent, therefore, it can also be prevented. In fact, there is nothing more common in the daily work of the psychologist than to predict the reactions of his patients. Who knows, maybe we all know a little about destiny, when we know a person well we can predict many aspects of his life ... We are all born analysts, more or less capable, more or less precise and our predictions depend on the amount of determinants we know about the person .

The more we know the character, the peculiarities of the personality, the details of childhood and adolescence, the group of friends… the more accurate our prediction will be.

We can say to a child: “if you continue to study like this you will become a successful professional”. However, even if the prediction is fulfilled, no one will label us as "soothsayer" or "prophet". How does this prediction differ from prophecies? In the fact that it has a logical, rational character and is exempt from suggestive power.

The fundamental difference between causality and chance lies in the "u". What is random lacks cause, while the causes of something are rarely random.

The problem lies in the fact that, if we assume the existence of destiny, we also assume that a large part of our life passes governed by those who manipulate the threads that escape our understanding and even of which we are unaware. Thus, the limits of our responsibility end with ourselves and vanish. How can we be responsible for something we don't control?

So it is better to understand destiny as the union of multiple factors of individual, social, genetic and cultural origin, which make us take one decision rather than another. Sartre made a masterly summary: "we are what we know how to do with what people make of us".

The short blanket dilemma, when we have to choose between two negative options ❯