Mental Models - How To Use Them To Empower Thinking 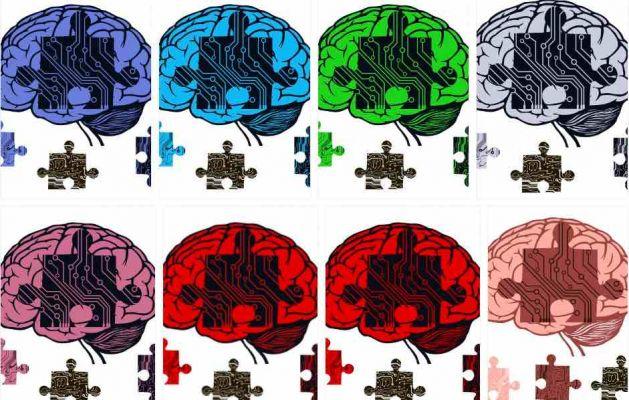 A mental model is a representation internal and simplified of how a certain reality works external.

Our brains use mental models to:

They begin to form from early childhood and are continually updated on the basis of our experiences, of our personal history, of what we study, of the external conditioning we receive.

you will tend to see much of reality through the lens of mental models that you formed on those occasions.

And the reason is simple: mental models are one way very economical to use our brain resources.

And, as we've seen in other articles, our brains like to save energy.

The advantages of mental models

Imagine for a moment if, every time you find yourself interpreting a phenomenon or deciding on a behavior, you had to rethink everything completely fresh!

Clearly, you would do very little.

Here instead, bringing back each new experience to mental models you have learned in the past, learning and decisions become much faster.

All the more so since, by its very nature, a mental model is born in a certain area, but can then also be applied in very different situations.

It therefore allows you to build continuously analogy between things you know and things you DON'T know.

An example of this type could be, to understand, the Pareto Principle, which I have often talked about here on the blog.

The Pareto Principle starts from an empirical observation made in the field of economic phenomena and which, originally, limited itself to asserting that "80% of wealth is in the hands of 20% of the people".

From there, by analogy, it spread to the most diverse areas.

And so, for example:

In short, from a principle valid in a given area, a general mental model applicable whenever efficiency is sought: "identify the 20% of causes that lead to 80% of the results, and concentrate on them ".


This play of passing from specific to general, from practical experience to mental representation (and vice versa), it is a very powerful thinking tool, and it is no coincidence that it is the prerogative of mankind.

However, it also has its downsides.

The disadvantages of mental models

In the Anglo-Saxon world, the phrase "why did the chicken cross the road" is a riddle that everyone knows and for which the official answer is, simply, "to go the other way".

This is a typical example of anti-humor, in which the irony it lies precisely in creating expectation on the public and then giving a deliberately not funny answer.

Perhaps it is due to the fact that the phrase is so well known that Robert Sapolsky, a famous neurobiologist and professor at Stanford University, chose it to exemplify his point of view on mental models.

In his example, Sapolsky explains how the answer may depend above all on the interlocutor. And so:

The three experts are, each in their own way, right.


But none of them, Sapolsky points out, it really penetrates the essence of why the hen crossed the road.

They have in fact a very partial view of the problem, and answer the question only by considering the point of view of their area competence.

This is precisely the main risk of a certain type of use of mental models: mistaking one's own truth for absolute truth, falling into the trap of cognitive bias and prejudice.

Which, in a hyper-specialized company, happens more and more often.

Furthermore, the older you get, the more the risk of fossilizing on your own patterns is concrete.

And so our brains can think and act fast, sure, but it tends to become completely a prisoner of the schemes that he built himself.

In the manner of a canary that moves so fast, but in a confined space.

How can we free him?

1. Maintain the attitude of the newcomer.

Think of the time when, as soon as you arrived in a certain environment, you made an observation full of naivety and enthusiasm that one of the most experienced, with a smug air, classified as ridiculous.

It bothered you, didn't it? After all, there was no need for him to be a pedestrian!

Well, then reflect on the fact that, in all likelihood, today and in at least some areas, that pedantic is you.

Experience has thus filled you with patterns and prejudices that any novelty, for the mere fact of being "new", does not work for you.

This is a time-saving attitude, but it is also very dangerous.

Netflix, 20 years ago (yes, it's at least 20!) Was so in debt that its founder tried to sell it for little money to Blockbuster, which was then a giant DVD and cassette rental chain.

The owner of Blockbuster dismissed him sufficiently, confident that the streaming business was without a future.

10 years later Blockbuster went bankrupt, and many of today's twenties have never even heard of it.

What would have happened if the CEO of Blockbuster had known how to listen to the founder of Netflix with the fresh mind of the newcomer?

2. Always look for the mental model of opposite sign

Do you remember the Pareto principle we talked about earlier?

This is a very good mental model that works great in a myriad of situations.

Yet there is one, equally very effective, which leads to almost conclusions and behaviors diametrically opposite.

It is called "Theory of the sum of marginal gains", and it says, more or less, that:

It is by following this principle that Dave Brailsford, coach of the British cycling team, he led a group of hitherto not particularly successful athletes to dominate the Olympic Games in Athens.

Depending on the context, both of them.

Therefore, every time you apply a certain mental model, investigate whether there is one that, even with very different assumptions or conclusions, can be equally valid.

You will see that most of the time you will answer yes, thus learning a don't crystallize on unique thinking and action strategies.

In physics, the concept of inertia tells us that, in order for a body to start a movement, a certain force must be applied to it ... but that once the movement has started, it tends to continue, with much less effort, according to the direction it was given .

From this principle it is easy to draw a mental model applicable to the apparently very distant sphere of human behavior.

For example, the great force to be applied at the start of a business can be identified with the motivation.

While the small force needed to continue what has begun can be easily represented from habit.

Here then, starting from a concept of middle school physics, we have built a simple mental model that can help us change this or that aspect of ourselves.

Similar procedures, even much more articulated and complex, can be carried out continuously.

Physics, biology, economics, psychology, engineering, music, painting… every area of ​​human knowledge has developed solid and well argued mental models, which you can translate and apply to every aspect of daily life.

All you have to do is look for them and study them.

The more you know about them, the more likely it is that the quality of your thinking will improve.

As the great psychologist Abraham Maslow wrote nearly 60 years ago, for those who have only a hammer, every problem is a nail.

Then try to get out by the limited framework of mental models that you have acquired through your training and your profession, question them, learn new ones.

Remember that mental models, by their nature, are inaccurate, simplistic, fallacious.

Which are a representation of reality, not reality.

Then use them according to the three strategies we have seen together and I promise you that they will give you great satisfaction.

Otherwise, you will only see nails.

That is, you will be left with a limited, partial, reductive vision of the complexity that surrounds you. And, ironically, you won't even realize it.

Audio Video Mental Models - How To Use Them To Empower Thinking
Personal motivators: who they are and what they do ❯

Mnemonics: Why and How You Must Learn It

Eidetic memory: how to develop it to study

Methods of delayed repetition: from the Leitner system to Anki

How to improve your memory: 7 easy ways to get started right away