How to improve your memory: 7 easy ways to get started right away 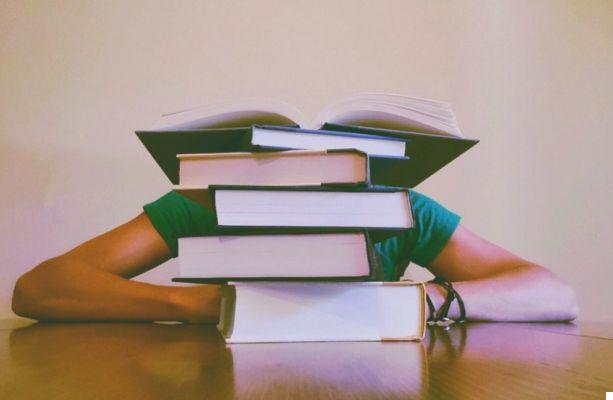 When looking for methods for improve memory, we often find ourselves suspended between two extremes.

The reason for this polarization is simple:

So I decided to make an article that goes to fill the void in between these two approaches.

That is, an article that you talk about methods to improve memory that are at the same time:


But, above all, that they are immediately (or almost) applicable. That is, you can start trying them this afternoon, without the need for great preparation.

In the study as in everyday life, we are used to verbalizing any type of information.

Which, from an evolutionary point of view, makes little sense.

In fact, we have spent millions of years remembering and processing information above all in the form of images, sounds, sensations.

While writing, reading and speaking are all very recent activities.

For this reason, our brains are much more efficient at remembering images than the words that represent them.

So, from today, try as often as you can to transform information into images, perhaps making them interact with each other, just like in a movie.

It would seem obvious how to "walk and sleep more", but in reality it is not so obvious.


Have you ever gone to a party where you are introduced to someone and after not even a minute you can't remember their name?

Incredible isn't it? And it's certainly not a memory problem! In fact, it's not that you don't remember it, it's that you haven't learned it at all, as if you haven't even heard it. (See also my article on remembering names for specific techniques.)

In fact, while your new friend was telling you his name, perhaps shaking your hand, you were unconsciously and completely focused on observing his appearance and the non-verbal messages he sent you.

Incidentally, for a very similar reason to that seen in the previous point: your Neanderthal brain focuses on what it considers in some way. useful for survival.

And the looks or body language of a stranger you just met are more so than their name.

So, you wanted to memorize the name but your brain was busy with something else.

Moral of the story: even when it comes to presentations, if you have to memorize something, first of all make sure that that something has the unconditional attention of your brain.

Count to 3, take a deep breath, and "talk" to your brain for a moment telling it what to watch out for at that moment. Indeed, just to follow the "view" rule, imagine yourself scolding him. In most cases, that should be enough to coax his Neanderthal head.


Go to Amazon to see my manual

It is the reason why so many successful students find it it is essential to make schemes.

Organizing something is anything but a trivial and mechanical activity.

It is in fact:

In short, a work of analysis that inevitably leads to two equally important results:

What does better representation mean?

Which, compared to the original situation, the information is more concise and the relationships between them clearer.

This fact also allows for a better and faster review, in turn crucial for improving memory.

So, get used to making patterns (and the more synthetic, the better) -> See how to do cascading patterns really well.

Here we trespass a bit in memory techniques, even if the delayed repetition, and the flashcards, which are a tool of it, do not require much preparation to be implemented.

You simply have to, instead of making big "binges" of studying a single subject, try to do multiple sessions, shorter, and at some distance one from the other.

For example, if you have to memorize one hundred foreign words in 3 hours, in the medium term studying them one hour a day gives better results than not doing all 3 hours in a single session.

And don't think, since you are used to studying nights before exams, that this is not valid for you. The greater effectiveness of delayed repetition is scientifically proven.

The difficulty of improving memory with this technique (perhaps the least immediate among those seen today) is:

Keep in mind, however, that flashcards are not essential: you can do extended repetition even without them.

If you want to incorporate them into your study method, I advise you to proceed step by step, starting only with small groups of flahscards, reserved for the most difficult / important info. After a little practice you can extend them to everything else.

If instead of using pen and paper you prefer software and apps, I definitely recommend using Anki.

5 - Compare the comparable and the incomparable

If one thing you don't know looks like to something you know, you can only remember it better.

But even if it is one thing completely opposite to another you know you can only remember it better.

And therefore, to improve memory, many times it is enough to simply remember through things you already know.

Now, believe it or not, the world is full of similarities and similarities between apparently very different things.

And it's also full of things that are diametrically opposed to each other.

So every time you have to remember new information, dig into your head looking for something that looks like him, or that doesn't look like him at all.

If you find it, you will have created a very stable memory.

To give you an example, a few days ago I briefly explained the functioning of the cardiovascular system to an electrical engineering student: through a series of analogies on resistances, electrical power, phases, etc., it was not at all difficult for him to understand and remember it.

This method to improve memory I started using it after studying how the Pimsleur method works, a very effective language learning system.

In Pimsleur the student is often asked to produce a correct sentence (or word) in the target language, even without having explained to him how it should be.

The student must be able to do this by retrieving in the memory models of sentences / words previously acquired (toh, here comes the "compare the comparable" just seen).

It is a very natural process: children for example, when instead of "Potei" they say "Possi", they do just like in Pimsleur: they guess on the basis of structures that seem similar to them.

And the fact that every now and then, as in this case, they make a mistake is certainly not a problem, quite the contrary! If there is an adult who gives them feedback right away, they instantly improve their memory of the correct version of the verb.

So, when you study, try to often guess the information by deducing it from the previous ones:

Active recall is the attempt, made shortly after acquiring a long series of information, to remember it.

Many use it in one of its own wrong version: that is, trying to repeat while peeking notes and book. This makes it easier, but decreases its effectiveness.

The real active call is done when the book is closed, and therefore at the beginning you will feel like you have absolute emptiness in your head.

If you do anyway the effort to try to remember, one after the other some information will begin to emerge, which will then be pulled along by others, and then by others (also exploiting the mechanism of the guess just seen).

And this will improve your memory in a monstrous way, not only with respect to what you are studying, but in general: you will get used to delving into the depths of your brain.

The methods for improving memory that we have just seen are all immediately usable, and can give you results right away.

But the best part comes when you start using them continuously.

Yes, because it is easy to say "visualize", "make patterns", "use delayed repetition" etc.

The reality is that these techniques, like everything, can be used with different degrees of mastery.

For example, the first few times you will visualize slowly, with not too vivid images, little movement, and you will get some results, even if perhaps not exceptional.

And then, as you continue to use the technique, your images will be more and more effective and memorable.

And the same for "guesswork", "active recall", "delayed repetition", and so on.

To help you improve your memory, I have littered the article with useful links that will allow you to learn more about them.

But first, there are some final things I want to tell you, and which I hope will help you not only to understand these techniques thoroughly, but to grasp the very essence of a better memory.

How to improve memory: conclusions.

I don't know if or if you have noticed, but in my opinion there are two very interesting concepts that the different strategies we have seen have in common:

Improving memory is easier if it is "natural".

This fact is particularly evident in the display, which is the system by which we have been memorizing for millions of years.

But also in the "take a guess“, Which is what children do to deduce the grammar of their mother tongue.

Or in the "be careful“, Because again the brain has always focused on what it considers useful for survival in some way.

And, albeit to a lesser extent, in all the others.

This brings me to an empirical observation that I have made many other times in my life: often, when we use our brain in a “natural” way“, We get better results because we make it work according to the logic of millions of years of evolution.

And so it works more effectively.

Improving memory takes effort, and that's where the results come from.

Visualize something written, not being used to it, it's difficult.

Guessing too is, not only materially, but psychologically, given the fear of making a mistake.

Not to mention organizing or doing the active recall: it is much easier to proceed according to the order of the book and repeat by peeking at it ...

The fact is that to improve memory it is inevitable that you have to make an effort:

It is under the pressure of these stimuli that the brain increases neuronal recruitment and synaptic activity, thus leading to to remember more and better.

Therefore, improve your memory it means remembering more things and faster, but it does not take the effort out of the equation at all. Rather.

He uses it in his favor to make you remember better.

With this in mind, when you study, your memory will work a shorter amount of time, but certainly more intensely. Sounds like a good change to me, doesn't it?

How to improve self-esteem with a poem ❯

add a comment from How to improve your memory: 7 easy ways to get started right away