Foods rich in iron, what they are

- alimony rich in iron, such as lentils, beans and spinach, are helpful in securing one good oxygenation and a good functioning of the tissues, favoring the production of hemoglobin and Red blood cells. Let's find out better.

> A recipe rich in iron

The muesli among the foods rich in iron

Iron is an important mineral for the health of the organism, it is a mineral that favors the production of hemoglobin and Red blood cells: by ensuring proper oxygenation of the body's cells, it thus guarantees the vitality and harmonious growth of the entire organism.

It stimulates the functions of the liver, spleen, intestines and bone marrow. Iron is also crucial for neurotransmitters like serotonin and dopamine, he guarantees disease resistance and stress and is essential to keep the immune system. Iron is found in foods of animal origin, meat, fish, eggs, and in foods of plant origin. Let's see the main foods of the latter type that contain it, along with eggs

Lentils and beans
Legumes are rich in iron but also in phytates. With an iron content between 5 and 9 mg per gram, these foods are equally rich in powerful inhibitors of iron absorption - the phytates in fact - which have a chelating effect, that is, of "sequestration" against microelements such as iron. copper and zinc. These "antinutrients" are reduced by the practice of soaking which must take place with warm and slightly acidified water (adding lemon juice) and by cooking which must proceed, after replacing the soaking water, with new water. Pasta with chickpeas, lentils with meat and curried beans with the combination of the type of meat you prefer are the right combination for an excellent iron intake. In addition to beans, lentils are also rich in iron soybeans, chickpeas, broad beans, peas.

Bitter dark chocolate
Dark chocolate contains iron, mannesium and potassium, but also polyphenols which ensure excellent antioxidant power. It has many beneficial effects on the circulatory system and has a powerful antidepressant action.

Muesli, wheat germ, oats
Oats are a very rich source of good nutrients of manganese, selenium, phosphorus, and are rich in magnesium and iron. It is also a good source of vitamin B1 and soluble fiber. Among the cereals and derivatives of them we also find foods rich in iron such as: sugar cane molasses, wheat germ, muesli, oat flakes, buckwheat, rusks, millet, wheat, corn flake, wholemeal and rye bread.

Spinach and vegetables
The absorption of vegetable iron present in vegetables is aided thanks to the intake of Vitamin C during the same meal, increased by at least twice as much as when not taken. This is why it is important to eat spinach, but it is equally important to drink after a nice glass of water and lemon juice.

You can learn more about the properties and benefits of spinach 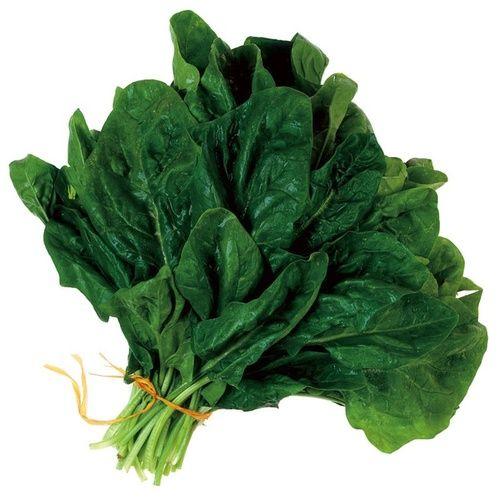 Oil seeds and dried fruit
Sesame, pistachios, cashews, almonds, peaches and dried apricots, coconut, peanuts, raisins, hazelnuts, dried figs are among the dry and oily foods richest in iron. A good habit is to consume a handful of them daily, putting them in risottos, bread, sauces and vegetarian pates, homemade cakes or adding them to dishes such as seitan or tofu.


eggs
Eggs are a good source of iron, but also of other minerals, such as phosphorus and calcium; they also contain good doses of vitamins, in particular vitamin B and vitamin D, the latter important for bone growth.

Phytic acid and phytates, oxalic acid and oxalates, as well as an excess of fiber they limit the absorption of iron. Equally harmful can be the excessive consumption of tannins present in tea or coffee and some drugs, such as antibiotics and antacids.

Healthy people absorb about 10% of dietary iron. The recommended daily dose of iron is different for men and women; in the fertile period the woman needs 18mg of iron per day, while in adult men and postmenopausal women the recommended dose is 10 mg per day.

During pregnancy, the need for iron increases, reaching about 30 mg per day. In adolescence, the recommended dose is 12 mg per day, for both boys and girls before the onset of menstruation. In infancy, the recommended intake is 7 mg per day in children up to three years, 9 mg up to 10. Before 6 months, breastfeeding is to be preferred, because the iron in human milk is highly available.

Method: soak the oats the night before, drain it, rinse it several times and cover it with plenty of lightly salted water; cook for about 30 minutes with the pressure cooker. Chop together carrots, artichokes, onions, Jerusalem artichokes, all cut into small cubes, toss in a saucepan with a couple of tablespoons of extra virgin olive oil. Leave to cook covered for about ten minutes, adding a little water to stew the vegetables. Then add more water and cube, to form a broth, then add the drained oats and let it boil together for another 5 minutes. Serve with raw oil, cheese to taste and freshly ground black pepper.

READ MORE
The causes, symptoms and remedies of iron deficiency

Other articles on iron:
> A metal against anemia: iron
> Iron deficiency in the diet
> The role of iron against Mediterranean anemia

> Do you know how to assimilate iron?

Audio Video Foods rich in iron, what they are
Peppers and digestibility ❯

add a comment of Foods rich in iron, what they are