A film, a poem and the most important lesson for your personal growth. 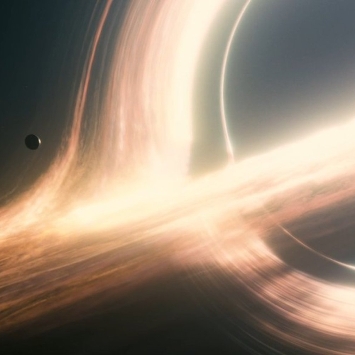 “Don't go docile on that good night.
Enraged, enraged, against the dying of the light. "

I've always loved science fiction, especially those books and movies set in deep space. Immersing myself in those distant, unexplored and unlimited places has the ability to convey a sense of wonder and stillness.

For this I recently wanted to review I, by Christopher Nolan: rightfully entered one of my favorite science fiction films.

There are those who loved it and there are those who found it boring as hell. It does not matter: in reality it is not about the film that I want to talk to you in today's article, but about a poem. A poem accompanying some Interstellar scenes, one powerful poetry and full of ideas for our personal growth.

Disconnect everything, reserve five minutes just for you and immerse yourself with me in these words of the Welsh poet Dylan Thomas:

Don't go docile in that good night,
Old people should burn and rave when day falls;
Rage, rage, against the dying of the light.

Although i essays know that darkness is inevitable,
since no lightning came from their actions,
They don't go docile in that good night,

- honest, with the last wave, shouting how bright
their feeble deeds would dance in a green bay,
They rage, they rage against the dying of the light.


- impulsive that the sun took flight and sang,
learning too late to have troubled the path,
They don't go docile on that good night.

- austere, on the verge of death, realizing with a blind sight
that dead eyes could rejoice and shine like meteors,
They rage, they rage against the dying of the light.

And you, my father, there on the sad hill, please,
Condemn me or bless me now with your furious tears.
Don't go docile on that good night.
Rage, rage against the dying of the light.

What is its significance?

Bella André: you don't understand 'na saw ... but it can be useful to pose as fake intellectuals at some summer aperitif! Thanks! :-D

Many Interstellar viewers have wondered what the meaning of this poem was.

“Don't Go Meek Into That Good Night” isn't as easy to read as one of the many personal development blockbusters, but I personally find some passages far more powerful than dozens of self-help books.

Here is a brief analysis of this poem, but above all a useful message to continue your journey with even greater determination personal growth.

The poem, written by Thomas for his dying father, revolves around a clear metaphor, in which the day symbolizes life, while the night symbolizes death.

The poet specifically describes how i different human beings, get angry and rebel, for different reasons, against the impending death and incite the father to do the same, to fight against ... not to be docile in that good night:


Because it is useful for your personal growth

Andre ', I preferred not to understand her and pretend to be intellectual at some aperitif: your comment made me feel depressed!

The wise, the honest, the impulsive and the austere are furious at the impending death… but they don't give up, they don't go docile in that good night.

And if the night were not only the metaphor of death, but in general of ours failures?

Each of us has made our fair share of mistakes:

These mistakes have inevitably pushed us on the trajectory of failure. But we still have a choice at our disposal. We can in fact decide to surrender, to let ourselves be carried away byentropy towards inevitable defeat, or ...

... or we can decide, here and now, that, despite everything, we "will not go docile in that good night", we will sell our skin dearly and even if the predictions are now all against us, we will fight, we will fight until last breath.

So ... don't go docile in that good night. Have a good week.

Don't listen to him ❯

Minimalism - what it is and why it can make you happier

Clarify your life with the Dante Alighieri method

Why you should read 52 books a year

add a comment from Don't go docile on that good night