Good intentions: do you know the 7 principles of Bushido?

You can make as many lists of good intentions as you want, but if you don't learn to respect the 7 principles of Bushido you will hardly make any. 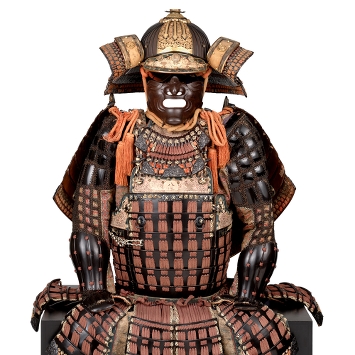 "Fast as the wind, quiet as a forest and immovable like a mountain."

When I told you about the gift that my father made to me in 1998, I briefly mentioned my fascination for oriental culture. Specifically, the Samurai it has always been one of my reference archetypes.

Seh, what were the Samurai architects doing… André, what are you saying ?!

Martial skills aside, what won me over from an early age of these heroic Japanese warriors was their moral code: Bushido (literally "the way of the warrior").

Although this set of military and moral norms dates back as far as 660 BC, the samurai code was only written down between the XNUMXth and XNUMXth centuries by Tsuramoto Tashiro. In fact, Tashiro transcribed the precepts of Bushido, as they had been taught to him by the warrior-monk Yamamoto Tsunetomo, in a text that several GetPersonalGrowth readers are familiar with: theHagakure.

But why am I tainting you with the story of a now dead and defunct warrior caste?

The GPS for your good purposes

Late December is the time when many of us take stock of the coming year and start thinking about good intentions for the new year. There are those who would like to lose a few extra kilos, those who quit smoking and those who still would like to make a radical change to their academic or professional career.

There is nothing wrong with these good intentions, but we both know that alone few of us they will really be able to respect them for more than a few weeks.

Over the years, I have provided you with the best strategies to get rid of bad habits and build good ones. One above all the famous #sfida90901.

These tools, however effective, have a limit: they provide you with a detailed map to achieve your goals, but it is a map without the GPS coordinates, of the cardinal points. In fact, it is up to each of us to choose his own moral North, South, West and East: that is, those fundamental principles that guide us, day after day, both in small choices and in decisions of greater scope.

The samurai, thanks to Bushido, knew their "cardinal points" very well: to be precise, they were required to respect seven essential moral rules.

In this article, instead of offering you one of the many lists of good intentions, I have decided to go deeper, sharing with you the seven basic rules of the Bushido (source); rules that still keep all their strength intact today and that I hope will be for you points of reference along the path towards the realization of your good resolutions for the new year.

“Be scrupulously honest in your dealings with others, believe in justice that comes not from other people but from yourself. The true Samurai is not uncertain about the question of honesty and justice. There is only what is right and what is wrong. "

We live in a country where there are a thousand laws and legends, often in contradiction with each other, and the one who is rewarded is the one who manages to find "the deception", the way to circumvent these rules.


This modus operandi is terribly short-sighted. You will never be able to build anything solid if you are constantly looking for shortcut, of the mezzuccio to get some small momentary advantage.

This is also true in personal growth: "you must learn to be scrupulously honest in relationships with ... yourself". Achieving any ambitious goal requires two elements:

An example? Do you really believe that your university problems will disappear thanks to some prodigious mnemonics or some magic pill ?!

If you want to drastically reduce your study hours, while improving your academic results, you need to greatly increase the quality of your study method (I talk about it in this post), and that takes a damn effort. There are no shortcuts, print it well in your head.

“Rise above the masses who are afraid to act, hiding like a turtle in a shell is not living. A Samurai must possess heroic courage, this is absolutely risky and dangerous, this means living in a complete, full, wonderful way. Heroic courage is not blind but intelligent and strong. "

There is no book, article, or training course on the infamous comfort zone that it can even remotely compete with these few lines of Bushido: “hiding like a turtle in the shell is not living“.

Chasing your annual goals will require you to perform acts of courage, heroic courage, but there is no alternative if you want to live your life to the full. However, this does not mean taking unnecessary risks or stupid: heroic courage is "intelligent and strong", never blind.

“Intense training makes the samurai quick and strong. He is different from others, he acquires a power that must be used for the common good. He has compassion, he takes every opportunity to be of help to his fellow men, and if the opportunity does not present itself he goes out of his way to find one. The compassion of a samurai must be shown above all towards women and children. "

Do you want to be loved and valued? Learn to love and appreciate others. Do you want make money? Find ways to solve other people's problems. You want to make yours target? Help others make theirs.

No, I'm not suggesting a venal "do ut des": the term compassion comes from the Latin How (together) - suffer (I suffer). Compassion, the third fundamental principle of Bushido, is therefore concretized in the participation in the suffering of the other and, more generally, in the sharing of the aspirations and commitment of others.

“Samurai have no reason to be cruel, they don't need to show their strength. A Samurai is also kind to enemies. Without this display of outward respect, a man is little more than an animal. The Samurai is respected not only for his strength in battle but also for how he interacts with other men. The best fight is the one avoided. "

La low self-esteem it manifests itself in two ways: through a passive attitude, but also through an aggressive attitude. Do you really think that that inflated balloon that feels the need to reaffirm its presumed superiority at every opportunity has confidence in itself?

A samurai "does not need to show his strength". Between passivity and aggression he has learned to cultivate a third way: the via assertiveness.

“When a Samurai expresses the intention to carry out an action, this is practically already completed, nothing will prevent him from carrying out the expressed intention. He does not need either to "give the word" or to promise. Talking and acting are the same thing. "

... "speaking and acting are the same thing": how many of us can honestly claim to respect this fifth principle of Bushido?

If you think about it, it would be enough to make this one moral precept your own to be able to realize the whole list of our good intentions.

Who has read my manual APP - Self-esteem step by step, he knows very well that my idea of ​​self-esteem has nothing to do with those artificial little techniques whose only purpose is to make us play the role of inflated balloons.

I firmly believe that one of the fundamental steps to regain self-confidence consists precisely in making our thoughts, our words and our actions coherent. To do this we must learn a keep promises.

I don't care how many and what good intentions you intend to make, if you don't want the new year to be a mediocre replica of the past year: promise little and keep a lot.

“There is only one judge of the Samurai's honor: himself. The decisions you make and the actions that follow are a reflection of who you really are. You can't hide from yourself. "

We are the result of decisions that we took yesterday and of the actions that we made today. So pay attention to what you decide today and the actions you intend to postpone until tomorrow.

“For the Samurai, performing an action or expressing something is equivalent to becoming its owner. He assumes full responsibility, including for what follows. The Samurai is immensely loyal to those he cares for. He remains fiercely loyal to those for whom he is responsible. "

"He takes full responsibility for it, also for what follows": I must have already read this somewhere ... :-D Ah yes, it is that scassa-mintia of GetPersonalGrowth that repeats over and over that we cannot change our lives until we assume 100% of the responsibility of what we are experiencing at this very moment.

This does not mean that we are the cause of the negative and unpredictable events that sometimes hit our lives, but it is still our responsibility to decide how to react at these events.

Along the path to the realization of your good intentions, you will encounter obstacles and setbacks: this I can assure you. Will you continue to be loyal to your commitment or will you throw in the towel at the earliest opportunity?

add a comment of Good intentions: do you know the 7 principles of Bushido?