You can't change simply by wanting to change, a study reveals 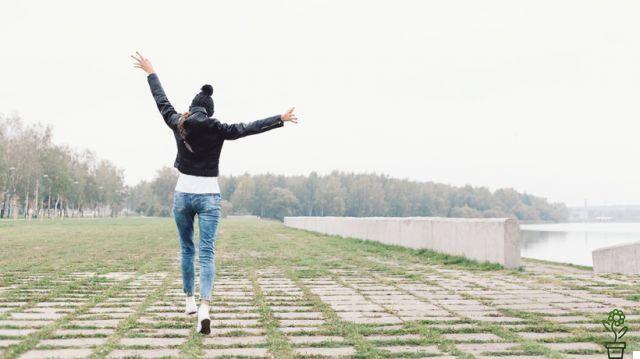 If you've always wanted to change one of your personality traits, a way of thinking, a bad habit, or a deeply ingrained belief, you know it's no easy task. Sometimes you may even feel like you're taking one step forward and two steps back. And this can be extremely frustrating, to the point of making us believe that "we are like this" and we cannot change.

The problem, perhaps, is precisely how we approach this change. To change is not enough with wanting it, it is necessary to act. Wanting to change isn't enough to transform something we've been doing, thinking, or feeling for years. Now even science confirms this.

Psychologists at the universities of Illinois and Michigan asked 377 college students to choose two of the five main personality traits (openness to experience, responsibility, extroversion, kindness, and emotional stability) that they most wanted to change in themselves. Most people chose to improve their emotional stability or increase their level of extroversion.

Half of the participants were also asked to select up to four challenges per week that would allow them to implement the chosen trait change. For example, those who wanted to be more outgoing chose to greet a stranger in a store or lead a class project.

All were asked to complete a personality test at the beginning of each week of the 15-week study, specially designed to measure how much their personality might or might not change.


On the contrary, the people who got involved in the challenges changed.

Committing to change is not enough, you need to take small steps

Committing to change is not enough. In fact, it is often a double-edged sword because it generates the feeling that we have already done something, that we have taken an "important" step, which is why we trust ourselves and no longer work hard to change.

The researchers concluded that "active participation in behaviors designed to change personality traits predicts a greater decrease in that trait over time." In other words, if you want to change something, you have to work on it.

Taking small steps over time, in line with our personal growth goals, helps us improve. Interestingly, the researchers found that the degree of difficulty of the challenges we face is not even important, but rather personal growth depends on consistency over time.

This reminds us of Confucius's phrase: "It doesn't matter how slow you go, the important thing is that you don't stop". We need to take small steps that are also a motivation along the way to realize that we are getting closer to our goal.

Wanting to change but doing nothing to succeed only generates frustration and, in the long run, will consolidate a negative and stagnant image of ourselves. Wanting to be the best by continuing to do the same things in the same way will cause us to see ourselves in an even more negative light. Therefore, the next time you want to change, ask yourself if you are really doing something to make it happen or is it simply a desire that does not materialize in any action.

I can't be happy: how to solve the real problem ❯

add a comment of You can't change simply by wanting to change, a study reveals