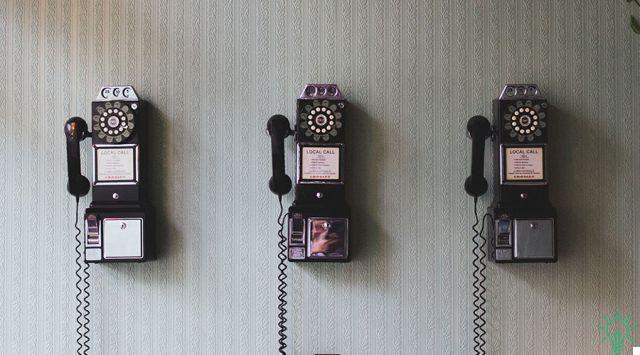 Between what you think,

What do you mean,

What you think you're saying,

What you want to hear

What you think you understand,

What you want to understand,

And what do you understand ...

There are 9 chances you don't understand!

Perfectly fitting all the pieces of the communication mosaic can be very complicated. Sometimes others misunderstand our words and intentions, other times it is we who make this mistake.

In any case, misunderstandings are part of the communicative experience and although we strive to be clearer and more precise, there is always a loophole for re-signification. That is why it is important to understand that we are responsible for what we say, but not for what others understand.

Do not take on responsibilities that are not yours

There are people who are real specialists in finding the intentions hidden in the words of others. These people weave a thread to create a circle of confusion until they end up blaming you for things you didn't really say, to the point that they make you feel bad.

It is vital that you learn to recognize them because they can drag you into their world, attaching intentions to you that are not real and making you take on responsibilities that are not yours.

When you need to communicate an idea, it is important that you convey your message clearly and try to clear up any misunderstandings, but you cannot take responsibility for the interpretations of others because they can be just as varied as their life experiences, beliefs , expectations and prejudices.

Sometimes people only understand what they want to understand, what fits their worldview. In this case, you must not allow them to carry their burden of intentions on your shoulders because you run the risk of becoming the "bad guy" without being.


These people may also take advantage of you by attributing intentions to you that you don't really have. In fact, this is a technique that sellers often use when they assume we're willing to buy even if we're not. The result is that we can end up buying or doing someone a big favor, just because we are ashamed to rectify and explain that our real intention was not that.

For this reason, you must not allow other people's misunderstandings to breach your self-esteem, or make you make decisions that you are not comfortable with.

The 3 main causes of misinterpretations

1. The illusion of transparency

The illusion of transparency is the tendency to think that others share our state of mind. In practice, we overestimate the points in common with others, believing that they share our opinions, intentions and feelings. This illusion leads us to attribute to others intentions, beliefs and opinions that are not really theirs, but a projection of our own. But in most cases we are not aware of this phenomenon.

An experiment conducted at Stanford University showed how we overestimate this phenomenon. The psychologists asked the participants to beat the rhythm of two well-known musical themes on the table: Happy Birthday and the National Anthem. Then they had to indicate the probabilities that the other person would identify the theme.

50% of people believed that a listener could easily identify the song but in reality only 2,5% managed to do so. This is because we do not take into account that although the song is buzzing in our mind, the other person only hears the light taps on the table.

In other words, we evaluate from our position without putting ourselves in the other's place. We think we are "transparent" and that our interlocutor will easily understand our intentions.

Obviously the illusion of transparency affects communication twice. On the one hand, it makes sure that we don't express ourselves as clearly as we think and, on the other hand, it can make us attribute to others intentions that actually exist only in our minds.

Another cause of misinterpretations is what we might call "lazy thinking". Basically, whoever listens to our message is between two cognitive forces that affect their ability to correctly decode our words and intentions.

There are two processing systems. The first system processes information quickly, intuitively and automatically. According to this system, when we see someone smiling, we simply think that the person is happy. This is a very essential system that uses shortcuts to get quick conclusions about the other person from small details, such as facial expressions or body language. In fact, it is the system that allows us to form our first impressions.

The second system processes information in a conscious and rational way. This system is responsible for evaluating and updating first impressions, prejudices and other impulsive thoughts. But this system requires more cognitive effort, it is like retracing our steps and sometimes it requires us to acknowledge that we are wrong.

Of course, it is much easier to get carried away with first impressions than to set the second information processing system in motion. This is why people who might be called "lazy thinkers" are more likely to misinterpret other people's messages, attributing wrong intentions to them. Arrogance and mental rigidity can also lead them to hold on to their first impression, thus solidifying the misunderstanding.

That is why someone can tell us that we are angry when in reality who is angry is him, but since he does not want to acknowledge it, he projects that anger on us.

That person can also project negative intentions onto us that help them reaffirm their image, making them better and more positive than ours.

Indeed, projection is one of the most common causes of misunderstandings in communication, but it is also one of the most difficult to refute, since accepting our arguments would also mean changing something within us. This defense mechanism is usually the result of a lack of self-knowledge and personal insecurity. It is usually found in people who have rigid thinking and who are unable to accept the emotional or cognitive ambivalence that we all have.

Of course, there are many other causes of misunderstandings as well. For example, a person may be more susceptible in certain areas, the so-called "hotspots". Those who have low self-esteem may also be more likely to misinterpret the words of others and those who have very rigid thinking.

Be specific, explain yourself again and if there is no other alternative, forget it

To solve the problem of intentions in communication, the most pragmatic thing to do is to try to be as clear and precise as possible. Do not leave anything to chance, hoping that your interlocutor will be able to correctly interpret the signals sent by you, because there is a good chance that this will not happen, especially if it does not bind you a deep bond.

Feeling understood is a human necessity, but we can only take responsibility that belongs to us. We can analyze what we have done wrong and try to improve it, but what we cannot afford to do is become the target of others' conflicts or negative feelings hidden by misinterpretations of our words.

Fixed gaze: why does it bother us? ❯

add a comment from You are responsible for what you say, not for what others understand