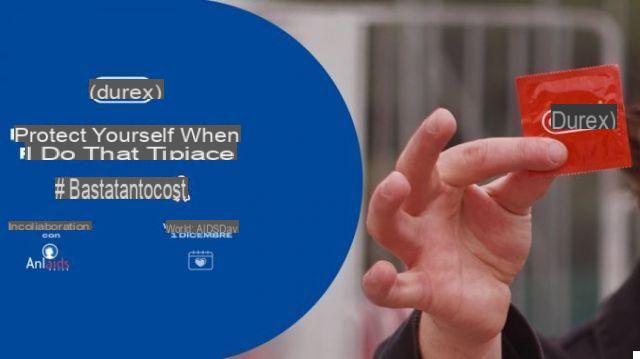 1 December World Aids Day: the numbers of the disease

Promoting sex education and supporting the culture of prevention against sexually transmitted infections is the first fundamental step to counter the spread of the infection by HIV. It is a disease in which the immune system progressively weakens, to allow the onset of serious opportunistic infections and cancer, transmitted in most cases during unprotected sexual intercourse. According to the latest data provided byISS Higher Institute of Health, in 2021 were carried out 2.531 new diagnoses of HIV infection. Numbers that place the country just below the European average. The age range is between 25 and 29 years old. The numbers are fortunately in decline in the past two years: in 2018 there were 2.847 new HIV diagnoses; in 2017 about 4.000.

Prevention is the most effective weapon. According to recent research Durex-Skuola.net only 1 in 2 young people use the condom, while over 60% feel ashamed of buying. Among the main causes: the lack of awareness due to the precocity of sexual activity (73% between 14 and 17 years) and the educational role, often lacking, of families and institutions.

How the HIV virus is transmitted

HIV can only be transmitted through biological liquids of people with HIV unaware or not in effective antiretroviral therapy:

Infection occurs when the virus, present in the fluids of a person with HIV, not on effective antiretroviral therapy, enters contact with the other personThrough wounds of the skin or injury even not visible mucous.

HIV and AIDS are not the same

HIV and AIDS are not the same, but they are strongly related. AIDS (acquired immunodeficiency syndrome) is a disease caused by HIV, a virus that attacks the human immune system. In people with AIDS, the immune system is no longer able to defend the body against disease. People who contract the HIV virus (HIV positive) are not sick with AIDS, even if they are destined to become, in the absence of adequate treatment with antiretroviral drugs, as fundamental as one timely diagnosis of HIV infection.

L'HIV infection it contrasts with knowledge. Raise awareness of the importance of an increasingly aware and protected sexuality, promoting the use of condoms as the only one contraceptive device also able to prevent
sexually transmitted infections. This is the goal of Durex, leader in the sexual well-being market and "ambassador of safe sex" which, in collaboration with ANLAIDS, the first Association in the country created to stop the spread of HIV and AIDS, launches the campaign # BastaTantoCosì, now in its second edition with Ambassador Frank Matano.

On the occasion of World Aids Day, Durex reiterates the importance of a simple gesture such as the use of a condom.
"It takes a little, it takes a lot to avoid risks and protect yourself." As part of the initiative, the brand will undertake to
make an initial donation of 91.000 condoms (1.000 for each year of the brand's history) to ANLAIDS, providing for a second phase in which a condom will be donated for each new follower recruited by 1 December from the Durex Instagram page.


Condom Use: How Much Do Young People Know?

The use of condoms is not yet an established practice in the country. A recent survey carried out by Durex and Skuola.net, on a sample of over 15.000 young people between 11 and 24 years, reveals some data that photograph the prevention habits of children: 50% do not use condoms. The reasons often have to do with the background culturale and a substantial lack of preparation. We don't talk to parents: less than 60% usually talk to their parents, who only 26% recommend condoms for prevention.

The condom is seen as a contraceptive. A device used by young people above all to avoid unwanted pregnancies and only, secondarily, the sexually transmitted diseases. Its function, therefore, is seen as more of a 'contraceptive' type. Proof of this is the fact that failure to use is mainly linked to the use of other anti-pregnancy methods, primarily the contraceptive pill.

The importance of sex education

L'sex educationFurthermore, it plays a crucial role: 35% of the interviewees attended courses in which they were addressed
topics already known, therefore not very useful. All of this involves a major unpreparedness on the subject by most
young people, who no longer turn to experts (2% ask for information at the clinic, 3% to a sexologist or psychologist, 5% to a gynecologist or andrologist) but, on the contrary, resort to Internet as the main source of "education and information" (50% of the sample), with the increasing risk of exposure to fake news and wrong behaviors.

add a comment of World Aids Day: # BastaTantoCosì to protect yourself