Will earning a lot of money make us so happy? 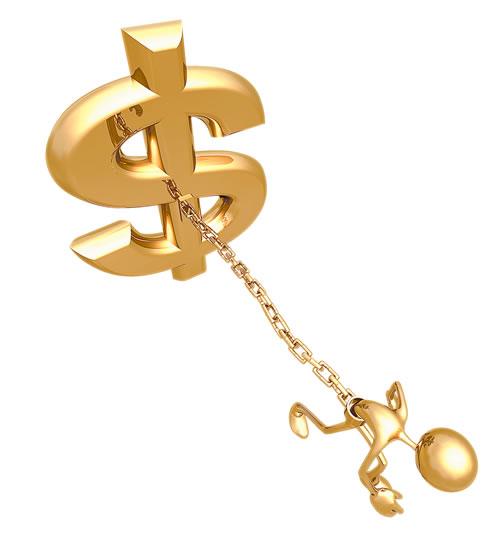 I met this story, surfing the net here and there and it seems to me really significant as regards the topic I want to address in this post: - Many years ago, a wealthy businessman decides to move to live on a small Polynesian island , he wants to enjoy his well-deserved retirement, after many years of stress and hard work spent accumulating wealth. He is excited at the idea of ​​living on this islet where he is told that the fishing is wonderful. He is fond of fishing. He used to fish as a hobby when he was young, but then he abandoned it for work reasons.
So on the first day on the island, he has breakfast, and heads promptly to the beach. It's about 9 in the morning. Once there he sees a local fisherman returning to shore with a large basket full of fish.
"How long have you been out fishing to get all this fish?" She asks him.
- The Polynesian looks at his interlocutor with a smile and sympathetically replies that he, on average, fishes for about three hours every day. The businessman asks him why then he comes back so soon, and doesn't keep fishing to catch more fish?
“I don't need it”, the fisherman replies, “There is always a lot of fish out there”.
Surprised, the businessman asks him why he doesn't keep fishing to catch a lot more fish.
- The Polynesian patiently explains to him that he regularly catches every day only the fish he and his family need to survive.
- “So I can dedicate the rest of the day to my family, my friends, maybe to have a beer with them. And when I'm tired I go to relax on the beach ".
Now the businessman feels the need to educate this simple young Polynesian fisherman. He explains to him, that if he spends all day out fishing, he catches a lot more fish, so he can resell it later. With the money he earns he can buy a bigger boat and catch a lot more fish. He can thus continue to reinvest profits, hire staff, perhaps open an industry for canning fish, even go public, one day away. So, he explains, after 30 or 40 years he will be rich.
The Polynesian looks at him puzzled, thinks about everything he has been told, and then asks him: "I understand that after so many years of hard work I would become rich, but then, with all that money what would I do?"
The businessman replies with a smile, convinced that he has concretely helped the young man to commit himself to his future: “Well… it seems obvious to me, you will do what everyone in my world dreams of and for which they work hard. You will go to a small island in the South Pacific, you can spend time with your family, have a beer with friends every day, and when you want you will go to a nice beach to relax. "
The young man looks at him again more and more perplexed and says: “I don't understand, should I work so hard all these years with the aim, perhaps at the end of my life, to go to an island like this to live as I am living now? 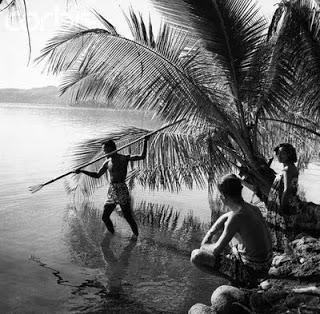 We all know that the money does not make the "happiness" ... or yes ?! This is probably just a cliché since most people behave like money is un, if not il only indicator of happiness. So much so that the equation that seems to be behind almost every activity, choice and / or project is: money = success = happiness. But let's talk clearly, many times and regardless of the country we live in or the current government, having money means: doing what we want, when we want and how we want. No doubt this power or feeling of almost unlimited freedom can be attractive to the majority. Anyway, if so why is the suicide rate among rich people so high? Many scholars have shown in their research that the relationship between money and happiness is not as strong as previously thought. Even though so many spend their entire lives dreaming of someday being rich and winning the lottery, money is probably not the surest source of happiness after all. Why? Simply because economic income is always relative. This means that human needs are continually increasing so that yesterday's income that was barely enough tomorrow will be insufficient, and so on continuously. The more money enters our account, the more it comes out because we become part of different circles and elites that unconsciously force us to change our lifestyle. Also, to earn more money more hours will have to be worked and thus the time that we can devote to the people we love and to ourselves will be reduced considerably. In this way it is very likely that we will soon become victims of stress, anxiety and so on ... A psychology study dated 1998, evaluated the happiness of some people during their normal working day. Every 25 minutes a total of 374 workers from the most diverse professions were asked to consider how happy they were. Obviously the relationship between the money earned and the level of happiness was so minimal that it was not even taken into account, statistically speaking. Unfortunately, there are many people who spend their entire lives enslaved by false ideals such as those inspired by money. When they arrive at the end of the journey they realize that happiness is rather an inner state of mind, a condition in which we love who we are and those we have close to us. But perhaps at that moment it is already too late, so ... what to do every day to prevent happiness from escaping us?

add a comment of Will earning a lot of money make us so happy?