Why is it easier to remember sad stories? 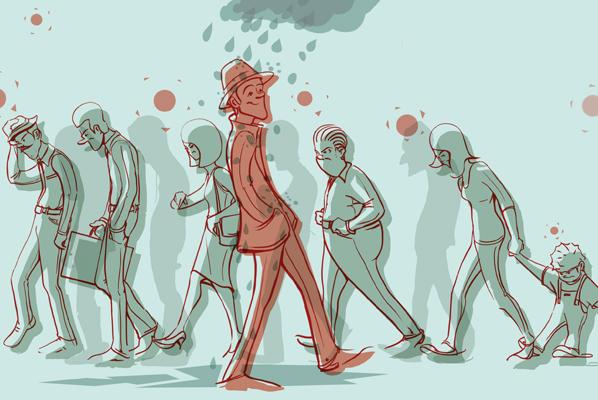 By mentally reviewing the story of our life, we will surely have lived more positive than negative and unfortunate experiences. However, we often only remember negative experiences. And this is not an exclusive trend of pessimists, it happens to everyone, even to those who tend to face life with a more positive attitude. The good news is that there are various reasons for our secret fondness for drama.

One of these refers to Neuropsychology. Our brain handles negative information in a different hemisphere than the one where positive information is stored. For example, negative emotions usually get involved in a much longer process, as we tend to think more about the facts and the consequences. This process allows us to more easily accept what has happened to us.

On the contrary, we accept positive and happy emotions and experiences without thinking about them, without turning so much around the fact itself. In other words, we could summarize that by thinking more about negative things this causes us to remember them more.

Researchers at Florida State University attempted to test this idea experimentally. After numerous studies, they concluded that negative emotions, bad behavior patterns, and negative feedback have a stronger impact on each of us than positive experiences. Furthermore, stereotypes and negative impressions are formed more quickly and are more difficult to eliminate.

Why is it easier to remember sad stories?

A study carried out by the Harvard Business School analyzed 238 professionals who worked in different companies. They were asked to keep a diary in which to write down everything that happened during the day, in the end they had to report on a numerical scale how they felt in
general sense.

After analyzing some 12.000 papers, the researchers realized that negative events were twice as influential as positive ones. In fact, the very idea of ​​having to go back to the work plan they had started affected their mood three times more than a small step forward.

Fortunately, there is a solution: gratitude. It is immensely rewarding to make a habit of giving thanks every day for everything we have, even if it's just the little things.

Why does sadness last so much longer than other emotions? ❯

add a comment of Why is it easier to remember sad stories?