Why does sadness last so much longer than other emotions? 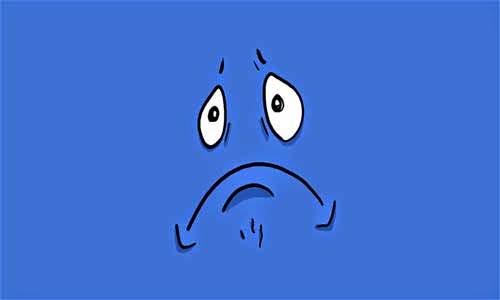 Sometimes maintaining a positive attitude is like walking uphill. Of
faced with daily problems and worries, we have the perception that
happiness and joy are ephemeral while sadness takes root and
seems never to want to leave again, so it is not surprising that when psychologists at the University of Leuven
in Belgium, they asked over 233 students to recall their experiences
more recent emotions, the majority identified sadness. Of the 26
emotions and feelings analyzed, including joy, pride and boredom, sadness was
the most persistent. Because?

What are the most lasting and most ephemeral emotions?

When the researchers delved into the emotional states of the participants
they found that the episodes of sadness totaled an average of 120 hours. To the extreme
opposite was the shame that totaled half an hour. The surprise, the fear, the disgust,
boredom, irritation, and a sense of relief were also short-lived emotions
Luckily, the joy lasted a little bit longer, but only averaged 35
hours, in contrast to the feeling of hatred, which stood on an average
60 hours. Comparing different pairs of emotions, it was observed that the guilt was a lot
more lasting than shame and anxiety lasted longer than fear.

Why does sadness last longer?

These researchers also asked these people about the
circumstances that triggered those precise emotional experiences and the
strategies followed to manage each of the emotions. At this point a
clear pattern: the most ephemeral emotions are usually preceded by a
minor event, while more lasting emotions are caused by events
Therefore, more lasting emotions, such as sadness, would be accompanied
from long mental ruminations; that is, to constantly think about feelings and feelings
consequences related to the event. Hence, we can conclude that in the duration
and the intensity of the emotions affects not only the significance of the event that
originated them, but also the amount of time we spend thinking about them.These results reveal something we already knew, or at least had
perceived: it is we who give importance to the different situations that
we experiment and, according to the degree of importance, we let them influence more or more
less on our mood. However, this research also highlights the fact that we have a certain
control over the intensity and duration of our emotions, we do not react
passively to the environment, or at least we can choose not to. Self
we keep getting stuck in the negative event, ruminating over and over again
what happened, we will increase the sadness. On the contrary, if we are in
able to control our thinking by learning to let go, we can
shorten the duration of sadness.
Why is revenge sweet? ❯

add a comment of Why does sadness last so much longer than other emotions?