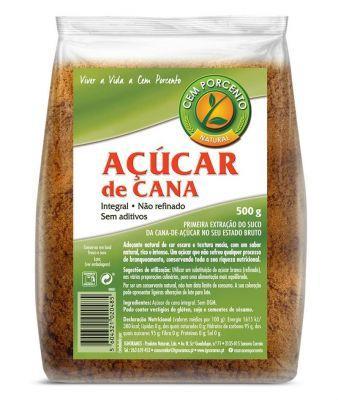 Muscovado, panela, jaggery, Dulcita: these are the names of the types of brown sugar that we are no longer surprised to find on the shelves of our stores.

Rather, we often think that basically it would be better to prefer them over the classic white sugar: they contain something more than just sucrose and that adjective, "integral", rhymes with another word that is very dear to us - "healthy".

But is it true that a wholemeal product is always better than its refined variant? AND what are the differences between the different types of brown sugar?

Whole cane sugar: what is it all about?

In reality, there does not seem to be a definition of brown sugar "by law". However, it is possible to distinguish wholemeal cane sugar and Demerara, a sugar in larger grains with a golden brown color.

Il Demerarain fact, it is not a brown sugar, but a product of the dehydration of cane syrup obtained by extraction from sugar cane whose color depends on the presence of molasses, which can sometimes be added after refining.

This is the case with many of the so-called “brown sugar”, whose color and flavor are more or less accentuated depending on the amount of molasses added.


On the other hand, those sugars that are only partially processed are wholemeal whose dark color depends on the fact that the molasses is not removed.

It is integral, for example, the muscovado, also known as "Barbados sugar", characterized by an intense brown color, a strong molasses flavor (which some compare to that of licorice) and a sandy texture.

And I am there too panela typical of South America - a solid cube of sugar obtained by drying the product of boiling the juice of sugar cane - lo jaggery - Indian brown sugar - and Dulcita - the whole cane sugar that comes from Ecuador.

Finally, you may have heard of the Turbine. This sugar is different from both brown sugar and muscovado because its production involves the removal of only the most superficial molasses.

Read also How much sugar do you eat? >>

The properties of whole cane sugar

Often when we talk about whole cane sugar it is enhanced nutritional composition. By analogy with wholemeal flours, too muscovado & co are considered healthier because they are less processed and therefore not deprived of important elements for human well-being.

However, while wholemeal flours retain significant doses of health-promoting fiber, the nutrients that remain in whole sugars are present in much smaller quantities and not significant from a nutritional point of view.

The nutrients in question are essentially minerals. Depending on the case, the presence of iron, calcium, magnesium, phosphorus, potassium, manganese, zinc and even selenium can be found on the label. However, their quantities are completely negligible from a nutritional point of view.


An example may apply to all the minerals and types of brown sugar mentioned: in the nutritional label on a package of muscovado on which the word "iron source" stands out the presence of 4 mg of iron per 100 g of product is indicated - a very negligible amount compared to a recommended daily iron intake of 10 mg for an adult man and 18 mg for a woman of childbearing age, even more so in light of the recommendation to limit daily sugar consumption.

In fact, from the latter point of view there is really no difference between refined sugar and brown sugar: they are always simple sugars, which should be limited. less than 15% of the energies introduced each day with food and drink.

There may be other reasons for preferring whole sugars. For example, some palates may like the licorice aftertaste left by muscovado.

Those who love to prepare desserts could instead prefer to give his biscuits a softer consistency taking advantage of the presence of molasses, which tends to retain more water. To each his own choice: there is no question about personal tastes!

Read also Sugar, why avoid it in case of candidiasis >>

add a comment of Whole cane sugar, the types