Il white rice, what is commonly found in many varieties in all grocery stores, is a very popular food.

It has several characteristics that make it a valuable food for those with food intolerances or digestive difficulties, but also some defects. Let's see some of them.

Benefits of white rice: it is gluten-free, therefore suitable for a celiac diet;
it is an easily digestible food.

Defects of white rice: it is subjected to various stages of refining that deprive it of fibers, making it a poor food; the polishing is obtained through substances harmful to health, such as talc and glucose.

White rice: why replace it with other cereals

White rice is a poor food from a nutritional point of view: refining deprives it of fiber, useful for intestinal health, and of its main nutrients, including vitamin E, some B vitamins, as well as folic acid and minerals. From a macrobiotic point of view, white rice is a "dead" food as much as sugar. His glycemic intake is also very high, thus causing insulin spikes resulting in a sense of hunger within the short term.

To exploit the qualities of rice without running into the defects of this food subject to such impoverishing processing from a nutritional point of view, it can be replaced with other cereals to be used in the same way in the various recipes.

Unlike white rice, the brown rice preserve vitamins, minerals and fiber, has a very low glycemic value, and a greater satiating power. Also combined with vegetable proteins such as legumes and legume derivatives, it allows a greater absorption. Like white rice, brown rice is an excellent cereal suitable for celiacs as it is does not contain gluten. Brown rice is the main substitute for white rice as it is prepared in the same way, only with different cooking times. 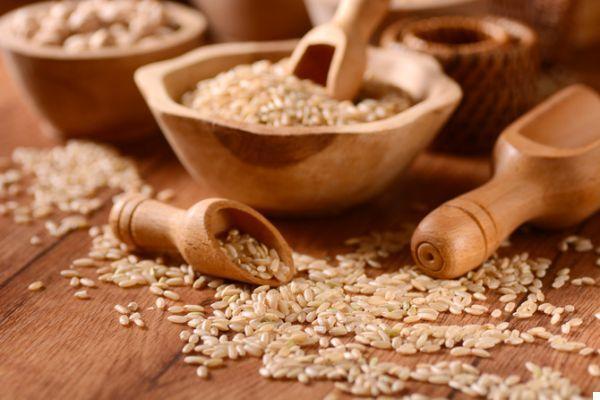 Il buckwheat it has the shape of a cereal, very similar to rice, but it is not a cereal. Its composition and the methods of cooking and preparation make it anyway a ideal substitute for rice. From a nutritional point of view buckwheat is rich in fiber and protein, this makes it useful for one good digestion. It also features fair amounts of Vitamins. Its lack of gluten makes it suitable for the diet of those suffering from celiac disease and intolerances. It can be consumed either in grain or even as a flour. For macrobiotics it has an energy heating, therefore excellent in winter. Cooking holds up well in soups, while the low quantity of starch released excludes it from "risotto" preparations. 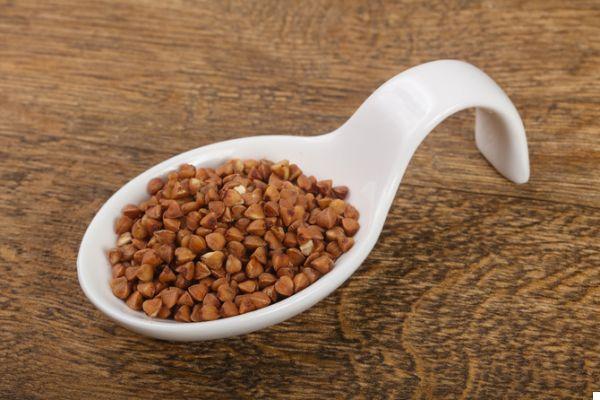 La Quinoa it is another pseude cereal, such as buckwheat. This means that, despite having the appearance and cooking characteristics similar to rice and wheat, does not contain gluten. Quinoa is great as a substitute for rice. It is found mainly in beans which, once cooked, doubles their volume. The nutritional properties of quinoa are relevant: good amounts of proteins, up to almost 20%, and minerals. It also has a fair amount of amino acids. It also contains flovonoids and lysine available in good quantities: this makes it a food with anti-inflammatory and antioxidant properties. As with buckwheat, quinoa lends itself well in dry recipes, both hot and cold, in the preparation of vegetarian or vegan burgers and meatballs. For macrobiotics, quinoa has characteristics moderately yang, therefore it is also suitable in the most temperate and warm seasons. 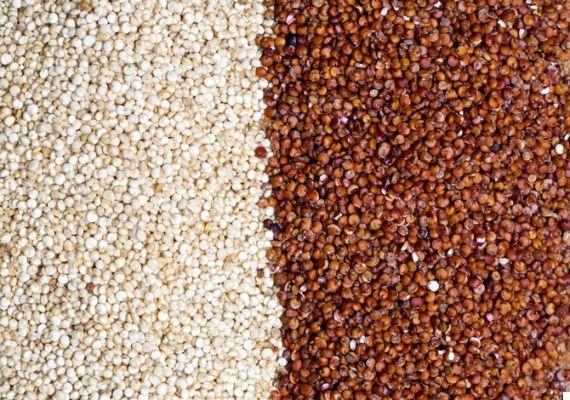 Il millet belongs to the rice substitutes as it has similar shape, preparation methods and properties to rice. Rich in vitamins, also vitamins of the B complex, and mineral salts, is a substitute for white rice with beneficial properties nutrients and diuretic. It is an energizer. The mile peeled è gluten-free therefore suitable for the diet of celiacs. Millet, if cooked sufficiently, is suitable for the preparation of meatballs and flans, as the grains blend together. If cooked the bare minimum, the grains remain separate and therefore can be used as an ingredient for cold cereal salads. In soups, millet flakes easily and makes the dish creamy. For macrobiotics, like almost all cereals and pseudo grains, it is slightly yang, therefore easily balanced, in the warm seasons, by the combination with fresh vegetables. 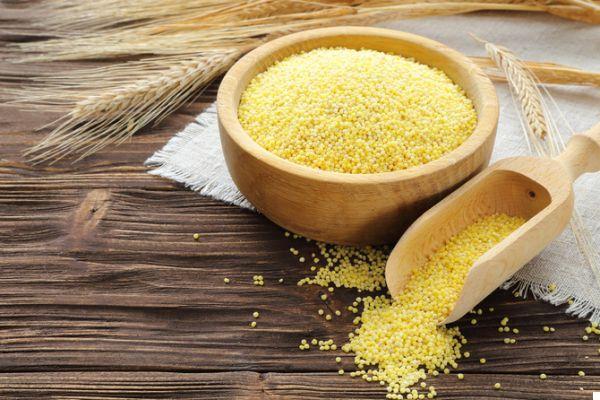 L'amaranth it is shaped like a very small cereal, but it is not a cereal. This makes it a very valid substitute for rice also in the diet for celiacs. Amaranth has a good amount of Lysine, more than all the other rice substitutes we have mentioned. Lysine is a essential amino acid that contributes to the formation of collagen and essential for the absorption of calcium. Lysine also enhances the immune system. Amaranth is gluten-free. Its grains are very small and can be used in recipes as a substitute for rice: in the preparation of burgers and vegetarian meatballs, because when cooked they release a gelatinous substance that allows to aggregate the doughs. In soups they mix well without releasing particular flavors, thanks to their small size. Combined with legumes amaranth provides good amounts of vegetable proteins. 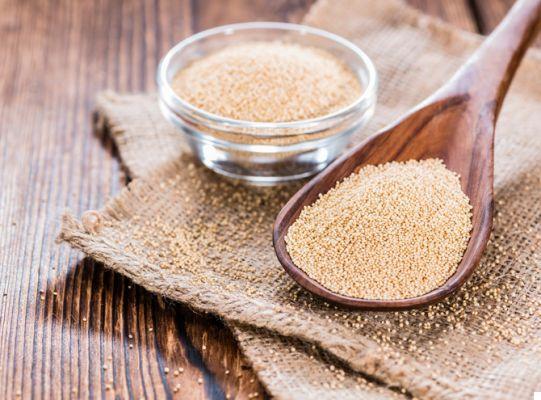