Where is Vitamin B12 found? 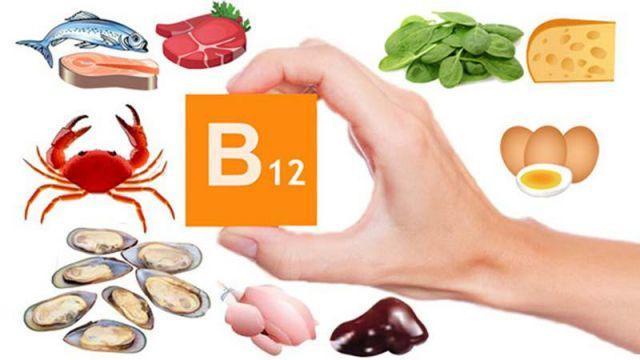 La Vitamin B12 o cobalamin, water-soluble, is also known as the "vitamin of energy”For its energizing power and is also essential for longevity. It cannot be produced synthetically, but forms on colonies of bacteria or molds present mainly on meat. It comes as a vitamin of dark red color, tonality that is given to it by cobalt.

Vitamin B12 is also very important for synthesis of hemoglobin. It is necessary for the metabolism of nervous tissue, proteins, fats and carbohydrates. As if that weren't enough, vitamin B12 regulates iron intake by the body and fixes vitamin A in the tissues.

Vitamin B12 deficiency: what it entails

A vitamin B12 deficiency involves serious neurological disorders e behavioral and can lead to forms of anemia.

Serious vitamin B12 deficiencies due to insufficient dietary intake are generally quite rare, however they can affect vegans who are not attentive to food and other people with difficulty in assimilating it.

Symptoms of a B12 deficiency they are recognized in: weakness, pallor, jaundice, fatigue, inflamed tongue, tingling extremities, reduced pain perception, irritability, headache, depression, sleep disturbances, difficulty in remembering. There is therefore no joke. But where is vitamin B12 found?


Vitamin B12, when to take it and dosage

Where is vitamin B12 found

To discover where vitamin B12 is found we have to search among the animal proteins. The liver is the best source, followed by the kidney, from muscle meat, from fish; in the vegetarian field is contained in egg yolk and, to a lesser extent, in cheese, especially seasoned. It is strongly debated whether it is contained in the most useful form for us also in seaweed, such as nori or spirulina, in soya and derivatives.

meat and fish mainly and, to follow, eggs and cheeses. In the case of a vegan, however, the concern about vitamin B12 becomes concrete and sensible, because it is a vitamin that plants do not produce. In fact, vitamin B12 comes from the bacteria present in the soil; whoever eats only vegetables is forced to wash food in compliance with essential hygiene rules. These necessary precautions, however, ensure that during washing the content external to the plant and therefore the vitamin B12 is lost.


So where else is vitamin B12 found? Alternative sources are foods added with vitamins (better to prefer those in which the addition is limited to B12) or the supplements (also only limited to B12, because the other vitamins are obtained from fruits and vegetables).

To be honest, even eating meat can suffer from vitamin B12 deficiency: not only because some drugs prevent its absorption, but also because it has been found that some organisms of individuals under the age of 50 hardly release that type of vitamin. .

Some thoughts on the consumption of vitamin B12

> Symptoms, causes and nutrition against vitamin B deficiency

Audio Video Where is Vitamin B12 found?
Probiotic foods: what they are and when to take them ❯

add a comment of Where is Vitamin B12 found?