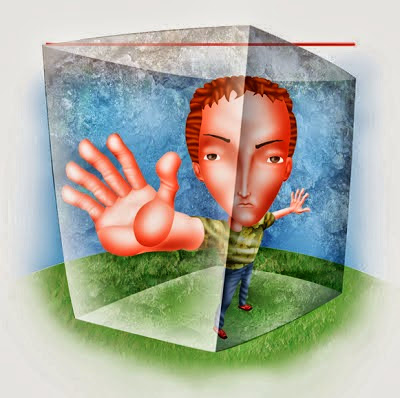 We all know that anxiety is a bad companion, but now a new study sheds new light on the topic by finding that anxious people need more living space around them.

Living space, for the uninitiated, is the space between us and others that we need to feel comfortable. As you can imagine, the amount of living space one needs varies from one culture to another depending on how physical contact is viewed. Thus, in Latin cultures the socially accepted interpersonal space is smaller than in the Anglo-Saxon culture, for example.

However, in general, people need between 20 and 40 centimeters of living space in order not to feel threatened. But now a study conducted by researchers at University College London has revealed that when we suffer from anxiety, we need more living space around us.

To reach these conclusions, the researchers analyzed a group of 15 young people. The experiment consisted in applying an electrical stimulus to a nerve in the hand to make it oscillate. This reflex is not consciously controlled and, moreover, it has been shown to increase when the stimulus is induced within the person's living space.

The researchers limited themselves to stimulating the participants' hands from different distances (at 4cm, 20cm, 40cm and 60cm). Obviously, each person had to complete a test to assess their anxiety levels.

After monitoring the responses, the scientists found that people with anxiety perceived the stimuli as more dangerous and needed more living space around them to feel comfortable.

What are these results due to?

We can hypothesize that anxious people are much more sensitive to environmental stimuli and therefore tend to react more quickly, even before their living space has been invaded. But it could also be due to the fact that anxiety makes us more apprehensive and makes us overreact to stimuli.


In one way or another, this study helps us to keep adequate distances; that is, if you are dealing with people who suffer from anxiety, it is better not to get too close to them, in order to avoid
that feel uncomfortable.

When to end a relationship? 3 key questions ❯

How to eliminate anxiety in children?

A technique for eliminating anxiety: Speaking in the third person