When to end a relationship? 3 key questions 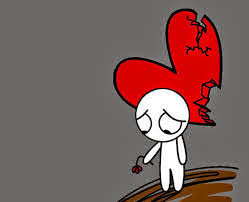 Almost everyone, at one time or another in life, has had to face the breakup of a love relationship. And almost always it is a painful situation whose decision was continually postponed with the secret hope that everything would be resolved automatically.

Obviously, the longer the relationship lasted, the more difficult it was to make that decision. In this regard, many ask themselves: when is the time to end a couple relationship? How to understand when there is no more hope?

The three questions to ask yourself before ending a relationship

In reality, each couple is a world of its own, it is difficult to make generalizations, but there are some questions that can help many to decide:

Avoid self-deception: Nothing will ever be the same again


Often people cling desperately to a relationship that has long since ended. They do it because they are still in love, because they do not admit failure or because they are afraid to change ... the reasons are many, but all lead to self-deception. That is, to think that when the problem is solved everything will be as before.

When a relationship problem is so serious that one of the two members considers terminating the relationship, it is because a deep emotional wound has occurred. Emotional wounds are the most difficult to heal and often remain open, so they become infected again at the slightest stimulus.

The simplest example is when there is a betrayal. The betrayed person will likely be suspicious and, even if they probably say they have forgiven their partner, take advantage of the slightest opportunity to blame them for their mistake, so that everyday life turns into a hell of jealousy and insecurity.

Obviously, in these cases continuing with the relationship only serves to throw more wood on the fire. Therefore, before deciding whether the relationship can continue, you should be ready to accept that nothing will ever be the same again. Something will have changed, the vase has broken, even if it is not clearly seen from the outside.

All this does not mean that the two no longer have the possibility to return to being happy together for the sole fact that one of the two has made a mistake, but only that it will be necessary to work very hard to regain mutual trust. Each person will have to independently assess whether they prefer to work to save the relationship, or if they should end the relationship and start looking forward. Of course, communication is always an essential factor.

add a comment from When to end a relationship? 3 key questions