Because some paths of personal growth, made of exasperated specialization, create more harm than good. 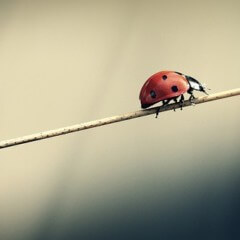 “The essence of nature is balance. Where there is shadow, there is always a light that has generated it. "

Author's note: today I publish a guest post by Marco “Mark” Cannelli, author of Semplifica.com. One of the reference sites for personal growth. Mark will tell us about a “global” approach to personal growth. In fact, it happens too often that we literally get carried away by our goals, creating an imbalance in our life. It happened to me just last year when, in order to pursue a certain goal, I left out other very important aspects of my life. Well, I just have to leave the word to Mark.

The ultra specialization of Western culture

In this article I want to talk about a very widespread trend in the world of personal growth. A trend which, in the final analysis, is a real leitmotif in every area of ​​the existence of contemporary man. I refer to the inclination to want to "fragment" everything and to make everything independent and self-referential to exasperation!

Have you ever thought about your school years? Do you remember how the lesson hours and subjects were organized? Each topic was broken up into autonomous parts that hardly "talked" with each other; with the absurd consequence that students often found it difficult to connect facts and characters in a global and understandable scenario. Anyone who does not yet use them knows something about it conceptual maps to study.

It seems that our modern Western societies and cultures are characterized by a desire for ultra specialization, in many different sectors and realities. Obviously, all this often has serious consequences. In fact, this orientation has repercussions not only on a common level, but also on an individual basis and on the behavior of individuals.

The specialization in Personal Growth and its risks

That said, if you care about your personal growth then you should start focusing on this scenario better. From the right understanding, a path of sure success can be developed which, however, otherwise, would risk seeing all the efforts that you are employing with such dedication nullified.

In fact, even personal improvement paths can be counterproductive, in the long run, if you don't learn to cultivate them in the most harmonious and profitable way for you and for those close to you. What do I mean by this?

Before giving an answer, I want to make you reflect on the modalities of the many personal development paths which, in summary, can be grouped into these three macro areas, which GetPersonalGrowth has had the opportunity to deal with in several of its articles:

Small and large tribes (to put it using the jargon of Seth Godin) have aggregated around these issues, each with its own characteristics and with often completely appreciable goals and objectives, but with a problematic aspect in common.

… Each of these groups hardly converses with the others. I have also had proof and experience of this personally, having tried to touch all these areas of growth a little. Those who deal with one of these aspects are unlikely to develop the others, unfortunately often in the wake of preconceptions and clichés.


The consequences of this type of isolationism are serious and, worst of all, they risk nullifying a path of authentic personal growth. The reality is that each of us does not move and never operates only in one of those areas. If you think about it you have a job, friendships and maybe a family, dietary or health needs and so on.

What I mean is that when you crystallize your attention in only one of the great areas of personal development and neglect the others, you are moving forward (aware or not) along a path made of alienation and unhappiness.

I take as an example the commitment to a spiritual path (of any creed or tradition). How many times have I met people who, strongly taken by their inner and spiritual dimension, look at the commitment to improve their finances and the sense of satisfaction in work with a sense of annoyance.

By deciding to undertake an existential path mostly dedicated to spirituality, daily living will inevitably become difficult. Often we end up believing that it is enough to give oneself to spirituality and everything else will work out by itself. Except then understand, sometimes dramatically, that things are not in these terms!

When you think you can put aside the tools to act on the material side, you are condemned to a life made of very unpleasant misunderstandings and a sort of "economic autism" which, in the end, will lead to complicate and make even the spiritual path itself impracticable.

A similar type of detachment is also experienced by those who consider only the material, economic and working side. Those who exceed this area sooner or later will find themselves having to manage the facts of life, good or bad, with ups and downs… in fact, economic tools alone are not enough.

You will also have read about how many more or less famous people who, outside the working reality, have had to face difficulties, anxieties or depressions never completely healed. Or they move completely inadequately in interpersonal relationships.

In these situations it happens that we find ourselves in a state of growing dissatisfaction and unhappiness which, however, we are unable to understand and face. In the end, even in this case, what one cannot develop is a global vision, made up of basic values, on which to build and orient one's life.

The wonderful chaos of life

Which leads me to note how, even in the environments of personal growth and positive thinking (with all the existing literature, especially from “The Secret” onwards), very often a very similar mistake is made. The mistake is to avoid stressing to people that in life there are and will be lights and shadows, good and bad, health and disease.

The result, once again, is to try NOT to look reality as a whole in the face. Therefore, when things go wrong, those who thought they could only rely on positive thinking eventually collapse. The lack of harmonic integration is felt, above all, when trying to solve certain problems with totally unsuitable tools.

Many personal motivation trainers and coaches don't give you the tools to manage things when suddenly they don't go right. Those who propose economic developments and improvements do not deal too much with certain aspects and, finally, those who move from a spiritual point of view do not always make you understand the importance of not cutting out everything else.

Unfortunately the same thing happens in all those environments that make the body care an absolute "must". Every moment and resource is used in the gym, solarium, there is a rush for expensive and fashionable clothes and objects, and so on.

Don't get me wrong, there's really nothing wrong with wanting to enjoy your health, well-being and beautiful things. Here, too, the difficulties begin when you create an existential horizon of each of these spheres that engulfs all the rest or almost ...

In short: whatever dimension of your life you give more space to, if you do not decide to develop the others following a global growth, you risk only channeling yourself along a path that in the long run will NOT lead you towards a peaceful and fulfilling existence.

The wisest thing to do, therefore, is to give space to every single part of your existence. Trying to experience personal growth as a path of expansion in every direction and in every sense, this is the little big secret to make each of us a person who is complete and integrated with himself and with life.

When routine cages you, stop being good ❯

Self-control according to Tibetan Buddhism

Indulging Your Desires: Healthy or Harmful?

The power of the word is immense

Life lessons we should all learn

add a comment of When Personal Growth doesn't work