When people tell you that you are no longer the same, it is because you have stopped being the way they wanted you to be 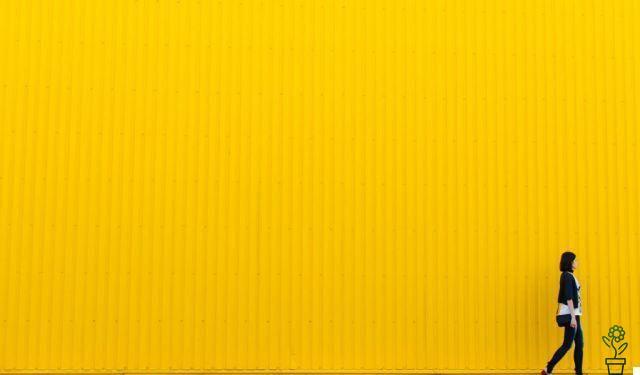 "You are no longer the same, you have changed a lot", is one of the criticisms we often receive and it is also likely that on some occasion we ourselves have addressed it to others. Behind these words there is often a feeling of disappointment. The person feels that, in some way, he has been betrayed or deceived, so he ends up blaming the other, blaming him for having changed. With these words he is saying that the other is not worthy of trust or to be loved, because the initial premises on which the relationship was built no longer exist.

Obviously, when these words are addressed to us, especially if they come from a person we love or respect, we feel bad and we are led to make an examination of conscience. The problem is, looking within, we realize that we have truly changed. So we automatically feel guilty. And suddenly, we feel overwhelmed by the weight of relationship problems, even though it doesn't have to be.

We all change, it would be strange to continue being the same

Some believe that the personality is immutable. Even psychologists thought so until not so long ago. According to this point of view, if you are extroverted or introverted, you will continue to be so until the end of your days. But things don't go that way.

A recent study by psychologists at the University of Edinburgh showed that this is not the case, revealing that we are a completely different person at 14 and 77 years old. These researchers archived the results of the personality tests done to 174 adolescents in 1947 and applied the same test again to the same people 60 years later, to evaluate the changes in their personalities.

Six fundamental characteristics were evaluated: self-confidence, perseverance, emotional balance, self-awareness, creativity and the will to overcome oneself. Thus they discovered that the personalities of these people had changed considerably over time, to the point that in some cases it was practically impossible to draw parallels. In fact, only two people showed some stable characteristics: emotional balance and self-awareness.

This shows that the circumstances of life and the way we deal with them slowly shape us over the years. Therefore, it is perfectly normal to change, to desire different things, to have different dreams and to change opinions and even beliefs. On the other hand, it would be really strange if we remained anchored to the same "I", because this would mean that we have not learned anything from experiences, that we have not matured.

Don't let them make you feel guilty, you have the right to change

Life is movement. If a person expects nothing to change, he has an illusory, unreal expectation. Unfortunately, many cling to stillness because the idea of ​​movement and change terrifies them. To these people, the prospect that the other can change causes suffering, they want everything to be permanent, so that they can have a false sense of security.

So when they tell you that you have changed and you are no longer the same person, what they are really saying is that you have stopped meeting their expectations, feeding their needs, and you no longer fit into the image they had of you.

Why does this happen?

The most likely thing is that you continued to grow, while that person remained stuck in the past. So now your differences are even more marked as your expectations, hopes and goals are different, as are the way you react to life.

Obviously, this change didn't happen overnight, so criticism is generally motivated by lack of attention. At some point in the relationship they lost the intimacy and connection that you had, so you became almost a stranger to that person, who was unable to see your changes in time and adapt accordingly.

How to deal with this reproach?

- Don't let me blame you. Don't let this reprimand make you feel guilty. You have the right to change and not to live to meet the expectations of others. Change is part of life.

- Ask him to be specific. To say that "you are no longer the same" is a general criticism that leads nowhere. Ask the person to specify what he or she misses about you. Maybe you should really spend more time in the relationship or catch up on some of the habits and gestures you used to have.

- Know yourself better. Sometimes we change so quickly that we are not fully aware of these changes, so an exercise in self-awareness is needed to reconnect with these new parts of our "I". This way you will know exactly what you want and where you are headed.

- Close a phase of your life. Life is closing some circles and opening others. When the gap is very large, sometimes the only solution is to separate the paths. Instead of hurting each other, fueling criticism and dissatisfaction, if everyone is looking in a different direction it is better to both be free to pursue their dreams.

It is important to never take anything for granted. If you have met a special person in your life that you want to keep next to you, be sure to dedicate time to him and create moments of intimacy that allow you to get to know this person better and discover new sides. In this way you will be able to stand by him at every stage of the transformation process and grow together.

add a comment of When people tell you that you are no longer the same, it is because you have stopped being the way they wanted you to be