When in doubt, clarify and verify through the technique of "Do you mean that ...?" 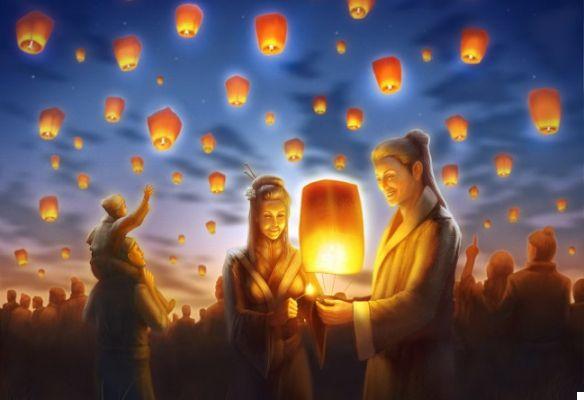 People often they waste useful energy and precious time wondering what others think, do or intend. Rather than asking those directly involved for clarification, they make assumptions, which almost always reveal themselves later contrary to reality, bad or good they are. And the serious thing is that then these same people they also make decisions - obviously wrong - based on their assumptions. If you want to be successful in life, you don't have to waste time assuming, imagining and asking yourself things. You have to go straight to the point: very simply verifies, without being afraid of rejection or any negative feedback. In fact, what use would it be to be an ostrich and put your head in the ground so as not to know what is really happening around you?

The reason people tend to assume rather than face facts openly is because of fear of what is unknown (in a other article I already told you that you should never be afraid of feedback). Fearing the worst, one takes refuge in prejudice rather than verifying. Consider the cases in which you know all the real circumstances about a particular situation, person, problem or opportunity: do you not make more correct and equitable decisions than when you decide on the basis of mere assumptions? When you know the real facts you can also do something about it, improving the situation and the quality of your life. Imagine always deciding on the basis of some prejudice or invention: don't you think you would run the real risk of making a mistake? The truth is that we often complicate our life when no particular effort would be needed to simplify it. Sometimes you just need to ask or speak clearly to live better. When we assume we often remain in doubt, and waiting in doubt wears us out. For example, we keep asking ourselves whether or not one of our collaborators will do a certain task, when, on the other hand, it would be much easier to say: “You will end the relationship by next Thursday, right? Then we agree that you will have the printer make that quote by Tuesday afternoon, okay? "

Here's how to check and stop guessing through the "Do you mean that ...?"

Un concrete way to clarify and check when in doubt in order to avoid unnecessary guesswork is to use the following question: "Do you mean that ...?" This simple and straightforward question can make significant benefits to the quality of your interpersonal relationships. For example, let's say you ask one of your collaborators to come with you to a customer and he says no. In this case, your assumptions could be varied: he is annoyed to come, he is angry with me, he does not care much about the activity and so on. But with the technique of "Do you mean that ...?" you would no longer need to guess, but would rather ask what you really think, giving the other party the opportunity to explain and have their say.

"You mean and don't you mind coming with me to meet the customer? "
Maybe your co-worker would reply: "No, that's not it."
"You mean and I made you angry ... Did my attitude bother you? "
"No, my pleasure."
"You mean and have you planned any other activities? "
"Yes, actually I prefer to stay in the office because I'm ending a relationship."

You see, sometimes people are unclear and do not immediately communicate the reasons for their behavior. They just say no, to be elusive or not very exhaustive, without giving explanations regarding their position. This is likely to generate misunderstandings which become a source of irritation, suspicion and altercations. All this simply for lack of clarity, and not for actual and real reasons.

Verifying the assumptions, therefore, improves communication, relationships, the quality of life, and allows you to become more productive and more easily achieve success in every area of ​​life. When you are clear right away, the gaps, doubts and conflicts (due to incorrect assumptions) disappear. So always try to be proactive: investigate trying to clarify every situation you live. This will allow you to achieve excellent results.

Learn to say no by creating a "stop doing" list

Making your dreams come true: how to achieve your goals (in 12 steps)

3 self-imposed limits that you absolutely must face and eliminate

Expressing appreciation - how and why it matters

add a comment from When in doubt, clarify and verify through the technique of "Do you mean that ...?"