When guilt traps us 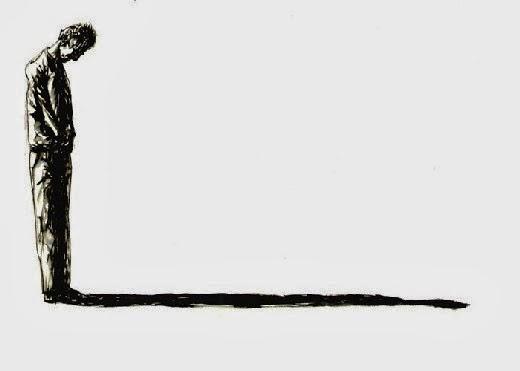 We already know that guilt is one of the most harmful feelings that exist because it prevents us from looking to the future and, at the same time, it prevents us from living in the present by keeping ourselves tied to the past. But what's interesting is that generating guilt is very simple, much more than you might imagine.

The simple act of shaking hands with a thief or a liar or even sitting on the chair they used earlier can generate feelings of guilt. Or at least that's what a very interesting study in the field of what is known in psychology as "moral transfer" proves.

The researchers recruited 54 college students, half of them being told that the chair they were in was previously occupied by a student who had been caught trying to steal. Subsequently, all participants had to complete a personality test which aimed to assess how they felt at the time. During the test, elements were used to evaluate emotions such as anger, guilt and sadness.

As can be guessed, the people who were told they were using the chair previously used by a thief showed an increased sense of guilt.

But the experiment didn't end there. The researchers recruited 48 other students, and more than half of them were introduced to a person who shook their hand. They were later told that this person had been misleading during the exams. Once the students had completed the personality test, the researchers found the guilt again, as if they had been cheating on the exams.

These experiments show us how easy it is to generate guilt in a person, since sometimes a simple comment can be enough to trigger the mechanism. The problem is that when we feel guilty about something, we are more sensitive and can easily fall victim to manipulators. So, the next time we feel guilty we should carefully analyze the environment and the people around us, it is likely that someone is trying to shift the responsibility, even unconsciously, onto us.