What others think of you reflects who they are, not who you are 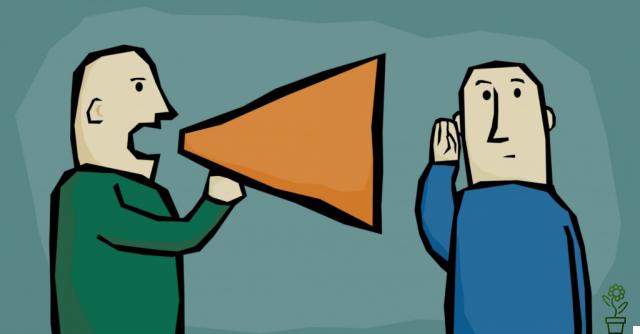 The Sioux had a very interesting proverb: "Before judging a person, walk three moons in his shoes". They were referring to the fact that judging is very easy, understanding is a little more difficult, and being empathetic is much more complicated. This is only achieved if you have had similar experiences.

However, we often say that others understand us, understand our decisions and share them, or at least support us. When they don't, we feel bad, we feel misunderstood and even rejected.

Of course, it's not our fault, we all need someone to validate our emotions and decisions in some situations, it's perfectly understandable. But subordinating our happiness to the acceptance of others or making decisions based on the fear that others do not understand us is a big mistake.

Because what others think of you actually says a lot more about them than about you, it reflects who they are, not who you are.

When someone criticizes a person without being able to put themselves in their shoes, without showing an iota of empathy and without trying to understand their point of view, in reality they are simply exposing their way of being. With his words he may be shouting to the world that he thinks you are a bad person, but with his attitude he is only revealing that he is an insecure person, with a rigid mindset and full of stereotypes.

The truth is that ignorance or denial almost always hides behind a destructive criticism. In fact, many people criticize you because they don't understand your decisions, they didn't put themselves in your shoes, they don't know your story, and they don't understand what prompted you to take a certain path. Many people criticize from the deepest ignorance and, above all, from an arrogant posture that makes them think they possess the absolute truth.

In other cases, people criticize because they see certain characteristics or desires of their own reflected in you that they do not want to recognize. In this regard, the French writer Jules Renard stated: “our criticism consists in reproaching others for not having the qualities we believe we have”. For example, a woman who is abused by her partner may sharply criticize the divorce, thus reaffirming her position: repeating to herself that she must continue to endure this situation. And the curious side is that the harder the criticism, the stronger the denial at its base.

In practice, sometimes destructive criticism is nothing more than a defense mechanism known as "projection". In this case, the person projects onto others such feelings, desires or impulses that are too painful or that he is unable to accept, in such a way that he perceives them as something foreign and punishable.

How to survive the criticism?

Nobody likes to be criticized, especially if the criticism turns into verbal attacks. Unfortunately, we cannot always avoid these situations, we must learn to live with them without causing excessive damage to us.

How to do? Here are some uncommon but very effective strategies:

1. Put yourself in the place of those who criticize you. Empathy is a powerful antidote to anger and anger. We cannot be angry with someone when we understand how they feel. So the next time you criticize someone try to put yourself in their place, even if that person is unable to put themselves in your shoes. Thus you will see that it is probably a short-sighted person, who has not lived the same life experiences as you or who accumulates a lot of bitterness and resentment. You will notice that his words are not worth worrying about.


2. Accept that his is just an opinion. What others think of you is their reality, not yours. Those people judge you based on their own experiences, values ​​and criteria, not yours. If they had put themselves in your shoes and walked the same path in life as you, they would probably think very differently. Therefore, assume that these criticisms are really just opinions, no more and no less. You can take them into consideration, to see if you can take advantage of them, or you can just dismiss them.

3. Return the criticism gracefully. When it comes to destructive criticism, the most convenient thing is usually to pretend not to hear, because that person is usually not open to dialogue, if they were, instead of judging and attacking they would have shown a more respectful attitude. But there are cases in which it is necessary to place a limit on the situation. After all, when it comes to extreme evils, one has to resort to extreme solutions. In such cases, respond without getting upset and with concise sentences that do not give rise to replies. For example: "I do not accept that you express an opinion about something you do not know" or "I think you do not understand me, and that you do not want to do it, so I do not accept that you criticize me".

“In general, people judge more with their eyes than with intelligence, as everyone can see, but few understand what they see”, said Niccolò Machiavelli a few centuries ago. We can make the sentence our own by making sure that when we criticize the criticism contains the seeds of change and is constructive. Criticizing just for the sake of it simply means that our language is disconnected from the brain.

What people think of you is their problem, not yours ❯

add a comment of What others think of you reflects who they are, not who you are