What is the number 1 cause of failure? 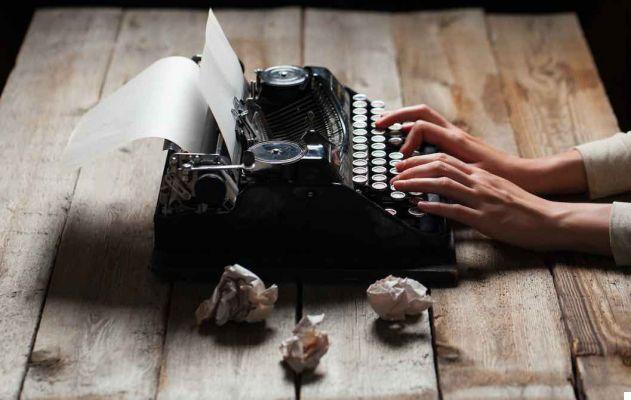 What are the causes of our failures?

Why, in studying, at work, in personal life, do we find it so hard to realize our desires and goals and indeed, often, we do not succeed at all?

And then (almost) never getting to accomplish any of these things.

And, when someone makes it, well, it becomes a problem for everyone else, who, not to feel outdone, attribute the success of others to luck, privilege or some obscure injustice committed.

Struggling to find ways to diminish the successes of others is a natural tendency that man puts in place to protect himself psychologically.

The fact that it is natural, however, does not mean that it is a beautiful or useful thing to do ... especially then due to the fact that it would be much better to invest time and energy in something much more constructive: understanding and correcting the causes of one's failures.

For this reason, today, I will reveal to you what is, in my experience, the number 1 cause of failure.

Stephen King himself taught it to me, but first let me tell you about another famous author who talks far and wide about success and failure.

The 30 causes of failure according to Napoleon Hill

In "Think and enrich yourself", which is a bit like the Bible of modern self-help, Napoleon Hill lists well 30 causes of failure.

From being unlucky to surrounding oneself with the wrong people, from not having studied enough to being perpetually indecisive, from poor control over one's instincts to lack of concentration ... and so on, listing all the main human defects one after the other. .


When I read them for the first time it was very interesting, and I did a bit like when, as a 10 year old boy, I used to leaf through the daisies thinking about my beauty.

You can do it too:

Apart from the cases of true and unappealable misfortune, which unfortunately occur, the listed causes of failure all have one thing in common: they can be overcome, in whole or in part, with strategy, commitment and time.


Furthermore, while the level of awareness on certain issues was very low when the book was written, today most of those causes are well known to everyone., and the remedies are also known.

For example, I have been dealing with and writing about these things for years, I must say that, for almost every cause of failure listed, I know at least 3-4 techniques that can allow to overcome it.

And anyone, with a brief search on the internet - something else impossible in Napoleon Hill's day - can find dozens of suggestions for doing so.

But… wait a minute….

Se we know what are the causes of failure e we know how to overcome them, how come we continue not to get what we want?

The fact is that those described by Hill are, so to speak, secondary causes of failure, all of which depend on the same reason.

This reason constitutes that primary and main cause of failure which I mentioned at the beginning of the article, and which is called low ability to perform.

Or, in other words: scarce ability to make knowledge follow action.

Let me tell you what I mean.

If you google the word "diet", 168 million results come out in Spanish alone

If you type "change jobs", "ideas to get rich", "write a book", "live on vacation", just to mention some of the recurring dreams of many, you will find a volume of information ranging from 2 to 54 million pages .


This data overload mirrors ours desperate for information that lead us to achieve our goals.

In fact, most people are now convinced that, for everything, it exists a secret, an idea, a trick, a strategy, which they do not know but which, once found, can magically lead them to success.

But the truth is that losing 10 kg, passing an exam, even opening a relatively successful start-up, are not activities for which it is necessary to have who knows what occult knowledge.

It is enough simply to have a few ideas, but clear, and put them into practice consistently.

This of the relationship between knowledge and action is a phenomenon that I observe, for better or for worse, every day among my students and readers.

There are many that, in a short time, they have radically changed for the better their results.

And they all have one thing in common: they didn't just read this or that information, they actually used it. Most of the time, by the way, not all of them, but only the 3 or 4 that they have selected as most useful for their case.

Many others instead, despite buying one manual after another, continue to get stuck on the same results.

And guess what this second type of students have in common?

That never take action or that, when they do, they do it little and badly.

In the same way, everyone now knows how a diet works, how to prepare an exam, where certain resources are found, but few have the strength and constancy to do this that you need to do.

Thus they risk finding themselves wasting time waiting for an inspiration, an idea, a new information that magically solves things for them ... when instead they have the solution in front of their eyes: put into practice, calmly and steadily, what they already know works.

Stephen King, who is my idol and guru when it comes to books, gives advice to aspiring writers:

"The amateurs sit and wait for inspiration, the rest of us just get up and go to work"

Whatever your dream or goal is, I recommend that you do as The King says.

Which faces do we remember best? ❯

add a comment of What is the number 1 cause of failure?