What is the microbiome diet and how does it work

Our propensity to gain weight it depends on the state of health of the intestine and, therefore, from the composition of the now known microbiome. Mosley, BBC reporter, in the country to present his latest book The diet of the microbiome (Vallardi, € 16,90) is absolutely convinced of it.

“We know that they live inside the intestine over three hundred thousand billion bacteria belonging to a thousand different species. A larger and more complex ecosystem than a rainforest which sees the various ferments competing with each other. Today we are able to also know exactly how it behavesContinues Mosley. “Good cultures produce chemicals that they can influence the way we feed ourselves, the state of our mood and that, above all, they have the ability to support our immune system».

The fact that currently allergies and intolerances are on the rise in most of the Western population it makes us understand that our intestines are often out of balance.

THE BOND WITH THE BRAIN

The discovery of the microbiome has given rise to much research on the relationship, now proven, between intestine and brain.

“We are seeing the development of a new branch of science called "Psychobiotics", who closely studies this link. What the researchers have shown is that the activity of intestinal bartteriums has a direct impact on mood, sleep quality, propensity for depression, even autism: important studies are underway at Oxford University. We certainly know our gut microbes they speak directly to the brain through the vagus nerve, producing a series of hormones and neurotransmitters that reach the brain through the blood, ”explains Mosley.

SYMPTOMS TO LOOK FOR

THEbalance of bacterial flora it is therefore crucial. What indicates to us that we have lost it? "Stomach ache after meals, gas and bloating, constipation or diarrhea are some of the most important indicators of poor intestinal health. But so are allergies and anxiety-depressive symptoms, ”Mosley says. «Once the signs of discomfort have been identified, it is important change your diet without hesitation».

And here comes the Mosley's microbiome diet. A two-step meal plan, developed by the nutritionist Tanya Borowski, and the doctor Clare Bailey.

Before illustrating the stages, let us recall that according to Mosley intermittent fasting can help which does not mean not eating, but drastically reducing calories for two days a week (and in fact we are talking about the "5/2 diet").

«According to many researchers this habit it would reduce the aging factors (oxidative stress and inflammation), increasing the body's ability to protect and repair itself. THE benefits also affect the intestine, with an increase in microbial diversity (positive fact) and an important increase in the famous good bacteria ».

THE SIX FRIENDLY FOODS OF THE MICROBIOTA

It is one of the healthiest fats, because it contains a series of polyphenols and antioxidants that are effective in calming inflammation wherever they are: in the brain as well as in the arteries and intestines. Olive oil is also very satiating so it helps reduce the temptation to eat industrial fats and sugar.

Those still a little unripe contain resistant starch, a carbohydrate that is not digested by digestive enzymes present in the stomach and small intestine and reaches the colon unaltered. Here it is fermented by the good bacteria present, which feed on it by releasing butyric acid: a fat with an anti-inflammatory and anti-tumor action.

Especially the one enriched with superferments is capable of influencing the balance of the microbiome, stimulating the multiplication of good bacteria and improving the efficiency of the immune system. Several studies have shown that probiotic yogurt is useful for treating diarrhea, constipation, bloating and abdominal cramps.

Its grains provide high amounts of beta glucan, a fiber defined as prebiotic because it promotes the growth of good intestinal bacteria. This substance also binds bad cholesterol and sugars present in the digestive tract, preventing its absorption and passage into the blood.

They are an excellent source of protein and contain lots of vitamins and minerals. A hard one provides 70 calories, half those found in a serving of cereal and 1/4 those of a brioche with jam. Eggs are good for the microbiome because they have no sugar (the favorite food of bad gut bacteria).

In this root there are at least 200 different substances, but the one that, according to scientists, is of particular interest, is curcumin: it has powerful antioxidant and anti-inflammatory properties; it inhibits the growth of bad bacteria, parasites and pathogenic fungi, and directly protects the intestinal walls.

If you want to have a healthy and diverse microbiome you must not only try to eat certain foods (fruits and vegetables, whole grains, legumes), but also reduce or, even better, avoid the consumption of others. Here are which ones.

It is addictive, spikes insulin, promotes obesity and diabetes. In addition, the sugar feeds the bad bacteria present in the intestine, unbalancing the microbiome.

Like all "processed" foods, rich in emulsifiers, fats and / or sugars, they encourage the growth of bacteria that attack the intestinal mucosa, inflaming it.

In addition to affecting the brain, they also act on intestinal bacteria causing the growth of bad ones, which secrete inflammatory substances and promote obesity and diabetes.

Browse the gallery and discover the two phases of Mosley's diet for the microbiome. 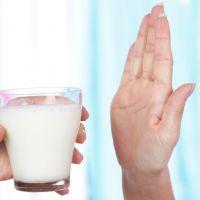 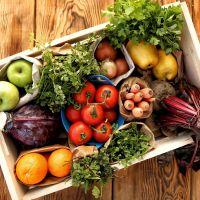 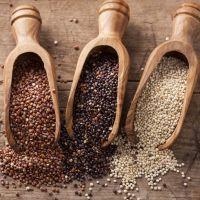 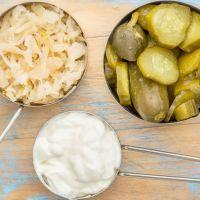 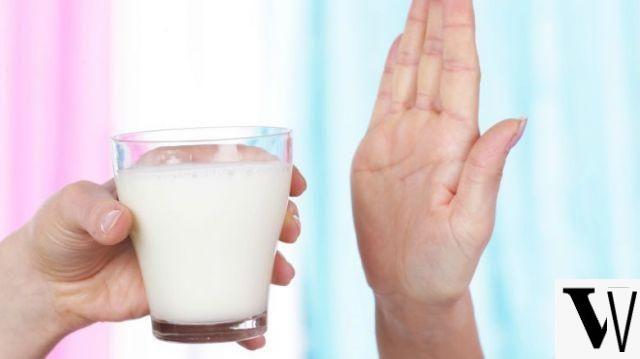 The diet was developed by Tanya Borowski, a nutritionist who is a member of the British Association for Applied Nutrition and Nutritional Therapy, and by the doctor Clare Bailey, family doctor. You may need to at least four weeks of Exclusion and Repair to give your intestines a chance to return to health.

<br>• Milk and derivatives, especially milk, which has the highest lactose content, all dairy products.

<br>• Legumes. They contain lectins, which can cause swelling (reintroduce them after two weeks, as they are a good source of protein).

<br>• Vegetables very rich in fiber, such as broccoli and kale and curly, green beans, peas and brassicaceae such as kale and Brussels sprouts. They all tend to be more digestible when cooked slowly. Cut back on highly prebiotic foods like onions, garlic, and leeks at first. They can be reintroduced in the second phase. 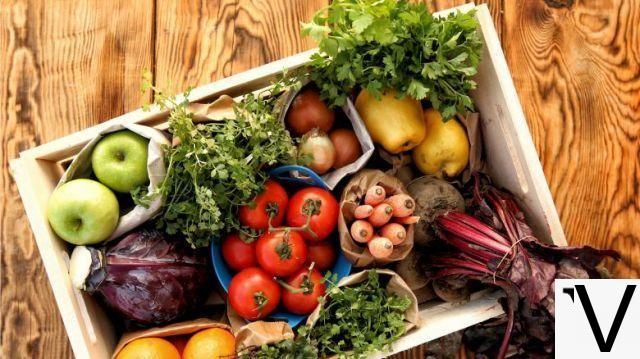 FOOD TO CONSUME IN LARGE QUANTITIES

<br>• Non-fibrous plant-based foods. At least half of your plate should contain vegetables, herbs and fruit. The daily diet must consist of at least seven portions of vegetables and fruit, with a prevalence of the former.

<br>• Phytonutrienti, such as those found in non-starchy vegetables and fruit of different colors; instead it limits tropical fruits, melon and grapes, given their high sugar content. 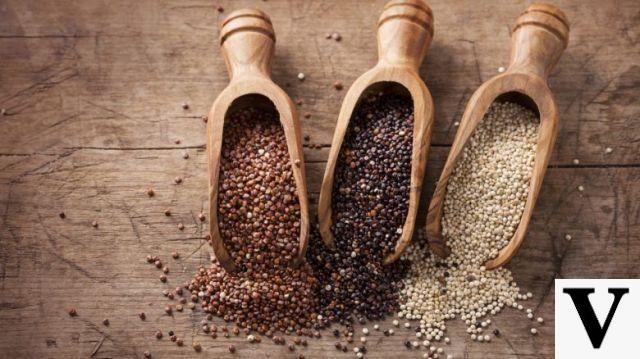 Once you have gone through the Exclusion and Repair phase, and once you start feeling better, you can start insert new foods and reintroduce those you had eliminated.

Resume eating foods one at a time with an interval of at least 72 hours between one and the other. The aim is to try to identify the ones that give you problems. Eat a normal portion of the "suspect" food. If, after reintroducing it, the disorders recur, usually within a few days, leave them alone. When you have started feeling good again, try adding another food to the excluded ones. Do it by following these directions.

<br>• Milk and derivatives: starts by reintroducing whole yogurt with live lactic ferments, then cheeses and butter and finally milk.

<br>• Alcol in moderation, and always together with food. If possible, prefer red wine. 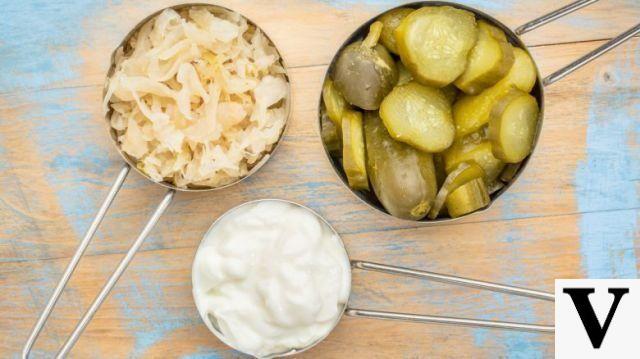 Here are the foods that feed the good bacteria:

<br>• Legumes. They can be reintroduced after two weeks, but gradually.

<br>• Fermented vegetables, such as sauerkraut.

<br>• Cheeses, especially the "stinky" ones, which are richer in bacteria.

Audio Video What is the microbiome diet and how does it work
Microbiota diet: what to eat to raise the immune system ❯