What is intelligence really? 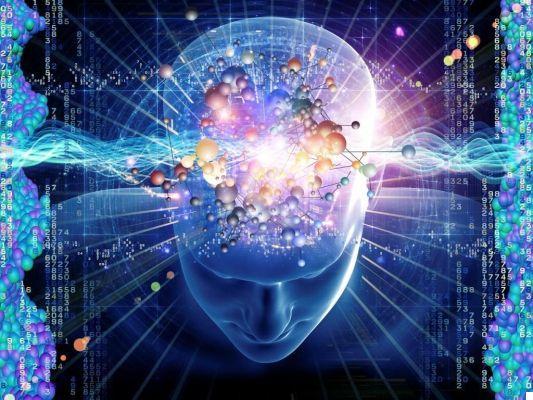 Much has been said and written about theintelligencehowever, in reality this word has only served for many years to label, if not segregate, the intelligent from those who are not. So, when one accepts the saying: "common sense is the least common of all senses," the next level is to consider that intelligence is a fairly rare ability, something on the way to extinction. Therefore, when the intelligent are few because they are able to do things that the majority are unable to do, we consider intelligence as a gift, irremovable and segregationist. In the purest Binnet style. Fortunately, several concepts of intelligence have spread over the last few years, such as the much vaunted Emotional Intelligence or Multiple Intelligences and Intuitive Intelligence. All of these intervened to save the reputations of those who, historically, have always been considered less intelligent. But besides the probable existence of different types of intelligence, it is certain that the majority of people continue to evaluate themselves and others according to the traditional criterion.But what is intelligence really? What does it mean to be an intelligent person? Paradoxically, the answers can be very different, given that historically the concept of intelligence has been related to the school environment, with knowledge, so that being intelligent is associated with the outcome, with the possibility of triumphing and integrating easily into society. anyway, everything is relative. We know it. Perhaps intelligence is above all something relative and contextualized. History is full of examples of genius people who were exceptional in some fields of science and simply a disaster in others. Is it smarter who makes a scientific discovery or the plumber who finds a different solution to the problem with pipes? I would say that they receive different social recognition, perhaps they have different degrees of creativity but to speak of intelligence ... Finally, there is no intelligence in the void, as an abstraction, there is intelligence in something in which (almost) everyone is intelligent, just differently. In every human being there are abilities that make him feel useful and necessary to other human beings. I would say then that intelligence consists rather in knowing how to determine in what we are intelligent.

How many occasions have we asked ourselves this question? How many times have we doubted our intelligence? From the first intelligence test developed by Binnet on behalf of the Paris city hall, until today, a lot of water has passed under the bridges and currently intelligence tests are found everywhere. Perhaps many of you have succumbed to the temptation to know what their IQ (IQ) is by completing several, often stressful, tests that end up making us nervous. Here are six questions that represent a short IQ test: 1. The 4th of July is an important date for North Americans to celebrate Independence Day. But do Peruvians have their 4th of July? 2. If we make a hole in the earth 10 meters deep by three meters in diameter. What volume of earth do we have inside the hole? 3. You are taking part in a competition. Overcome whoever proceeds in second position. What position are you in now? 4. A vagabond reconstructs a cigarette using seven butts collected on the street. If he encounters a total of 49 butts, how many whole cigarettes will he be able to smoke? How many months of the year have 5 days? 28. Anna's father has five daughters, who are: Nora, Noemi, Nunzia, Norma. What is the name of the fifth daughter?Answers:1. Of course, we all have a 4th of July, except that in some countries it is a national holiday and in others it is not. There is no land, it is supposed to be a hole, or not? 2. We find ourselves seconds as we take the position of who we overtake. 3. He will be able to smoke eight cigarettes, since with the last seven butts he will make another cigarette. All months of the year have 4 days and a few more. 5. Anna, she says it clearly at the beginning.

Evaluation of the results:

If you have answered all the questions exactly, congratulations! It means that you have read them carefully and you are a difficult person to deceive. If you answered 5 questions correctly, don't worry, everyone is wrong. If you only answered 2 questions correctly, does 50% seem low to you? If you answered well to less than two questions, I confess that this was the intention of those who chose them and, moreover, there are far more important things to worry about. face the difficulties of everyday life. In fact, the result is a cold number when the questions that really matter would be: Do you feel tense when you know you are facing a test or a test? Would your results have been better if you weren't tense? Do you do everything impulsively without stopping to analyze in detail the conditions of the problems? Do you expect perfect solutions from you and this stresses you? If you were wrong at the beginning, do you later have enough willpower to put more effort into it and look for another solution or do you let yourself be defeated by the first failure? simple IQ and determine the results we will get in these tests. Thus, intelligence is not a divine gift, but rather a skill to be developed with great effort.
What does the internet do to memory? ❯