What is emotional catharsis? 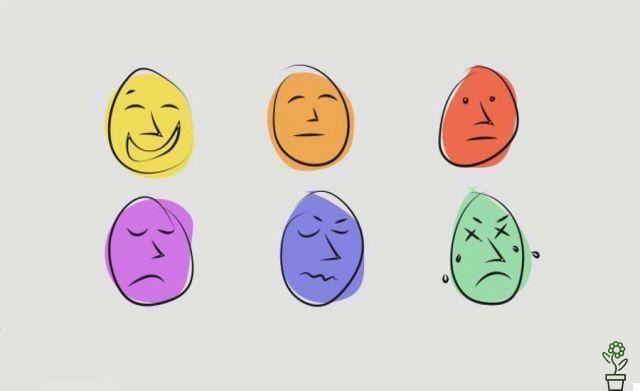 Catharsis is an emotional release that helps us get rid of unconscious conflicts. In fact, the term comes from the Greek word "katharsis", which means "purification" or "cleansing". In psychology, catharsis involves a kind of emotional purge so that we can restore our psychological balance. It is an intense and intimate process that is often liberating because through it we not only express content that we have repressed, but we give it a new meaning, we incorporate it into our life story and we manage to turn the page.

What is emotional catharsis according to psychoanalysis?

The term catharsis dates back to Ancient Greece, although it gained prominence in psychology thanks to Sigmund Freud and Joseph Breuer. The latter developed a psychological treatment which he called cathartic to deal with hysteria. The therapy consisted of making patients remember traumatic experiences while under hypnosis. Breuer found that when people expressed the emotions they had repressed for so long, they felt relief from their symptoms.

Freud also believed that emotional catharsis could play an important role in relieving symptoms related to anxiety. According to his psychoanalytic theory, the human mind is made up of three key elements: the conscious, the subconscious and the unconscious. Everything we know is found in the conscious mind. The subconscious contains things that we are not fully aware of, but that we can bring to consciousness if we give it the necessary attention. Finally, there is the unconscious part of the mind which contains the immense archive of thoughts, feelings and memories that are outside our consciousness, usually with a huge emotional charge.

Freud believed that many conflicts and traumas are hidden in the unconscious, where they continue to exert their influence on our decisions, behavior and well-being. That is why he resorted to psychological techniques such as dream interpretation and free association to access this content. He defined catharsis as "the process by which we reduce or eliminate a conflict by activating it in consciousness and allowing it to express itself."


From this perspective, catharsis would consist in redeeming things that are harming us but operating below the threshold of consciousness. In fact, in current psychoanalysis catharsis is considered as the liberation of the effects linked to traumatic events that had been repressed, bringing them back to consciousness to re-experience them and eliminate their negative or limiting influence.

This means that although catharsis contains a powerful emotional component, it also has a strong cognitive component that allows us to gain new knowledge or perspectives by taking on and leaving emotional wounds behind.

- It makes us feel better by releasing negative emotions and,

- It leads to a positive change in our "I" by allowing us to integrate these repressed contents.

Why is it important to express emotions?

Society often plays a repressive role on emotions. He considers it wrong that we express “negative” emotions, in this way it encourages their repression, this leads us to bury them in the depths of the unconscious.

However, emotional expression is part of a mature and balanced 'me'. Every emotion we experience and express is part of our essence. Thanks to them we can get to know each other better. Emotions act as compasses indicating sympathy or rejection immediately, so they should never be repressed, you just need to learn to express them assertively.

A repressed emotion will eventually generate a conflict that will enter the unconscious, simply because we have not processed the message of that emotion and we have not used it in an adaptive way. On the contrary, accepting and assimilating emotions, especially the "negative" ones, will allow us to understand them and use them to our advantage to grow.

By becoming part of the popular vocabulary, catharsis has been trivialized. Many think, for example, that doing catharsis to release anger means punching the pillow or shutting yourself in a room screaming. This type of expressive resource has been shown to be counterproductive and ineffective in the long term.

A very interesting study conducted at Iowa State University investigated what was the best strategy for venting anger. These psychologists asked a group of angry people to hit a punching bag thinking about the person who made them angry while others asked them to think they were just getting in shape. A third group was sitting in a room doing nothing.

Later, everyone was given the opportunity to subject the person who angered them to a loud noise. It turned out that the people who had punched the sack thinking about who had angered them were not only still very angry, but also behaved more aggressively. On the contrary, those who calmed down the most were those who sat in silence.

Physical ventilation of emotions can help and have a small cathartic effect, but it is necessary to go a step further. If simple physical catharsis were a constructive practice, the work of psychologists would be much simpler. To heal and resolve conflicts it is not enough to act and experiment, it is necessary to work on a conceptual level with the image of the "I".

This means that to achieve the positive change pursued with catharsis it is necessary to reflect on those emotions, so that we can integrate them into the conception we have of ourselves.

Also remember that the only emotion that is conveyed with catharsis is not anger. The sadness we feel after the loss of a loved one, when repressed, continues to hurt. Conversely, when it is expressed, it overcomes faster. Crying has been shown to be cathartic almost always. In fact, catharsis in Psychology is mainly used to relieve pain and suffering associated with trauma.

A study conducted at the University of Illinois found that catharsis causes physiological changes that can help us regain emotional balance more quickly. These psychologists saw that ventilated emotions generate a decrease in blood pressure and change the rhythm of breathing, and this could help calm us down. In fact, when we are angry we breathe at a different speed than when we are calm or sad. Each emotion has its own breathing rhythm, so when our mental state changes, our breathing changes immediately. Therefore, by regulating our breathing we can also control emotions.

How to do catharsis to generate lasting positive change?

Last but not least, don't force your healing pace. Sometimes some contents are hidden in the unconscious because we don't have the necessary psychological tools to deal with them and, bringing them to consciousness, would be extremely painful. Take catharsis as a self-healing and self-accepting therapeutic process in which you will take baby steps every day.

What is happiness: find out how to live it every day ❯