What foods to avoid for the prevention of colitis 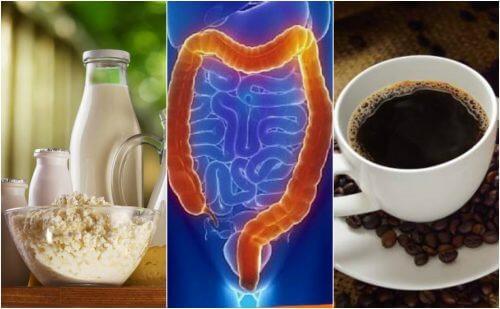 Those who suffer from colitis know very well that this disorder does not mean only swollen belly, Diarrhea hitting suddenly or constipation obstinate, e abdomen in turmoil whenever you need it.

People with colitis are, or should, also be aware of theirs more intimate implications and psychological causes, which lead us to suppose that the way in which we are living does not fully reflect us, therefore we hold back emotions, expressions and experiences that go to pour into the bowels.

Unspoken words, unspoken tensions, masks to wear: colitis is the pathology of those who tend to hold back the instincts, reinforcing an idealized self-image, for which it is up to the poor colon to double its work, on the one hand by cleaning what is less noble than us is not accepted, on the other hand, violently "discharging" the unexpressed emotions.

Having said that, nutrition can certainly help, preventing the manifestations of colitis with the elimination of certain foods that can trigger them.

Colitis is cured by eating: what to avoid

The delicate intestinal balance is also healed at the table, thanks to nutrition. In fact, it should not be forgotten that, alongside unconscious motivations and causes, there can also be sincorrect foodstuffs, which cause an accumulation of toxins, generating inflammation.


So here it becomes fundamental avoid certain foods or foods, first of all alcohol, carbonated and cold drinks, saturated fats, sweeteners; even an excess of gluten and carbohydrates it can cause imbalances in the intestinal flora, so it is essential to know how to dose food and follow a balanced diet also in this sense.

A good habit, even if you don't have to overuse it, is to consume i produced in their full version: therefore limit flour, rice, sugar, salt or pasta refined, and occasionally prefer their full or semi-integral version.

Cooking also has a considerable weight: they should be preferred steam cooking, both for meat and vegetables, limiting foods with spicy edges, spices or sauces that are too tasty. Absolute no to fried foods.


Instead of eating legume-based soups and minestrone, it is good to prepare purees, velvety and floury potato-based soups. In this regard, in addition to those listed, it is good limit the consumption of fruit and vegetables with a laxative effect, aged cheeses, milk, cold cuts, eggs. It would be better abolish coffee; green light instead to green tea and blueberry-based herbal teas, to be consumed several times throughout the day.

Finally, it is good to avoid eating meals by gulping down the courses, but devote time to the entire digestive process, from start to finish, trying to respect times and schedules as much as possible.

Did you know? Children also suffer from colitis, often dictated by the delicacy of the digestive system or from stress, and even for them the symptoms are the same as in adults, causing them frequent stomach ache.

Nervous colitis: what to eat?