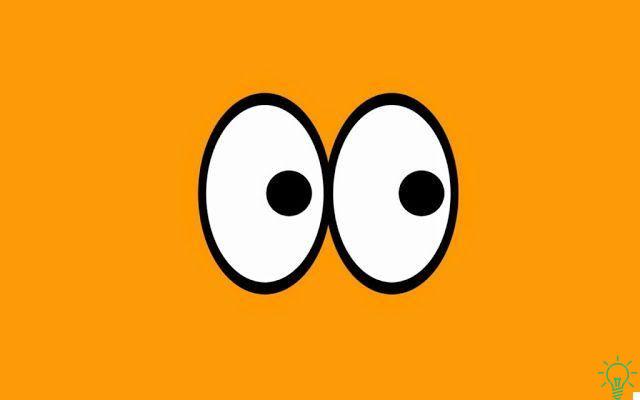 In the past it was said that the eyes are the mirror of the soul. In fact, even today many people try to uncover a lie by asking the person to look them straight in the eye. Anyway, is this just a popular myth or is it true that the eyes speak for us? Science has recently discovered that our eyes can send many signals to our interlocutor, it is only enough to know how to interpret them.

1. We are thinking of something complicated

In 1964, some psychologists from the University of Chicago recruited a group of people and asked them to solve various problems. The key was that these problems gradually increased in complexity. While people solved problems, researchers analyzed them. They were able to discover that the more difficult the problem we face, the more our pupils dilate.

2. Our brain is saturated

In 1973, psychologists at the University of California wondered if students could indicate when they reached the limits of their cognitive ability. So, they recruited a group of volunteers and asked them to solve a problem that appeared on the computer screen as quickly as possible. It was a question of choosing a single answer from four different options. The trick was that the problems flowed faster and faster, to the point where people felt unable to continue. In this way it was possible to observe that when our brain is overloaded, our pupils reduce their size considerably.

3. They caught our interest

In 1960 a group of psychologists from the University of Chicago prepared a series of images that could trigger different reactions. A camera captured the students as they viewed the images. Thus it was possible to observe that when people looked at violent images, of mutilation or with people they hurt children, they reacted with deep disgust. The interesting thing is that at first their pupils were dilated but soon after the size decreased considerably, in an unconscious attempt to avoid the images that aroused disgust.

In 1999, Washington University psychologists recruited a group of people into a painful experiment for a good cause: science. These people were applied small electric shocks to the tips of their fingers, in the meantime their pupils were analyzed. In this case it was possible to see that when we feel pain our pupils are very dilated, it is an automatic response of the autonomic nervous system that prepares us to escape from danger and, of course, we need our vision to be at 100% to identify. any threats in the surrounding environment.

6. They reveal our political choice

In 1969, one of the most curious studies on what our pupils communicate was carried out. In that case, the psychologists at Louisiana State University recruited people who had very different political positions and were sure of them. Thus, they showed them images of traditionally liberal or conservative great characters. At this point, the researchers noticed that our pupils dilate when we see people who share our political views, and contract when we see someone who is opposite.

7. They reveal some traits of our personality

This time it is not about dilated or contracted pupils, but about lines of the iris. According to researchers from the Karolinska Institute, if we look closely enough into a person's eyes, we can discover some characteristics of their personality. When the crypts found in the iris (wavy filaments) radiate outward from the pupil, people tend to be more sensitive, honest, kind and experience more positive emotions. When concentric circles appear around the iris, people tend to be more nervous and impulsive. The key lies in the Pax6 gene, which is involved not only in the growth of eye tissue, but also in the development of the anterior cingulate cortex, which is involved in mood regulation and self-control.

Changes too small to notice?

At this point, you are probably thinking that these details are too small to notice. However, according to a study from Dartmouth College, we probably don't notice many of these changes consciously, but they certainly don't go unnoticed by our unconscious.These neuroscientists have analyzed the brain activity of dozens of people as they watched others, with dilated, normal pupils. or restricted. So they could see that our brains react differently, especially the amygdala, which is our emotional sentinel. In fact, when the pupils dilate, the amygdala increases its activity, perhaps to indicate that we need to be careful.

What to do when unable to sleep? ❯

add a comment of What do your eyes say? 7 messages that send the pupils