What do your eyes reveal about you? I am truly the mirror of the soul! 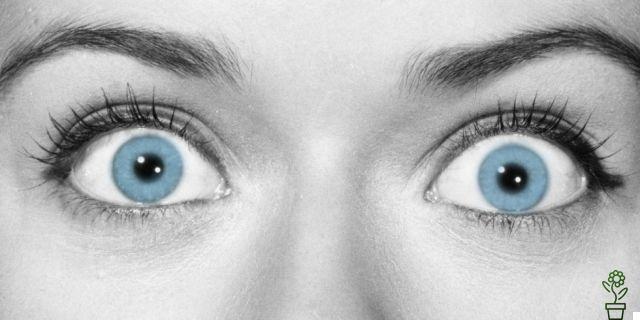 It is said that the eyes are the "mirror of the soul", that when we look someone in the eye we are able to perceive their essence. And the truth is that this statement is not entirely wrong, because the eyes offer a lot of information relating to a person's emotional state.

When people are sad or worried they frown, which makes their eyes look smaller. But when they are happy it is said that their eyes sparkle, due to the fact that this emotion causes the eyebrows to rise, so that the eyes appear larger and brighter.

Furthermore, we can distinguish between an authentic smile, also known as a “Duchenne smile”, and a fake one simply by looking into the person's eyes. In fact, the movements of the mouth are easy to imitate, we do it continuously out of courtesy, but the eyes do not lie: when we are truly happy we not only smile but we also frown at the corners of the eyes, forming what are called "crow's feet". However, when people fake a smile, they usually forget about the eyes, which remain expressionless.

What the pupils and eye movements say

If the eye is the mirror of the soul, the pupil is literally an opening in the eye. The pupil works like a camera shutter, expanding and contracting to regulate the amount of light entering the eye. Therefore, our pupils contract with light and expand with dark.

But the pupils don't just react to light, they also express our emotions and intentions. In fact, the pupils dilate even when we are excited, because our body activates an alarm network that involves the autonomic nervous system, preparing us to react when we are faced with a threat or an opportunity. For this reason, pupil dilation is considered to be a genuine sign of sexual interest.


However, the pupils also dilate in response to a stimulus that draws our attention. When we are exploring the environment, for example, the pupils dilate to capture as much visual information as possible. Therefore, dilation of the pupils is considered a signal of great interest even in conversation.

But the pupils aren't the only ones offering information. Eye movements are also important. In fact, a study conducted at Arizona State University revealed that curious people constantly move their eyes. These psychologists assessed the participants' level of curiosity, understood as the desire to acquire new knowledge and new experiences. They later asked them to see a series of images while monitoring their eye movements. So they saw that the most curious people were also those who constantly moved their eyes in search of information.

Closing the eyelids can also reveal information about us. In this regard, some psychologists at the University of Portsmouth have found that the way we close the eyelids can indicate whether we are lying or not. The researchers asked a group of people to tell a false story and others to remember an actual event in their life. Analyzing their behavior they saw that when a person lies he does not close his eyelids frequently.

This is an interesting fact, since repeatedly opening and closing the eyes is normally considered a sign of nervousness, while keeping the eyes open for a longer period of time means that we are making a huge cognitive effort. In fact, when we have to lie, our brain can suffer from cognitive overload, which prevents it from maintaining the same level of control over the different functions that it normally performs automatically.

So, now you know that the eyes can be the mirror of the soul, or at least a small window that shows a part of us and discovers a part of the others. The English writer Gilbert Keith Chesterton was not wrong when he stated that "there is a path between the eyes and the heart that does not pass through the intellect".

What it means to love: the most important lesson of my life ❯

add a comment of What do your eyes reveal about you? I am truly the mirror of the soul!