What do you do if you see a tree with money hanging from it? 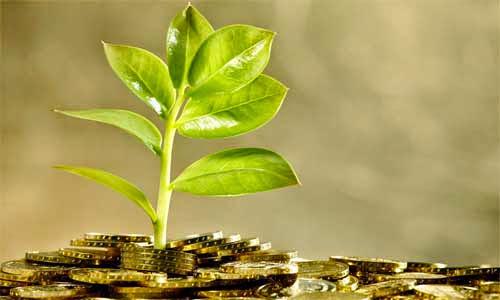 You are walking quietly along a road that you know well, do you think you would notice a tree with money hanging from it? You will probably answer yes, of course! A money tree would not go unnoticed. But in reality many people would not have seen it and would have passed on.

In fact, in 1999, two psychologists from Harvard University showed that if we are given a specific task, such as counting the ball passes of the players of a particular team, we could even pass a gorilla in our field of vision that we do not have. we would be accountable. It is known as: "blindness due to inattention".

Basically, what happens is that we are so focused on a certain task or thought that the surrounding environment loses its importance in such a way that any changes will not be captured by our conscious mind. What happens if we include a significant change, such as money? Would we be able to detect on our path a tree with banknotes hanging from it?

These are the same questions that researchers at Western Washington University asked themselves and, without thinking twice, got to work. Basically, what they did was to shoot a funny video made by writer Amy Krouse Rosenthal (you can see it at the end of the article), but with the difference that this time the tree blocked part of the road. Therefore, it was impossible not to see it because otherwise you would bump into it.

Over the course of two weeks, the researchers watched the reaction of various passersby. The results were surprising: out of 396 people only 12 saw the banknotes. The funny thing is that everyone dodged the tree, but few realized that bills hung from its branches.

This study reveals that we are able to use information from an object to guide our behavior (move away from the tree to avoid bumping into it), but we don't always realize the details of the object, and sometimes we don't even perceive the object. object itself. That is, there is a dissociation between consciousness and our sense of direction.

Basically, our brains would have two visual circuits that don't always work in a coordinated way. One, the ventral circuit, would send information to be processed at a conscious level allowing us to recognize objects, while the other, the dorsal path, simply sends information to the parietal cortex to allow us to orient ourselves and guide our movements in the environment.


In practice, if we are walking and we are too immersed in our thoughts or perhaps we are talking on the phone, we lose a lot of information about the environment, because we have activated the back processing circuit.

Of course, this phenomenon has other explanations, such as the fact that we wouldn't normally expect banknotes hanging from tree branches and, as a result, we would be blind to this anachronism.

What does it mean to take care of yourself? ❯

add a comment of What do you do if you see a tree with money hanging from it?