Wanting More: Obsessed with the idea of ​​the best at all costs 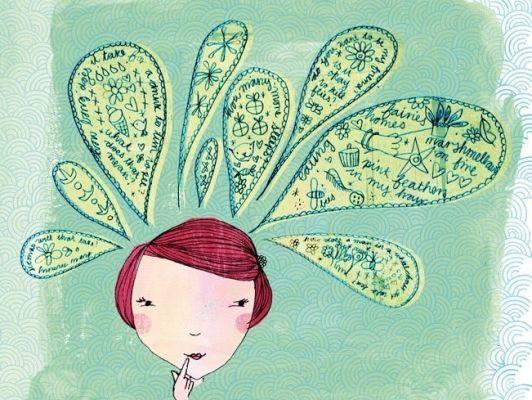 - I recently met a man who had a big and successful business, his lifestyle was amazing, he was happily married and he had many friends who would do anything for him. However, fixing me with a very serious look he told me that he should hire a coach to help him "get to the next level".

Amazed, I asked him what the next level was.

He replied that it was not clear to him, it is that for this reason he needed a coach who would show him his weaknesses and what he was missing in life.

It was evident that this man was willing to spend a lot of money to solve a problem he didn't even know what it was.

- What happens if there is no “next level”? What if it's just an idea you have in mind? What if you are already at that level but still don't realize it and insist on constantly pursuing something else, an evasive goal? What if you refuse to enjoy what you already have? "

The man felt irritated by these questions. It was evident that he had not considered them. Finally he said:

- I feel that there is always something to improve, whatever happens and you conquer what you conquer.

And closed the discussion here.

This story, told by reporter Mark Manson, could be a problem that affects us all. What if we are suffering from the disease of "wanting more"?

The disease of "wanting more"

Pat Riley, a famous NBA basketball manager, said the Lakers' downfall after their stint and glory in the 80s was due to players focusing too much on themselves and wanting more and more.


Remember that in the beginning the players just wanted to win the championship, but once they became champions this was not enough. Their focus shifted to other things: earning more money, doing more TV commercials, getting more support and praise, playing more games, more media attention, and a long time and so on.

As a result, what was once a cohesive group began to wear out. When the Disease of More arrived, as the manager called it, the team's perfect chemistry turned into a toxic disaster.

It is not the first sports team to go through this situation and it will not be the last either. But the point is that we can all suffer from the disease of "wanting more" and become trapped in the maze of dissatisfaction built by ourselves.

The "more" is not always better

Throughout the history of psychology, psychologists have focused on analyzing what causes mental problems. Their interest in happiness is very recent. One of the first studies in this area was a simple survey in which participants had to answer two questions:

2) What happened that caused these feelings?

Ed Diener, a psychologist at the University of Utah, collected thousands of ratings from hundreds of people from all walks of life. In this way he discovered a surprising and, in a certain sense, quite boring phenomenon.

Almost everyone reported a 7 most of the time.

In the shop to do the shopping. Seven. In my son's football game. Seven. Talking to the boss about a sale. Seven.

Even when huge problems arose, happiness levels dropped in a range of 2 to 5, but for short periods of time, and then rapidly increased again.

The same thing happened with very positive events, such as winning the lottery, going on vacation or even getting married, the ratings went up fast, but only for a short period of time to return to stabilize at the number 7.

These results show that no one is completely happy most of the time, but neither is completely unhappy. We seem to constantly think that things are going well, but that they could be much better.

This constant of 7, to which we always return, sets a death trap for us because it tells us: "If you could have a little more you could reach 10 and keep it."

In this way, we live a large part of our life chasing the longed 10. We believe that we will be happier when we have that ideal job, when we buy the new house, when we go on vacation to that place, when we find a soul mate… The problem is that there is always this “more”. We want more and more.

In Psychology, the constant pursuit of pleasure is called a "hedonic routine", which means that we are constantly struggling to have a "better life", but in the end the only thing we get is to expend a lot of energy to always return to the same point: the 7.

Does this mean that we should sit with our arms folded and do nothing?

No, it means that we can feel happy here and right now and reach 10, because we don't have to condition it to the things or goals we might have or achieve. There is always room for improvement, but it is not necessary to postpone our happiness by conditioning it to what we can or cannot achieve in the future.

After all, in life, it's not all about continuous improvement, always having more and always going further. At some point, life becomes mostly a clearing game. When we reach a certain level, going beyond it can mean spending too much time and energy on things that won't really make a difference and won't bring us any closer to that much-dreamed 10 but will keep us in a 7.

Therefore, try not to live life as if it were a to-do list or a mountain to climb. Life is rather a clearing game in which we have to choose what we are willing to give to get another adrenaline rush, another journey, another success ...

add a comment of Wanting More: Obsessed with the idea of ​​the best at all costs