Walking in company is good for you, and helps resolve conflicts 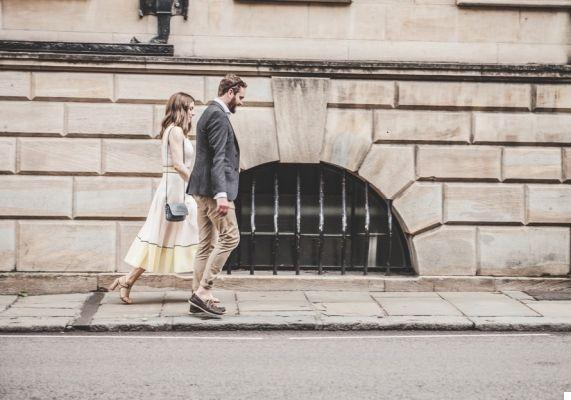 Walking is good for you. A walk helps regenerate the brain, relieves pain, stress and improves memory. Indeed, some great philosophers of the past were aware of the creative power associated with walking, so some, such as Jean-Jacques Rousseau and Henry David Thoreau, claimed that walking helped them develop their thoughts. Charles Darwin even said: "walk to think", and probably during one of these walks he conceived his theory of evolution.

But the psychological benefits of a walk aren't limited to cognitive and creative stimulation. Columbia University researchers found that walking also helps resolve interpersonal conflicts and promotes reconciliation after arguing with someone.

How can a walk help us resolve interpersonal conflicts?

When we have an argument with someone and a conflict arises, we often experience some sort of narrowing of vision, it's like we stop having a 180 degree perspective to develop a much narrower tunnel vision. At the same time, our creative ability to find solutions also diminishes, because we cling to our point of view by developing convergent and rigid thinking.

However, these psychologists have found that walking alongside the person with whom we are in conflict, rather than just sitting next to him, can help us find commonalities and reach an agreement.

The secret lies in the fact that a walk helps us to take different points of view and see the situation from different angles, in this way both sides will be more likely to abandon their rigid position and find common ground. In addition, walking stimulates divergent thinking, which is the basis of creativity and open-mindedness and is essential for finding more creative solutions that can satisfy both.

Walking during the discussion has another unexpected advantage of constantly changing landscape. Indeed, the negotiation courses emphasize the importance of creating spaces for discussion in conflict situations where the people involved feel free enough to implement new behaviors and develop different perspectives.

In fact, if we think about it, we realize that many of the conflicts in the couple, in the family or at work, almost always develop in the same environments, monotonous and repetitive where there is rarely the possibility of changing the scenario.

This is why it is no coincidence that it has been found that in workplaces where people move freely, the relationship between workers improves and the sense of territoriality is reduced. These work configurations also promote information sharing, creativity and more relaxed interpersonal relationships. Undoubtedly, the changes in the landscape encourage us to leave our position to take a more open perspective.

Another unexpected benefit of walking with another person to resolve a conflict is that you avoid face-to-face, which can sometimes help keep us in opposition by hindering communication.

To this is added another advantage: walking together we unconsciously tend to synchronize our steps with those of the person accompanying us, this is what in psychology is called "interactive synchronization", which is also seen in children, who synchronize their movements and their moods make it easier for them to play together. This phenomenon does not disappear in adulthood; in fact, it intensifies when there is an emotional relationship with our interlocutor or when he attracts our attention.

The interesting thing is that the tendency to coordinate movements also facilitates emotional connection, so it acts as a sort of "social glue" that serves as a basis for reaching solutions and agreements.

Now you know: If you have a long-standing conflict with a person, invite them to walk while you deal with the problem. It's not a miracle solution, but it can help you resolve the conflict.

Scapegoat, the weight of other people's guilt ❯

add a comment of Walking in company is good for you, and helps resolve conflicts