La vitamin K deficiency it may be due to gastrointestinal dysfunction or drug abuse, and occurs with symptoms such as nausea, fatigue, brittle bones and nosebleeds. Let's find out the causes, consequences and foods to supplement it. 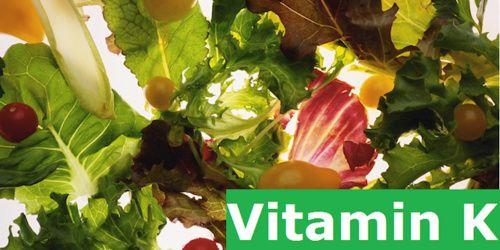 La Vitamin K it is an indispensable factor for humans, as it is responsible for the proper functioning of the proteins contained in the body.

Vitamin K deficiency is very rare, as it is produced by the intestinal bacterial flora in healthy subjects. However, in cases where there was a real vitamin K deficiency, the body may react with symptoms such as: excessive nosebleed or bleeding and decreased bone density resulting in a risk of fractures and brittleness, precisely because of the important role it plays in the production of proteins such as osteocalcin.

Other relatively milder symptoms may be fatigue, restless sleep, nausea, colitis. THE newborns are at particular risk of vitamin K deficiency in the first few days of their life and manifest symptoms such as haemolytic anemia, jaundice, hemorrhagic syndrome.

Vitamin K deficiency in adults is quite rare and usually caused by dysfunction of the gastrointestinal system or by the abuse of medicines, such as antibiotics or anticonvulsants.

Many rat poisons contain compounds that intervene with vitamin K. leading to lethal bleeding. Coumarin derivatives such as warfarin and dicumarol interfere with the recycling of vitamin K.

Vitamin K deficiency can also be traced back to one reduced bile secretion or liver disease. Even the intestinal diseases they can affect its bad absorption; in addition to these triggers, there may also be the X-ray radiation, aspirin, industrial pollution, sulfonamides, blood thinners, or anticoagulants.

Heparin, an anti-fermentant contained in foods, is also an antagonist of vitamin K. In children, vitamin K deficiency is due to modest transport across the placenta and sterility of the intestine in the first days of life.


How to supplement vitamin K deficiency with nutrition

Vitamin K can be easily obtained through food. The vegetables such as lettuce, broccoli, spinach, cauliflower, cabbage, Brussels sprouts, turnip greens are rich in them; fruit, pine nuts, kiwi and dried fruit, milk and dairy products, cereals in general are less rich in them.

If you consider it a food, it is also contained in the animal liver. The foods that help the intestine in the production of vitamin K are yogurt and kefir, which improve the intestinal flora.

What is vitamin k and where is it found?

> 5 foods rich in vitamin K to counteract its deficiency