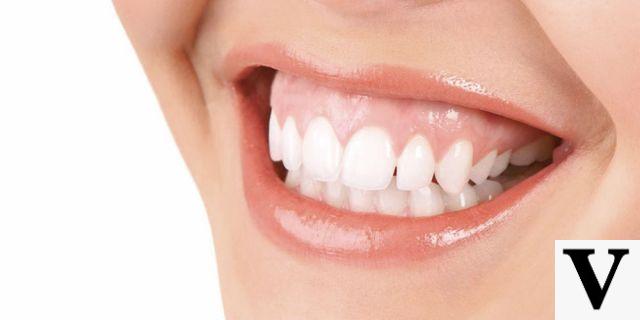 Why do the gums bleed?

Le bleeding gums they are often a signal of a inflammatory process in progress (gingivitis). A manifestation usually not painful, but somewhat annoying, not to be underestimated, given its possible degeneration into periodontitis.

The triggering causes of gingival bleeding lie above all in theoral hygiene not curated and corrected, which allows the plate to settle along the collar of the teeth, ie in the transition area between crown and root, protected and "sealed" by the gum. In addition to bleeding, made evident by traces of blood in the saliva or from real losses of live blood, even on the bristles of the toothbrush, it is possible to notice a redness of the gumline and a swelling edematous, soft to the touch, of the same.

Here, in summary, the causes of gum bleeding:

In general, Vitamin C also helps to preserve the health of the teeth.

Strengthening the diet by increasing the consumption of foods rich in vitamin C would counteract gum bleeding, which is the cause of periodontitis. A study suggests that bleeding gums may be a sign of low levels of this vitamin, also known as ascorbic acid, which would significantly contribute to oral health, as well as support the immune system and perform an antioxidant action for the entire body. . The study conducted by the University of Washington, published in the journal Nutrition Reviews, explored the additional benefits of consuming vitamin C in the daily diet that can help heal bleeding gums.

Clinical research in six countries was analyzed, involving 1.140 predominantly healthy participants, and data from 8.210 US residents surveyed in the Centers for Disease Control and Prevention health and nutrition examination survey. The results showed that bleeding from the gums, or tendency to gum bleeding, and also bleeding in the eyes, or retinal hemorrhage, were associated with low levels of vitamin C in the blood. Additionally, the researchers found that increasing the daily vitamin C intake in those people with low plasma vitamin C levels helped reverse these problems. Of potential relevance both the bleeding tendency of the gums linked to general problems in one's microvascular system and a tendency to microvascular bleeding in the brain, heart and kidneys.

Increasing the intake of vitamin C in your diet, through the intake of unprocessed foods such as cabbage, is a good idea. People who eat exclusively lean meats and avoid offal and vitamin-rich organ meats may be at particular risk of low vitamin C intake.

Vitamin C is typical of foods of plant origin. Some products notoriously rich in ascorbic acid are: all citrus fruits (such as lemons and oranges), kiwis, pineapple, cherries, chillies, parsley, apples and some green leafy vegetables, lettuce, radicchio, spinach, broccoli, etc., some fresh vegetables such as tomatoes, peppers, cabbage, cauliflower. Among other things, perhaps many do not know that vitamin C, thanks to its antioxidant power, is widely used as a food additive known by the acronym of E300.

The recommended dose of vitamin C (estimated on body POOL, rate of excretion, absorption capacity, etc.) could be 45mg per day. Considering, however, that the food processing determines a significant loss, it seems more beneficial a intake of 60mg per day. Obviously, the need for ascorbic acid can increase more or less significantly according to certain conditions, such as: absorption deficit pregnancy (which requires a supplement of 10mg per day), thenursing (which needs an increase of 30mg) and the smoking (which instead doubles the overall requirement). In your country, thanks to the Mediterranean diet, the intake of vitamin C fluctuates between 100 and 120mg per day.

add a comment of Vitamin C to prevent gum bleeding