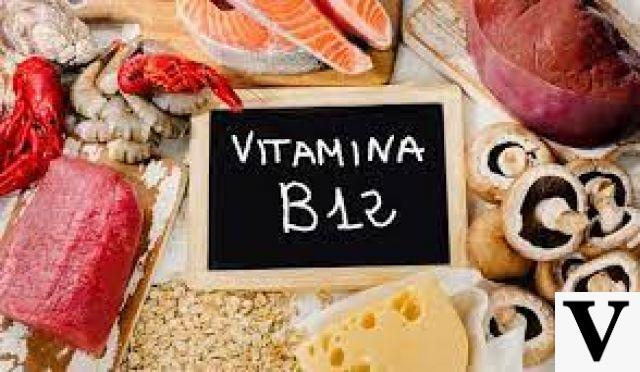 Vitamin B12 deficiency can develop for various reasons, attributable to an insufficient dietary intake and / or impaired absorption. Generally this deficit does not involve particular symptoms, even if important deficiencies are accompanied by severe forms of anemia and degeneration of the nervous system.

Pernicious anemia is the most typical vitamin B12 deficiency syndrome.

Vitamin B12 deficiency due to impaired absorption

Due to the particular structural complexity, the absorption of vitamin B12 is subordinated to its bond with a glycoprotein substance, called intrinsic factor, produced by the parietal cells of the body and the bottom of the stomach. Only a small amount is absorbed by simple diffusion.

Vitamin B12 deficiencies can be the consequence of:

intrinsic factor deficiency due to surgical resection of the stomach (bariatric surgery), to which - for example - severely obese people are subjected;

intrinsic factor deficiency due to surgical resection of the stomach (gastrectomy) made necessary - for example - to treat complicated stomach ulcers or to remove malignant tumors;

intrinsic factor deficiency for atrophic gastritis, a disease characterized by chronic inflammation of the cells of the gastric mucosa with progressive loss of the glandular component;


ilectomy: surgical removal of the ileum (final section of the small intestine responsible for the absorption of nutrients, including vitamin B12);

Crohn's disease, malabsorption syndromes, alterations in the intestinal flora, enteric infestation by parasites, achlorhydria (absence of hydrochloric acid in the stomach, which can also be caused by taking proton pump inhibitors, drugs useful in the treatment of gastroesophageal reflux and peptic ulcer - see also: drugs that cause vitamin deficiencies);

taking metformin, an oral hypoglycaemic that can interfere with the absorption of vitamin B12.

Vitamin B12 deficiency due to insufficient dietary intake

The average daily requirement of vitamin B12 for adults varies from 2 to 6 micrograms and is easily covered by a normal diet. The main sources of vitamin B12 are foods of animal origin; in nature, small amounts are synthesized by bacteria, including those that normally populate the human intestine. Serious deficiencies of vitamin B12 due to insufficient food intake are quite rare and can affect vegan individuals (strict vegetarian diet) or elderly people in whom absorption problems coexist. On the other hand, subclinical deficiencies are very common, both in the categories mentioned and in developing countries.

Vitamin B12 deficiency can be resolved through specific intramuscular or oral administration. In the latter case, the doses must be significantly higher than the daily requirement, up to the order of a milligram.