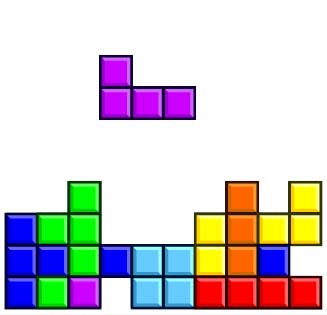 Although video games have often been spoken of negatively, it seems that psychologists have found incredible applications such as preventing flashbacks. We will try to explain better: when people suffer from some type of particularly complex situation, post-traumatic stress may appear which is characterized by its flashbacks (fleeting and very clear images of the events that have occurred that cause the person to relive the unwelcome situation again).

To make these flashbacks disappear, the person usually needs many hours of psychotherapy or taking beta inhibitors which very often have unwanted side effects on the memory. But recent research shows that playing video games 75 minutes after watching violent scenes reduces the amount of flashbacks. Tetris, since this requires the same visual-spatial mental resources that are activated during the flashback, coupled with the fact that the new memories are fragile for about six hours, during which time they consolidate. Thus, 40 people were involved in the viewing of surgery scenes and traffic accidents, so the group was divided: half played Tetris for about 10 minutes while the rest sat all the time. During these 10 minutes the players reported fewer flashbacks. related to the scenes; included, and more importantly, they had fewer falshbacks throughout the following week showing far fewer symptoms of trauma than participants who remained seated. However, both groups were able to remember the same amount of detail when recounting the situations, so what happens then? People can remember the facts in all their details but if the sensory-perceptual thought process contributing to the flashback intervenes, the psychological impact diminishes.

Ignoratio lists or, as others deceive you ❯

How to fight stress