Vegetarian diet: the choice that is good for the heart 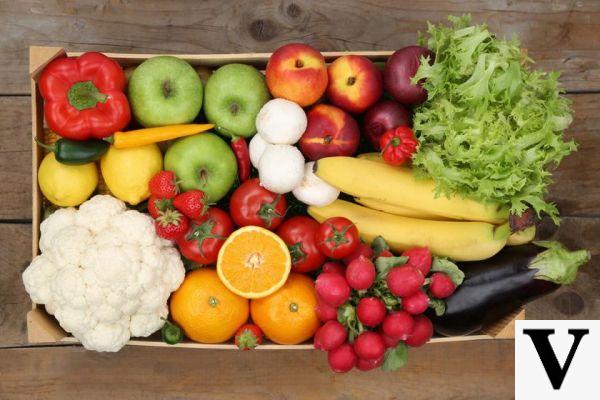 Those who follow a vegetarian diet are not only more optimistic, but it also avoids the risk of heart disease by as much as 32% compared to those who eat meat and fish. From a study published in the American Journal of Clinical Nutrition comes new confirmation in support of diets based on fruits and vegetables, which can significantly contribute to improving heart health.

“Most of the difference in risk is probably due to effects on cholesterol and blood pressure, and shows the important role of diet in the prevention of heart disease, ”explains Francesca Crowe of the Cancer Epidemiology Unit, University of Oxford, lead author of the study, in a note.

This is the largest study ever conducted in the UK comparing heart disease rates between vegetarians and non-vegetarians. The analysis involved 45.000 volunteers from England and Scotland, enrolled during the 90s and followed for 11 years, of the European Prospective Investigation of Cancer and Nutrition (EPIC) -Oxford study, of which the 34% were vegetarians. Such a significant representation of vegetarians is rare in studies of this type and has been the key to making more accurate risk estimates for the two different groups.

After submitting specific questionnaires to the volunteers and excluding factors such as age, smoking, alcohol intake, physical activity, educational level and socio-economic background, "the results clearly showed that the risk of heart disease in vegetarians is about a third lower than in non-vegetarians, ”adds Professor Tim Key, co-author of the study and deputy director of the Cancer Epidemiology Unit, University of Oxford.


During the follow-up, 169 people are death due to heart disease, while 1.066 were hospitalized for cardiovascular problems. Of these cases, most were omnivores and non-vegetarians. This is because those who ate a diet devoid of meat and fish typically had lower body mass indices (BMI) and fewer cases of diabetes, as well as far lower cholesterol levels and more regular blood pressure. And to think that there are those who still try to discredit a choice that is good for you to health, to the planet, to animals. And to the heart, in all senses.

- Vegetarians? They are more optimistic! All thanks to the antioxidants

Audio Video Vegetarian diet: the choice that is good for the heart
Disneyland goes vegan! From October veg menus in all 400 restaurants in the park in Florida ❯

add a comment of Vegetarian diet: the choice that is good for the heart