Vegetable "milks": how to choose them and when to avoid them

Let's get used to call them vegetable drinks. Yes, because a recent ruling by the Court of Justice of the European Union established that, with two exceptions, only those of animal origin can be defined as "milks".

Regardless of the definition, however, it is certain that the popularity of these products is constantly growing, so much so that they were included in the Istat basket of consumer prices two years ago; while a prospective study by Euromonitor International predicts that by 2021 the country will be the seventh country in the world by turnover.

The reasons for the success? "First of all the increase of vegetarians and vegans, then the widespread opinion that vegetable drinks are healthier and less caloric than cow's milk. In the end the surge in food intolerances and allergies»Replies the doctor Federica Piccolino, a nutrition biologist in Rome.

But what exactly are the nutritional characteristics of these foods? And they are really worth buying, considering that in some cases they can cost more than double that of cow's milk? Let's be clear. 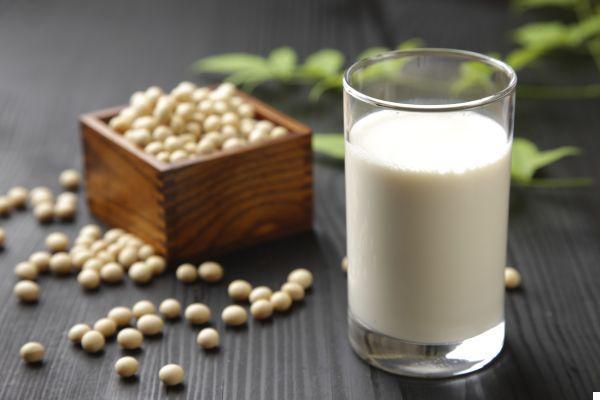 È the richest in proteins of good biological value. In addition, it has many polyunsaturated fats, including the precious Omega-3s that protect the cardiovascular system. “It also contains the vitamins A, E, B and various minerals: among these iron (40 mg / l) is present in double quantities compared to cow's milk », continues Dr. Piccolino.

"But although it strengthens the bones and helps prevent the formation of atherosclerotic plaques, also due to the total absence of cholesterol, it is good not to abuse it»Warns the doctor Adriana Bonifacino, head of the Breast Unit of the Sant'Andrea Hospital in Rome. "Indeed, its isoflavones are structurally analogous to 17ß-estradiol, an estrogen that is given to relieve symptoms of menopause and which, at high concentrations, can increase a woman's risk of getting sick breast cancer and polycystic ovary syndrome. While in humans isoflavones are able to interfere with secretion of sex hormones and with normal thyroid functions».


Eating soy, then, the risk of taking GMOs is high: "What's more, the phytic acid present in this legume it can limit the absorption of some nutrients and, in predisposed subjects, cause allergies », notes Dr. Piccolino. 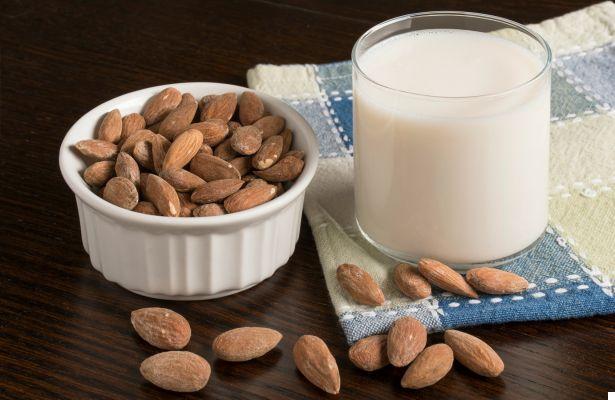 It is part of the exceptions allowed for the country by the EU Court of Justice, therefore on the packaging you find it indicated just as "milk". «It has a composition quite similar to cow's milk, with a medium protein content and an intermediate fat intake compared to whole and semi-skimmed milk. However, it is mostly polyunsaturated fats, therefore benefits for the cardiovascular system»Explains Dr. Piccolino.

«Discreet is the content of Vitamin E, powerful antioxidant, as well as of minerals such as calcium, naturally present without needing to be added and which vegetable drinks are often lacking. It also provides amandine, a useful substance for regulate cholesterol and blood sugar levels. Despite having many calories, it is a well digestible drink, it is also particularly suitable for breakfast for children, the elderly and pregnant women because it is highly energetic ". 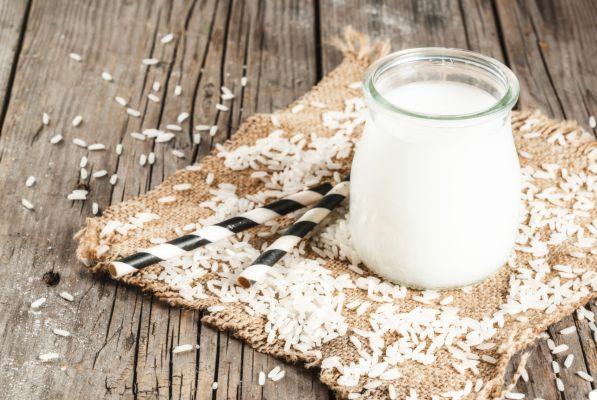 It is therefore rich in carbohydrates provides readily available energy, but has a reduced protein intake.

“Of all vegetable drinks it is the least fat and the most digestible. To improve its consistency, however, it is often added with different types of lipids. It has a soothing action on the intestinal mucosa, so much so that it is also indicated for the nutrition of those suffering from colon diseases. It is cholesterol-free, but also low in minerals and vitamins. L'glycemic index, on the other hand, is high: therefore, even if it is the least caloric among vegetable drinks, it must be taken into account if you follow a slimming diet or suffer from diabetes », warns the nutritionist. 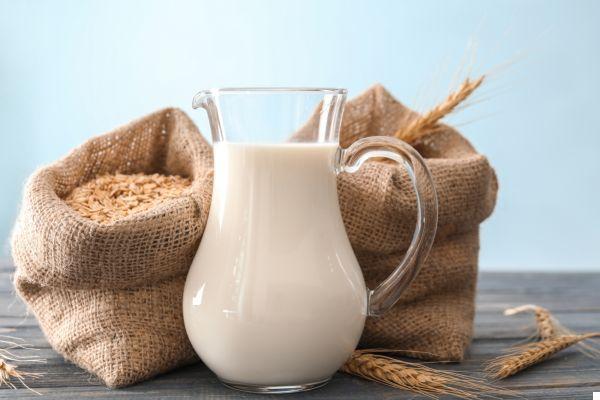 Oats, as well as the drink made from them, low in calories, limited in fat, mainly polyunsaturated, and is rich in carbohydrates, as well as vitamin E and group B, in particular folic acid.

“The amount of protein is instead reduced. It also provides beta glucans, capable of lower Ldl cholesterol levels (the "bad" one) », adds Dr. Piccolino. "There most celiacs can then include oats in their diet without harmful consequences, though studies are still underway to have a definitive confirmation. In the meantime, the Celiac Country Association recommends the consumption of oats and derivatives only if they are listed in the National Register of gluten-free foods drawn up by the Ministry of Health (you can find it on wellnessquad.com) ". 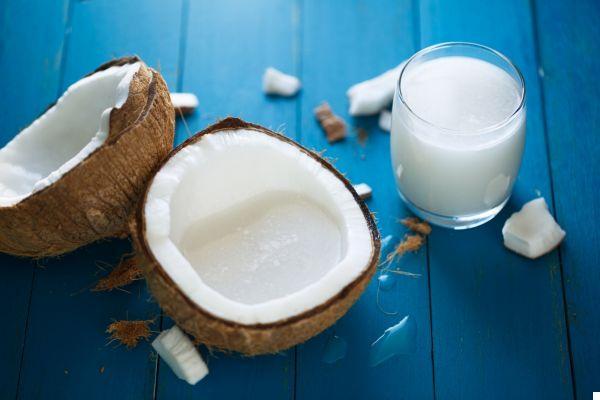 It is the second exception. This milk it is obtained from crushed and squeezed coconut and should not be confused with the coconut water contained within the nut.

Unlike other types of vegetable drinks, which many consume for breakfast instead of milk, it is mainly used in culinary preparations and as a base for smoothies and milkshakes, but there are also those who love to sip it in the morning.

"Its lipid component makes it particularly caloric. Among other things, a fair fraction is made up of saturated fats, although healthier than those of animal origin. And also rich in proteins, carbohydrates, fibers, minerals (including phosphorus and potassium), vitamins C and B and flavonoids, substances with a high antioxidant power », says our nutritionist. 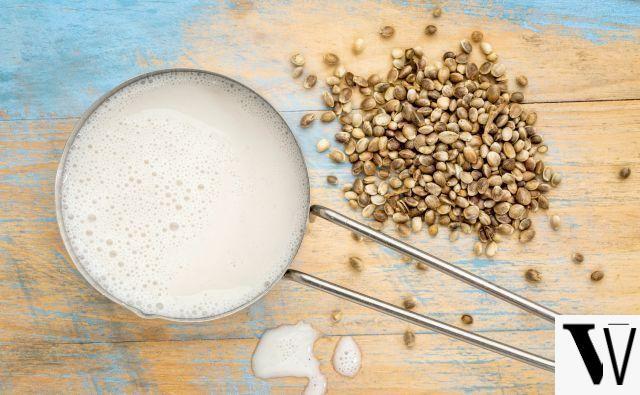 Creamy and tasty, hemp "milk" is obtained from the seeds of Cannabis Sativa, but it does not contain any of the psychoactive components of marijuana.

“It is particularly rich in good fats, Omega 6 and Omega 3, therefore it ensures a strong anti-inflammatory and protective action of the cardiovascular system. The protein content is modest, but on the other hand it is the mineral component is good»Concludes Doctor Federica Piccolino.

Audio Video Vegetable "milks": how to choose them and when to avoid them
Japanese mushrooms: discover their properties ❯

add a comment of Vegetable "milks": how to choose them and when to avoid them