Vegetable drinks alternatives to milk: which is the best from an environmental point of view?

The production of alternative vegetable drinks to milk is not without negative effects for the planet. Although a glass of cow milk produces nearly three times more greenhouse gases than any plant-based alternative, even drinks made from coconut, rice and other fruits or seeds can have a high environmental impact.

Think of the almond-based drink which, for example, was recently accused of causing a real massacre in the Californian hives, causing the death of 50 billion bees. Or the impact of soybean cultivation.

Therefore what should we drink Let's try to answer this question taking into account the data in the literature and understand what it is the best alternative to cow's milk from an environmental point of view. 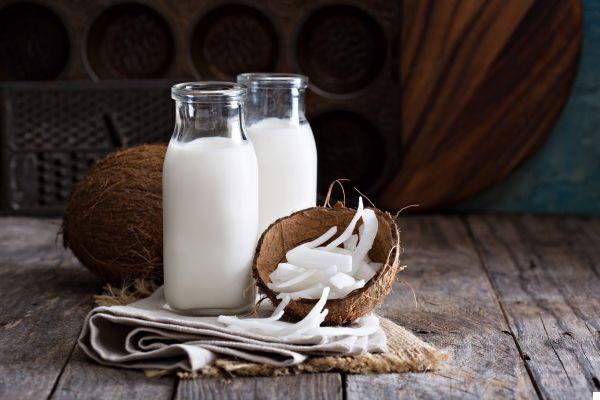 Characterized by an exotic flavor and a high percentage of fat, the coconut milk it is one of the most used ingredients to prepare sweets, as an alternative to cow's milk.

Coconut milk is obtained from coconuts that are harvested in various regions of India, Indonesia and the Philippines. In addition to the exploitation of workers, coconut milk causes the destruction of large areas of rainforests: it is estimated that the growing demand for this product globally determines the loss of three acres of rainforest per minute only in Indonesia.
Furthermore, coconut milk has to face very long journeys before reaching our tables, with consequent consequences emissions CO2.

For all these reasons, among the plant alternatives to cow's milk, coconut is perhaps the worst, in terms of environmental impact.
The solution? Limit the consumption of coconut milk e buy coconut milk Fair Trade certified, which guarantees a fair wage for the collectors and the protection of natural resources. 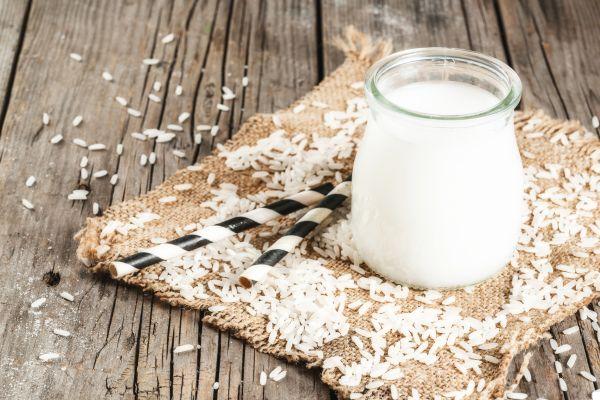 Il rice milk it is widely used as an alternative to cow's milk in the production of cheese-like foods, as well as to prepare sauces and dressings such as egg-free mayonnaise.

Since for us it represents a product a kilometer zero, compared to coconut milk, rice has a lower environmental impact, but still very high. The problem in this case is the excessive amount of water and pesticides used in rice fields. 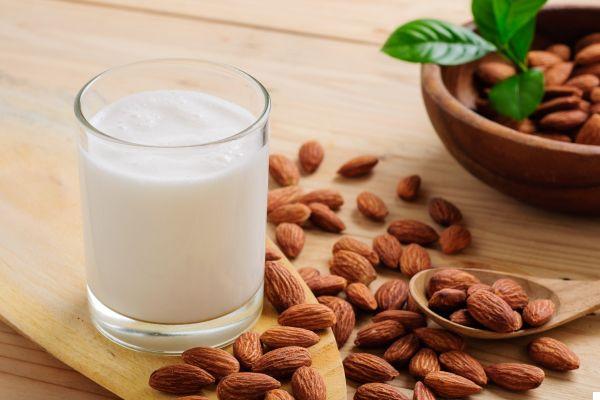 As we have already seen, the intensive production of almonds in California it is linked to an increasing number of deaths among bees, very important pollinating insects. A third of the bees - around 50 billion of them - have been lost, mainly due to the enormous quantities of toxic pesticides used to grow almond trees.

Additionally, almond crops require more water than any other plant-based alternative to milk.

Il almond milk, if it comes from intensive almond cultivation, it therefore has a great negative impact on the environment.

To limit the damage it is possible to buy products originating in your country, preferably from small producers.

Another solution is to replace almond milk with that of hazelnut: Milk obtained from hazelnuts has a nutritional profile similar to that of almonds, but because the trees are pollinated by the wind, they present no problems for bees. 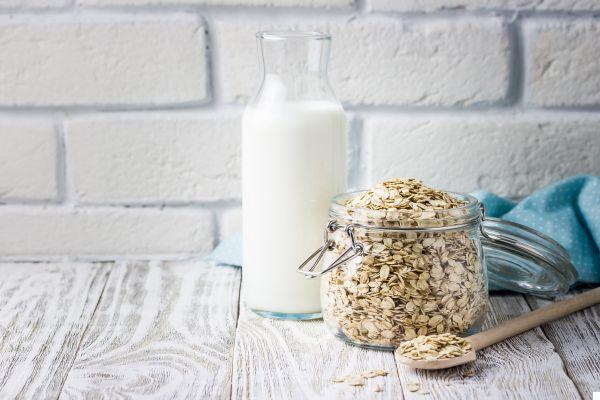 Le oat based drinks they are one of the best alternatives to cow's milk, from an environmental point of view.

Oats represent for us a product a kilometer zero and even if you buy imported oat drinks, the cultivation of this cereal is not associated with deforestation or the exploitation of workers as it is grown in colder climates.

However, it should be remembered that oats from the United States and Canada are almost always treated with the Roundup pesticide, based on glyphosate, just before harvest. Therefore, the cultivation of oats also contributes to poisoning bees. 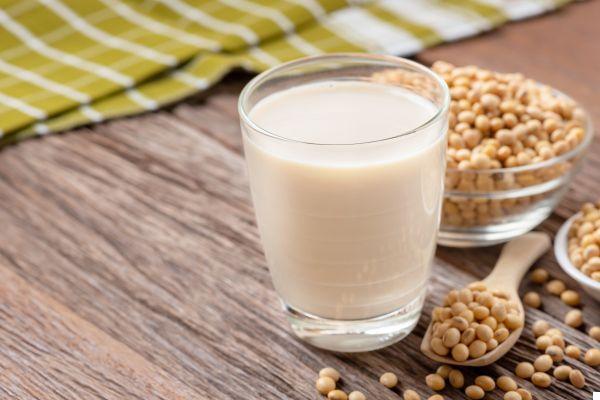 the soy drink it is a very versatile product that can be used to prepare yogurt, béchamel, cream, sauces and other food products normally made with cow's milk.

In addition to having a neutral flavor that makes it suitable for the preparation of savory and sweet dishes, soy milk is the only plant-based alternative that contains a amount of protein similar to that of cow's milk.

Also regarding environmental impact, beverages made from soybeans are among the most sustainable.
The main problem of soybean cultivation derives from the fact that this legume is widely used to produce feed for farm animals. This has resulted in many areas of the Amazon rainforest being cleared away to make way for soybean crops for feed.


La solution in this case it is to buy drinks made with soy grown in your country, possibly organic.

What is the best alternative to cow's milk?

Assuming that any plant-based drink has a much lower impact than cow's milk, we have listed the critical issues of plant-based alternatives to milk and analyzed the problems associated with the cultivation of the various beverages, but what is the best alternative to cow's milk?

To choose the most sustainable alternative to milk there are at least four things we can do: opt for a zero kilometer product, prefer certified drinks when they come from afar, choose organic products and vary the type of drink worn out.

To vary is perhaps the most important aspect to be considered since any product, when consumed in large quantities, has a negative environmental impact.

We can therefore drink soy and oat milk alternating them and, occasionally, also consume those of rice, almonds and coconut. Even better try to self-produced starting from the ingredients.

In addition to these, we can include vegetable drinks that are still not very common in the diet, such as hemp milk, flax or hazelnut. These are niche crops characterized by small productions, with a definitely lower impact than intensive farming and monoculture.

Audio Video Vegetable drinks alternatives to milk: which is the best from an environmental point of view?
Vegetable drinks, Europe is turning around: there will be no restrictions on the label and on the packaging ❯

add a comment of Vegetable drinks alternatives to milk: which is the best from an environmental point of view?