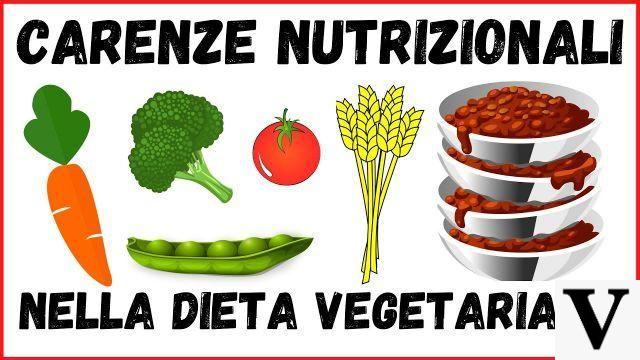 Today we will talk about: VEGAN DIET! We will analyze the MOST IMPORTANT aspects that characterize it and we will try to adopt a CONSTRUCTIVE (or in any case disinterested) criticism, RESPECTING the MORAL principles of all those who follow it.

The vegan diet is a diet that falls within the group of vegetarians, but at the same time it is distinguished by its greater RESTRICTIVITY.

First of all, we SPECIFY that VEGANISM (also called VEGETALISM) is a dietary style that EXCLUDES all foods of animal origin, i.e. the animal itself, eggs, milk, honey and all derivatives that can be obtained from it. Instead, it allows the consumption of VEGETABLE foods (whole or part of them), MUSHROOMS and MICROORGANISMS. Then there are the purely RAW VEGANS (which I take only NOT cooked foods) and the FRUITARIANS (ie VEGETALIANS who eat ONLY the FRUITABLE body of the PLANTS).

It is quite important to be able to distinguish a VEGAN or VEGETALIAN from those who also consume MILK AND DERIVATIVES, OR EGGS, OR BOTH, since these fall into the very distinct classification of VEGETARIAN MILK-, OVO- or MILK-OVO.

Proceeding to the description of the Vegan Diet, it is first of all important to underline that, contrary to what one might believe, food EXCLUSIONS have characterized the human diet for several millennia. The ARCHAIC motivations of these dietary choices were (and, in some cases, ARE ALL NOW) purely religious or philosophical. They (based on the SPECIFIC CASE) require the exclusion of certain FOODS for limited periods or permanently.

On the contrary, VEGETARIANISM, VEGANISM, RAWISM and FRUITARISM are quite RECENT phenomena. These, with respect to religious and philosophical bonds, ARE NOT ORIENTED by the imposition of a spiritual faith (or guide), but by the MORALITY, EMOTIONS and ETHICS of the individual person.

As far as the SCIENTIFIC aspect of the vegan diet is concerned, the discussion becomes a bit more complicated ...
In CERTAIN physical and metabolic conditions, following (even only for short periods) the VEGAN DIET, “could“ have a therapeutic effect for the organism; for example, subjects who tend to have HYPERCHOLESTEROLEMICS, HYPERTHESIS, STITICS and those with FATTY HEPATIC STEATOSIS could benefit from it.
However, on a more IN-DEPTH analysis, if adopted PERMANENTLY, the vegan diet CANNOT be considered a BALANCED diet as it is LACK of certain extremely important molecules both for the growth and for the maintenance of the state of health of the adult and elderly.

To be honest, following a VEGETAL diet is an extremely tough, if not IMPOSSIBLE undertaking! This derives from the fact that the EXCLUSION of raw materials of animal origin also significantly LIMITS the agricultural PRODUCTION and the industrial FORMULATION of many foods that tend to be of VEGETABLE origin. Perhaps not all VEGANS know that among the most used organic organic fertilizers stand out the HORN, BLOOD, BONE FLOUR, FISH FLOUR and many other products obtained from substrates of animal origin. Also of animal origin, there are some food additives; indicative examples are the COCHINIGLIA RED dye (E124, obtained from insects) and FISH GLUE (E441, based on animal collagen). Although food labels can reveal a lot about the nature of the food, it is IMPOSSIBLE to really know whether agricultural land has been fertilized with these products or not; moreover, it is unthinkable to say the least to investigate the possible presence of certain ingredients used in collective catering (where, moreover, in the absence of ALLERGIES, one would lie without too many problems).

We therefore come to the CARDINE POINT of this short presentation: the NUTRITIONAL balance of the VEGAN or VEGETLIAN DIET.

Without any PERSONAL INTERPRETATION or CONCEPTUAL DISTORTION, by scrutinizing the data obtained from the various scientific researches, it is possible to attribute POSITIVE and NEGATIVE ASPECTS to it.

Among the NEGATIVE aspects, the most important are that:

Among the POSITIVE aspects we mention:
We conclude this brief presentation by remembering that the vegan diet, like all “particular” eating styles, is a nutritional regimen that MUST BE MANAGED in an OPTIMAL way; eventually, it can be ADOPTED with the support of food supplementation appropriately assessed by a dietetic professional, since IT IS NOT ABLE TO GUARANTEE THE MAINTENANCE OF HEALTH BY ITSELF.

Audio Video Vegan Diet - Video: Benefits, Criticalities and Nutritional Deficiencies
Vegetarian Diet: What It Is and How It Works ❯