Vegan diet: the TAR of Bolzano denies a menu without animal proteins to a child in the nursery 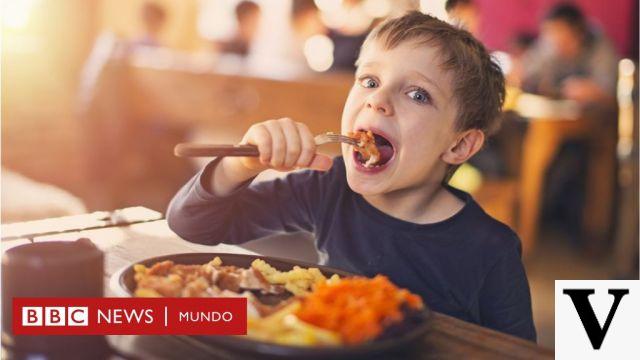 The controversy is back on vegan diet and in particular on the risks that following this diet could have on small children. The TAR of Bolzano rejected the request of two parents who asked for a vegan menu for their daughter in kindergarten.

Is it possible to have a vegan diet, i.e. without any protein of animal origin, as an alternative to the classic menus of kindergartens and schools? The question is still quite confused and things seem to change a little from region to region, from Asl to Asl and even from school to school (among other things, there are now kindergartens, obviously private, which offer menus to all their members. vegetarians or vegans).

The latest news on the matter arrives from Bolzano. A family that had requested an ad hoc vegan menu for their daughter regularly enrolled in a nursery school had a spanner in the works by the head teacher, the social services company of Bolzano (Assb) and finally also by the TAR of Bolzano. who rejected the request.
According to the ruling, parents must adapt to the possible 4 menu choices for the asylum of the autonomous province, one of which is vegetarian (milk, dairy products and eggs are therefore allowed).

The decision is definitely in contrast with a 2015 ruling by the TAR itself which had allowed the readmission to school of a child whose parents had requested the vegan menu without bringing any medical certificate on the child's health (useful to highlight any shortcomings) .


The new case is causing a certain uproar and while on the one hand the concerned parents point out that the sentence does not respect the guidelines for school catering issued by the Ministry of Health in 2010 which reads:

“Adequate food substitutions related to ethical-religious or cultural reasons must also be ensured. These replacements do not require medical certification but the simple request of the parents "

On the other hand, it was an opportunity for the detractors to relaunch the statements of the president of the Society of Preventive and Social Pediatrics who does not recommend a vegan diet in pediatric age as well as for pregnant women.

This time, Claudio Maffeis, pediatrician at the University of Verona also spoke on the subject, according to which the vegan diet would not guarantee the nutrients necessary for the needs of children:

"The omnivorous diet is the one proposed by your country of Human Nutrition as the reference one, the vegetarian one can be used (lactoovovegetariana) as long as this too is followed well, the vegan one always remains to be integrated at all ages and involves following well the child over time and monitor him carefully ".

The scientific community seems to have not yet taken a unambiguous position on the issue, we remind you for example how the American Dietetic Association (ADA), one of the most authoritative sources in the field of nutrition, expressed itself:


We too had long ago asked some nutritionists for an opinion on the real feasibility of a vegan diet for children. Here you can read what they told us.

We then told you about an American study that highlighted the benefits of the vegan diet (followed correctly) in obese children and with high cholesterol to reduce the risk of heart disease.

Which side are you on? Vegan diet for children yes or no?

On the vegan diet, you may also be interested in:

Audio Video Vegan diet: the TAR of Bolzano denies a menu without animal proteins to a child in the nursery
Vegan diet and cancer: does medicine want us sick? (VIDEO) ❯

add a comment of Vegan diet: the TAR of Bolzano denies a menu without animal proteins to a child in the nursery