Vegan diet and cancer: does medicine want us sick? (VIDEO) 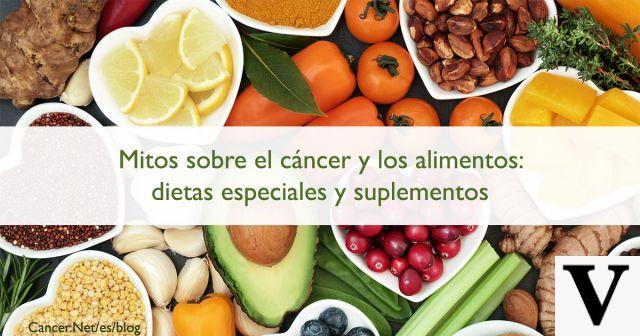 What is the relationship between nutrition and cancer? Dr. Franco Berrino, leading expert in the sector, for years director of the Department of Preventive and Predictive Medicine of the National Cancer Institute, now retired, has clear ideas:

“We need to use and think about food in a therapeutic sense. For a tumor to be born and grow it needs to find a favorable ground and with nutrition we are able to modify our internal environment and change those factors that are associated with a greater risk of cancer and a worse prognosis ".

It is with these words that Matteo Viviani responded to the “Hyena” in the new report of Le Iene sulla possible correlation between diet and cancer. After telling the story of Antonio, the Calabrian gentleman convinced that he was cured thanks to alkaline and vegetable foods from this ugly evil, the show of your country1 has returned to deal with the subject, just as the rumors of a dismissal of Doctor De Petris from San Raffaele.

The structure, which immediately dissociated itself from the message launched by the expert of cancer nutrition, specifies that the latter is not an employee of the hospital, but has a consultancy contract with the same for free professional medical services to be carried out in the clinic. Contract that "is still in progress, and there has never been any" immediate dismissal "of the doctor; the outpatient activity takes place for one afternoon every two weeks “, one reads note.


Precisely on the words spoken by his colleague, which ended up in a storm of criticism, Berrino comments:

“There are tumors in which we know that medicine has practically no weapons, no radiotherapy or chemotherapy is needed. They do the same just to do something. If that was what Dr. De Petris meant, she did very well. In these cases therapeutic nutrition could be considered as an alternative to other therapies of proven ineffectiveness, but you have to pay attention to the message ".

The fact remains that with proper dietary therapy you can really heal. This was also stated in 2007 by the World Cancer Research Fund, which advised cancer patients to base their diet on non-industrially refined plant-based food, i.e. whole grains, legumes, vegetables and fruit.

Why, then, do doctors not recommend that those who have contracted cancer follow a vegetable diet? Berrino replies to Viviani:

"There is not yet a great diffusion of knowledge […]. It must be disseminated and it takes time for this scientific knowledge to enter the culture of doctors, who in hospitals demand a different diet for the sick […]. On average, what we feed our patients in hospitals is the worst of the worst. I think it's not good for him. But, you know, I always say: we love our sick people, we want them to come back to us. Let's put it this way: if we get sick, GDP increases, there is growth, the spread decreases. Healthcare is the largest national industry. There is no economic interest in prevention".


This mixture of "ignorance, stupidity and interests", as the expert defines it, it ensures that even today the many and very important clues that tell us that with nutrition we can help the healing of the tumor are ignored. For now, that's just clues, not solid evidence which can replace other therapies. But choosing a therapy with no side effects can only improve life. And it cannot in any way worsen or damage the body.

On the benefits of the vegan diet:

Acidifying foods and alkalizing foods: the secret to rebalancing the body's pH

Audio Video Vegan diet and cancer: does medicine want us sick? (VIDEO)
Vegetarian diet: the choice that is good for the heart ❯

add a comment of Vegan diet and cancer: does medicine want us sick? (VIDEO)